Oh! What Is It That The Ancient Tamils Did Not Know? 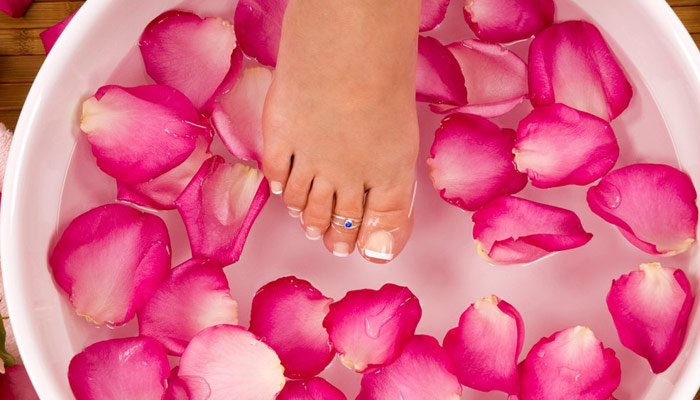 What promotes a human female from girlhood to wifehood is everybody’s guess. It is ‘marriage’ that promotes her to motherhood too. But what keeps her away from widowhood? The two ornaments that she puts on – one to adorn her neck and the other her toes. What is so special about them that every married woman is proud to display and feel proud of? Is it because they are made of precious metals? Something different.

Suspended from a strong yellow string and tied to the bride’s neck at the auspicious hour of the marriage day, thali is a symbol – an insignia that proclaims to the world that the wearer is married. She is someone’s property to be respected thereafter and not to be ogled at anymore.

Thali is the guardian to the wearer; a sort of fence as the Tamil saying goes. To every woman thali is precious, as precious as her loving husband. Temple goers invariably touch their thali with the Kumkum offered by poojaris as prasad.

Married women who value their thali perform ‘Sumangali pooja’ for strengthening the life span of their thali. When they prostrate before elders to receive their blessings and good wishes, they are blessed with the words ‘Theerka Sumangali Bhava’, meaning ‘Let you lead a long married life’, which only tells indirectly ‘Let your husband be hale and hearty forever so as to make you happy’.

Tamil society had not heard of the thali culture for centuries. Sangam literature remains dumb to the word ‘thali’ and no poet makes any reference to it till the finish of the 10th century. It was only during the 11th century a religious poet named Katchiyappa Sivachariar made a passing reference to ‘Potrali’ (golden thali) in his Kanthapuranam, a book of poems on Lord Murugan. The eminent poet Seikizhar of Periyapuranam fame sang in detail of the custom of tying thali. Kamban in his epic Kambaramayanam had devoted several verses to glorify thali. Both Seikizhar and Kamban belonged to the 12th century. And the thali came into vogue.

However, thali belongs to Tamil culture and society. Even today in spite of cultural invasions from different unwanted quarters, thali has not lost its value and significance. No marriage is complete without this half-a-sovereign of gold and every married Tamil woman takes very great pride in allowing the thali to adorn her neck.

Have you ever noticed a silver ring or two on the toes of women? Some wear plain rings, some prefer artistically designed ones, some like them with images on it, and some love it with tiny jingling bells.

Toe-ring, like the thali is a symbol of marriage. The golden thali that adorns a bride’s neck and the silver rings that adorn her toes speak of her marital status. Since thali usually hides behind a sari, the only thing that can speak to others of the wearer’s marital status is the toe-ring. She is to be looked upon with reverence.

The Ramayana of Valmiki speaks of the glory of the toe-ring in fitting terms. The monkey army brings back from Lanka all the jewels of Sita. Rama was sure that those jewels were the ones that adorned Sita’s beautiful physique. Sorrow stricken Rama gave them to his brother Lakshmana to confirm. Lakshmana for his part scrutinized them carefully. Yet he was not sure. Finally his eyes fell on the toe-rings, and he confirmed that those jewels were Sita’s. This episode in the great epic speaks at length of Indian culture. No man’s eyes, except her husband’s, should wander on any married woman’s body. He should look at her eyes or at her toe-rings and speak. That was why Lakshmana was not sure by merely looking at Sita’s jewels. Yet he could confirm with the help of her toe-rings that they were hers.

Marriages are meant to develop families. The women should have strong wombs to bear children. Ancient treatises on healthcare speak of the importance of toe-ring for it helps in proper blood circulation to a woman’s womb. The toe chosen for wearing the ring is the one next to the big toe. And this toe has the blood vessels that carry blood to the womb. When a married woman walks, this toe- ring presses the blood vessels for the proper circulation of blood so that her womb becomes healthy and makes her fertile. Acupressure experts too agree with the purpose of using toe-ring.