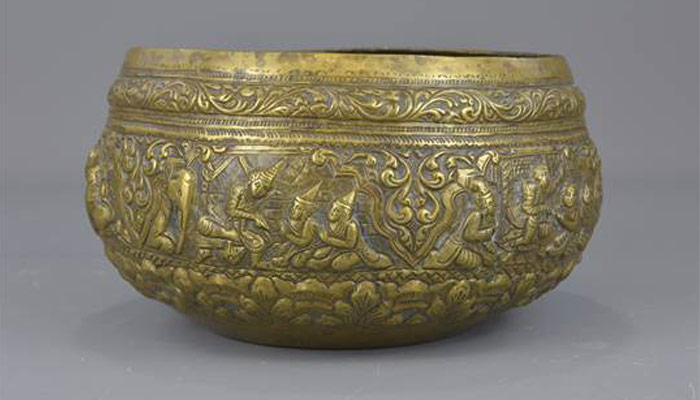 Name the Seven Wonders of the World. I asked my granddaughter, Ranji Sant. Like a parrot, she repeated all that she had learnt from history textbooks. Kudos, I said. My wife stopped me from praising her further, by interrupting me: Oh, these are all manmade wonders. Let her tell the seven god made wonders.

Ranji and I blinked for we had no idea of such wonders. We crossed our arms against our chests like school kids before a teacher wagging a cane. My wife began: Wonder of all wonders is one’s biological mother. She is the one who welcomes you to this world of wonders. The second wonder is one’s biological father. You may not know what great struggles he undergoes to keep you in good stead. The third wonder is your co-born. Be it brother or sister, s/he teaches you what true love is. A fight may ensue over a stolen cup of ice cream from the fridge. Yet it would end up in sharing. You learn the great lesson of sharing and living together in peace. Is not the one who teaches you this great lesson a wonder? Your good friend in life is the fourth wonder. You learn the art of being polite, broad minded and above all understanding the vagaries of human nature. You learn that the best friend is one who comforts you and supports you in the time of need. Above all you have a shoulder to lean over and speak of your stress and strain. Nobody else would listen to you with rapt attention and give you the best of suggestions to wriggle out of the predicament.

The fifth great wonder is your spouse. An understanding spouse is more than your best friend. S/he sees only your plus points and ignores all your minuses. Your spouse by your side, you become a warrior and fight against the tigers in sheep’s hyde. In old age you understand that you are nothing without the helping hand of your spouse. Your child born of your loins is definitely the sixth wonder in your life. What great sacrifices you do to see your child grow up! Is there a father who does not give away all that he has earned to his child? Or is there a mother who eats away all that she has without giving a major share to her kid? If there is one, then that one is a shame on earth. Now to the seventh and last one. That is one’s grandchildren. They become very special to you, for they make you experience your second childhood. You too like to stay on Planet Earth for their sake.

This world is made of love. Hatred only balances it. Starting from your mother’s caring kisses and ending with your grandchildren’s affectionate kisses you feel life goes on a full circle. You understand the meaning of the old wise saying: In my beginning is my end. And in my end is my beginning. Don’t you think that these are the real wonders of the world? These wonders are not for you to see but feel, for they are inside you. But without realizing ourselves we dig into textbooks to know about the seven wonders of the world, that are only of ephemeral value.

Ranji expressed her appreciation by beaming a smile at her granny. Wonderfully told, I complimented. My wife thanked me for lending her my ears, which I rarely did. To keep the story session going I remarked, Yes, what you said is true. We search everything in the outside world, including God, when God himself resides in us. This is to say that we rarely understand ourselves and miserably under estimate our values.

Once a beggar seeking alms walked into a market place and found a goldsmith busy in making an ornament. He thought he was the right person and so moved towards him and pushed his begging bowl close to the goldsmith’s face. The goldsmith raised his eyes from his ornament and was about to hurl expletives at him. But the next moment he calmed down as the beggar’s bowl arrested his attention. He snatched it from the beggar and turning it this way and that way, he scrutinised it. Pulling out a tool from his kit, he started scraping the outer surface of the bowl.

The beggar was almost in tears. He said: “Oh, master! That’s the only bowl I have. Please do not break it. Even if you don’t give me anything, it is alright. But return it to me.” The goldsmith continued to work on the bowl and asked him who its original owner was. The beggar said: “My great grandfather. A mendicant once gave it to him and said, ‘Make a living out of it’. And I am its fourth generation owner”. The perplexed goldsmith howled: “What? With this bowl in hand four generations were begging, eh?” “Yes, sir,” came the reply.

The goldsmith heckled at the beggar before he said: “This bowl is made of pure gold, you stupids! You were begging for food without knowing that you are holding a fortune in hand.”