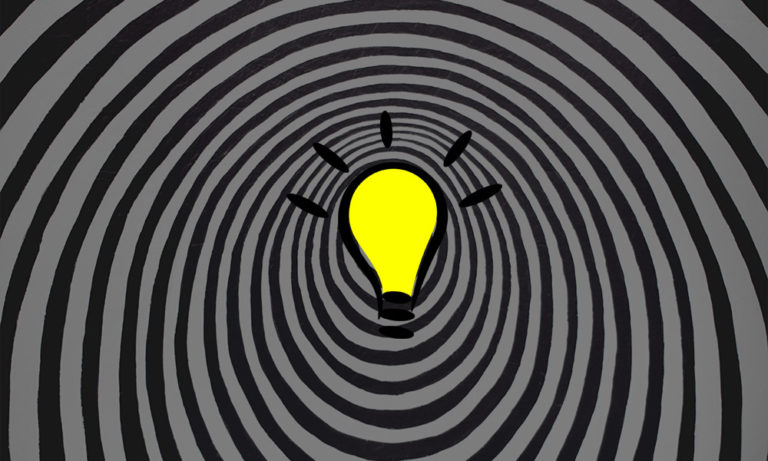 This happened in a store in the US. A buyer asked for a half kilogram of butter. A young man in charge of sales said that the store sells only one-kilogram packs. Yet the buyer insisted on buying only a half-kilogram. The salesperson went inside to meet his manager to get things right. “An idiot outside wants to buy only half-a-kilo of butter,” he said to the manager, without knowing that the customer was standing right behind him.

Hearing him speak like that the buyer in a fit of fury placed his hand on the young man’s shoulder. The latter turned back to know who it was only to experience the shock of his life. His face, of course, changed a bit but yet he immediately added, “And this gentleman wants to buy the other half.”

When the buyer left, the manager appreciated the young man for being clever enough at the right time and thereby saving his job. He then asked, “Where do you come from?” The clever fellow replied: “Brazil. My place consists of only call girls and football players”.

Furious at his words, the manager howled: “My wife is also from Brazil”. But the young man in an excited mood asked, “Oh, is it? Which team does she play for?” and thereby saved his skin.

What a presence of mind! Look at how the young man escaped unscathed both times. One can be mischievous provided one does not panic when on the verge of being caught and uses one’s brain to escape unharmed.

Can a human mind create anything? A well-known naturalist, Comte de Buffon, was once asked that question, to which the Frenchman whose wide-ranging ideas led to fresh interest in natural science, and foreshadowed the theory of evolution, replied: “No! It cannot. It produces nothing until after having been fertilized by experience and meditation; its acquisitions are the germs of its production.” It is true that a fertilized mind is made up of all the minds of the preceding ages. Experience is the most essential element in the development of real personality.

Necessity is the mother of inventions. Who can ever doubt the saying? Once a tramp reached a village, thoroughly worn out. He was so hungry that his pinching stomach gave him a bright idea. He moved around announcing of a miraculous plant that can revive anyone at the edge of his/her grave and that he was willing to share his secret. Overwhelmed, a rich man pulled him into his home and treated him to a sumptuous meal. The clever tramp’s stomach was full and he burped. The host then reminded him of the secret of the wonder plant he was willing to share. “Oh, sure! Come along. It is in the neighbourhood only,” said the guest. They went out together, with all the secrecy required. The cheat stopped at a safe distance from the village and pointed his finger at a paddy field. “Come on! Take a look at the miraculous plant that can bring back the dying to life.” Flabbergasted, the rich man said, “You mean this common paddy plant! I hope you are not joking?” The clever fellow replied: “Certainly not. Without the food provided by this paddy plant I just ate at your home, I’d be dead at this hour.”

It is not enough to have brains. But how well we put them to use matters. It is said that the biggest human brain on record was that of an idiot; one of the smallest was that of the gifted French writer Anatole France. This writer, as every good reader knows, was called a 20th century Voltaire, the most piercing satirist of his generation. A truckload of folktales in our country speaks highly of the power of the human brain. The best examples are King Vikramaditya and the vampire stories, Tenali Raman, Mariadai Raman and Birbal stories. Read a story a day from any of these treasuries, then mull over it to find the truth of the matter and you will know how the tale-tellers of yore have put their brains to proper use. Each story is a saving grace that can easily pull you out of any critical situation. Hence use not only all the brains you have but all you can borrow.

Sometimes the mind ought to be diverted that it may return to better thinking. On the bed, a husband tapped his wife’s shoulder and the woman understood. She turned over and said: “Tomorrow I have an appointment with a gynaecologist”. The rejected husband kept quiet for some time. He then whispered in her ear: “Do you have a dentist appointment tomorrow too?”