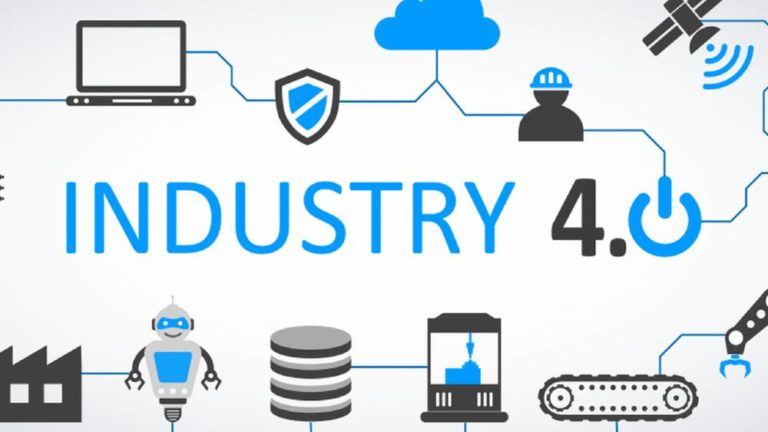 The pandemic is credited with having fundamentally changed the way we live, work and socialize. But a closer look would reveal that it has merely catalyzed a disruptive transition that was gradually unfolding anyway – the Fourth Industrial Revolution.

History narrates the far-reaching ramifications of the three industrial revolutions that defined the past three centuries. In each of these revolutions, there was always some definitive technology that triggered the disruption, which led to a change in the way people work, live, and interact with each other.

During the First Industrial Revolution, which began roughly in the mid-18th century, it was the use of water and steam power to mechanize production that led to new manufacturing processes in Europe and the United States. This gradually impacted the rest of the world through colonies and trade; even long-distance communication saw many advances with telegraphs and signaling systems.

The Second Industrial Revolution, which began in the late 19th century and picked up pace in the early 20th century, pivoted around electric power, which was instrumental in mass production and standardization.

The third, and most recent revolution, came through information technology and the internet. Its leading fallout has been globalization with new forms of communication that impacted everything from trade and transportation, to international flows of funds and exchanges of culture. Effectively, it broke down barriers and critical elements that got interrelated across the planet. It was best defined as having made the world a ‘global village’.

Each of these revolutions built on previous technology but took it to greater heights, giving a massive boost to growth, productivity and efficiency. Due to the disruption wreaked in workspaces, these transformations initially resulted in mass unemployment, followed by reskilling and then employment in jobs that never existed before. Eventually, they gave a fillip to the standards of living of wider segments of society, making available to the masses what was previously only available to a select few.

We are now hurtling irreversibly through a Fourth Industrial Revolution – which actually began in the middle of the last century. This revolution is evolving at an exponential rather than linear pace and is disrupting almost every industry in every country and transformation entire systems of production, management, and governance.

The IMF’s World Economic Forum (WEF) suggests that the Fourth Industrial Revolution is characterized by a fusion of technologies that is blurring the lines between the physical, digital and biological spheres in ways that create both huge promise and potential peril. Being an independent international organization committed to improving the state of the world by engaging business, political, academic, and other leaders of society to shape global, regional, and industry agendas, the WEF sees the Fourth Industrial Revolution as more than just technology-driven change; it is an opportunity to help everyone, including leaders, policy-makers and people from all income groups and nations, to harness converging technologies in order to create an inclusive, human-centered future. The real opportunity is to look beyond technology and find ways to give the greatest number of people the ability to positively impact their families, organizations, and communities.

The possibilities of billions of people connected by mobile devices, with unprecedented processing power, storage capacity, and access to knowledge, are unlimited. And these possibilities will be multiplied by emerging technology breakthroughs in fields such as artificial intelligence, robotics, the Internet of Things, autonomous vehicles, 3-D printing, nanotechnology, biotechnology, materials science, energy storage, and quantum computing.

Describing the visible impact of the Fourth Industrial Revolution on businesses, the WEF says that on the supply side, many industries are seeing the introduction of new technologies that create entirely new ways of serving existing needs. This is significantly disrupting existing industry value chains. At the same time, disruption is flowing from agile, innovative enterprises with access to global digital platforms for research, development, marketing, sales, and distribution. These young ‘startups’ can overthrow well-established corporations faster than ever before simply by improving the quality, speed, or price at which value is delivered.

On the demand side too, there are major shifts occurring. These include growing transparency, consumer engagement, and new patterns of consumer behavior, which are driven by access to mobile networks and data. These shifts pressurize companies to adapt the way they design, market, and deliver products and services.

When it comes to people, the Fourth Industrial Revolution is expected to change not only what we do but also who we are. This is because it will alter our sense of privacy, our notions of ownership, our consumption patterns, the time we devote to work and leisure, and how we develop our careers, cultivate our skills, meet people, and nurture relationships. Klaus Schwab, Founder and Executive Chairman of the World Economic Forum, goes so far as to say that sooner than we think it may lead to human augmentation. Then, the possibilities will be endless because we are bound only by our imagination.

The greatest caution that shrouds this revolution is its danger of diminishing some of our quintessential human capacities, such as compassion and cooperation. However, as the WEF concludes, it all comes down to people and values. “We need to shape a future that works for all of us by putting people first and empowering them. In its most pessimistic, dehumanized form, the Fourth Industrial Revolution may indeed have the potential to “robotize” humanity and thus deprive us of our hearts and soul. But as a complement to the best parts of human nature—creativity, empathy, stewardship—it can also lift humanity into a new collective and moral consciousness based on a shared sense of destiny. It is incumbent on us all to make sure the latter prevails.”