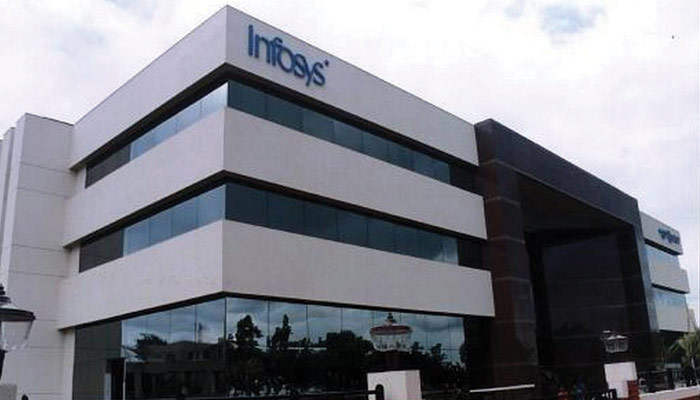 After two years again, Infosys is under public scrutiny with accusations of impropriety. Some whistleblowers, lashed with emails and recordings to support their claims, have accused Salil Parekh, the company’s chief executive officer, of instigating employees to inflate profits. In a statement to the exchanges, Infosys said that one of its board members received two anonymous complaints on September 20 and on September 30, titled “disturbing unethical practices” and “whistleblower complaint.” Another letter dated October 3, 2019 was written to the office of the Whistleblower Protection Program, Washington D.C. After the letter, shareholders lost 16% of market capitalisation in one day. This out-of-proportion reaction of the market to one letter is indeed a matter for concern.

For decades, Infosys was regarded as not just a bellwether in the IT space, but also as an upholder of professional ethics and good governance. Infosys stock is up 17% in 2019, despite 10% EPS cuts in FY20. The stock rally this year was explicitly driven by hopes of management stability returning; the new allegations will therefore hurt. As usual the company said in a statement that “These complaints are being dealt with in an objective manner.” Investors should watch critically for the outcome of the investigations.

AN anonymous Infosys employee group who call themselves “Ethical Employees” wrote a letter directly accusing Infosys Chief Executive Officer (CEO) Salil Parekh and Chief Financial Officer (CFO) Nilanjan Roy of misreporting financials and lying to investors. The whistleblowers also state that they have voice recordings of the CEO and the CFO and e-mail transcripts to back up all their claims.

Allegations of the Anonymous Employee Group

Here are the allegations of the anonymous employee group.

1) Aggressive accounting of revenue and cost

The group claims the company asked them not to fully recognize costs like visa costs to earn more profit. It added that when the auditor pointed it out, the issue was postponed by the company. “This quarter there is a lot of pressure to not recognize reversals of $50 million of upfront payment, which is against accounting practice,” the group claimed. The group stated Infosys was hiding critical information from auditors and the company board. The group accused the company of asking them not to share such information with auditors. “In large contracts like Verizon, Intel and JVs in Japan, ABN AMRO acquisition, revenue recognition matters are a force, which is not as per accounting standards,” the letter stated.

Management is pushing for higher risk-taking by the treasury function to boost other income. “CEO and CFO are asking us to show more profits in the treasury by taking up risks and make a change to policies. This will provide short-term profits,” the group claimed.

3) Biased and incomplete reporting in investor presentations and annual reports

The group said the company has asked them not to make key disclosures in 20F and annual reports and to share only good and incomplete information with investors and analysts. The group claimed that whosoever disagrees with these orders is “sidelined and many of them leave”. The group said in the large finance team, important employees leave due to pressure to make deals look good.

4) “Salil Parekh prevents us from highlighting issues in board meets”

The group has accused Salil Parekh of “bypassing reviews and approvals and instructing sales department of the company not to send approval”. “He directs them to make wrong assumptions to show margins. CFO is compliant and he prevents us from showing in board presentations large deal issues.”

The letter also quotes Parekh making controversial remarks against two board members – DN Prahlad and D Sundaram. The group says the CEO had told them that “no one in the board understands these things, they are happy as long as the share price is up. Those two Madrasis (Sundaram and Prahalad) and Diva (Kiran) make silly points; you just nod and ignore them”.

The accusations are straightforward.

The letter was first sent to the Infosys Board of Directors (BOD) and when that did not elicit a response they sent it to the US Security & Exchange Commission (SEC), the body that’s responsible for regulating stock markets in the US. As per media reports, Infosys’ Deputy CFO, Jayesh Sanghrajka, resigned last week after having spent close to 14 years with the firm over two stints. While his resignation and these allegations could be completely unrelated, it will raise questions around the timing.

Infosys has acknowledged the complaint and has directed its internal audit committee to investigate the matter. Later on, October 21st, Infosys issued a press release confirming the receipt of this complaint. The company issued a small clarification saying that the issue has been placed before its Audit Committee (AC) and that it will be investigated as per its whistleblower policy.

“These complaints are being dealt with in an objective manner,” Infosys chairman Nandan Nilekani said in a statement. “We will ensure that the generalized allegations are investigated to the fullest extent.” Infosys had retained law firm Shardul Amarchand Mangaldas & Co, a prominent Indian law firm, to look into the allegations. “The board is committed to uphold the highest standard of corporate governance and protect the interests of all stakeholders,” Mr. Nilekani said.

Infosys only saw sell orders and no buy orders on the BSE and NSE. It was the top loser on both Sensex and Nifty. US-listed AD`of Infosys plummeted nearly 16%. Continuing its trends, Infosys ADR opened 15.5 percent lower at $8.94 and was moving near its 52-week low level of $8.85.

Two years ago, a similar whistleblower complaint claimed irregularities in a $200 million acquisition of Panaya company, setting off a chain of events that reach a pinnacle in a vicious face-off with co-founder Narayana Murthy and Vishal Sikka’s removal. The accusations against Sikka were never proven. Vishal Sikka and Salil Parekh were the first outside CEOs brought in to run the Infosys, after several decades of co-founders taking turns to occupy the CEO’s office. Infosys’s shares have gained 50% since Parekh took the helm in January 2018, vs. roughly 20% over Sikka’s three-year term. And the company’s revenue grew by about 25% during both their tenures. Yet the number of whistleblower complaints spiked during Sikka’s and Parekh’s reigns, covering a plethora of topics.
What’s wrong with Infosys? Infosys, headquartered in Bangalore, is one of India’s largest outsourcing companies. It reported revenue of $12 billion in the last fiscal year and has nearly 230,000 employees worldwide, including thousands in North America. This is not the first time the company has been hit by controversy over its finances. Parekh’s predecessor, Vishal Sikka, stepped down in 2017 after a public spat with Infosys co-founder N. R. Narayana Murthy over executive pay and other issues.

Infosys itself is grappling with the fundamental shift in the IT industry, where younger rivals (likes of LTI, Mindtree, etc.) are snatching away contracts with newer technologies, and clients are moving away from the traditional business model that Infosys and rival Tata Consultancy Services (TCS) literally pioneered and specialized in.

At Infosys, revenue growth slowed to single-digit, while operating margins shrank drastically. That marked the end of an era when its co-founders delivered stellar performances quarter after quarter (QoQ), attracting the stock to investors. At the peak of the dotcom bubble, Infosys was trading at a 1-year forward PER of 100x. This month, Infosys posted a 2% fall in quarterly profit as clients held off on spending and growth in traditional service contracts impeded. Both Parekh and Sikka have stressed investments in innovation, digital services and re-training employees in the latest technologies such as automation and artificial intelligence (AI).

Lack of investments in new technologies and declining retention ratios of clients have eroded the future capabilities of Infosys. Infosys has nothing to offer to the new businesses of existing clients and it doesn’t have capabilities to match its competition for new clients. What to Do with Infosys Stock?

The nature of allegations and the fact that it comes directly from its employees makes this a serious matter. It is a huge setback for the company. If proven, this can lead to the CEO and CFO being let off with potential SEC investigations against them. Even if these are not proven, this can start a period of potential uncertainty amidst management ranks and clients. It will not be unreasonable to assume that such issues eat a lot of times of management and the board which can put a lot of pressure on growth and execution. It could de-rate multiples until clarity emerges.

Strong corporate governance has been

one of the primary attributes of Infosys. Such allegations can again flare up differences between the founders and the board and also raise corporate governance issues. Allegations, as reported in the whistleblower letters, can potentially put a risk to significantly de-rating of the stock. The stock corrected to 1-year forward PER of 11.6x in July 2013 when Narayana Murthy led restructuring happened and the stock was de-rated from 20x to 13x in 2017 surrounding the Panaya acquisition in the Vishal Sikka’s leadership. The Infosys stock massively underperformed TCS and the BSE IT index in those years. Currently, Infosys is trading at a 1-year forward PER of 17x FY21E.

For decades, Infosys was regarded as not just a bellwether in the IT space, but also as an upholder of professional ethics and good governance. Widely admired companies usually have the most to lose by the slightest sign of a scandal. It could be a matter of days or weeks before evidence is gathered and the investigation concludes.
Investors should watch critically for the outcome of the investigations. Any significant change in sales strategy or top management resignations could increase uncertainty around growth. Whether proven or not, these allegations can lead to a lot of potential uncertainty for Infosys.

Infosys stock is up 17% in 2019, despite 10% EPS cuts in FY20. The stock rally this year was explicitly driven by hopes of management stability returning; the new allegations will therefore hurt. This investment thesis is very much questionable now! 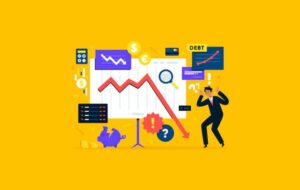