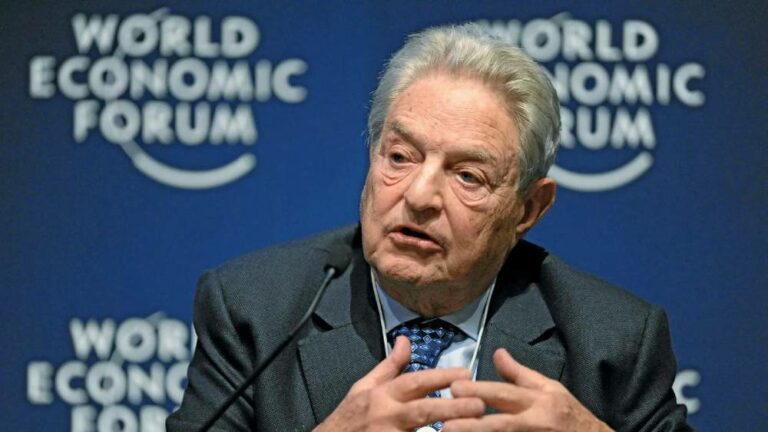 Two years back, Open Society Foundations (OSF) promoted by billionaire philanthropist George Soros had moved the Delhi High Court against the Centre’s decision to place it under a “watch list” for funding NGOs and associations that are not registered under the Foreign Contribution Regulation Act (FCRA). Indian law requires that any NGO that expects to receive foreign funds has to mandatorily register under the FCRA.

The very next day Mr. Soros criticised the Narendra Modi government at the World Economic Forum in Davos citing its actions in the Kashmir Valley and the Citizenship (Amendment) Act, 2019 as the “biggest and most frightening setback” to the survival of open societies worldwide.

After that the far left propaganda portal The Wire won ‘Free Media Pioneer Award’, awarded by the International Press Institute which recognised it as “a leader in India’s digital news revolution and an unflinching defender of independent, high-quality journalism”. International Press Institute is supported by Open Society Foundations which has its wings spread over 120 countries.

OSF funds so-called digital news websites to indirectly influence the political narrative. Alt News, the propaganda site in news these days, has been certified by International Fact-Checking Network (IFCN) which in turn is supported by the Poynter Institute. Next surprise – Poynter Institute is funded by George Soros’ Open Society Foundation and tech giants like Facebook and Google.

George Soros is known for openly admitting to toppling ‘unfavorable’ governments and has identified nationalism as a threat. Now it is an open secret that OSF covertly attempted and funded a network of clandestine initiatives including the Extinction Rebellion, which allegedly created the toolkit to flame the farmer protests. The goal? To topple the Modi government. No surprise it has very deep links within opposition parties, their Foundations and NGOs like Rajiv Gandhi Foundation and so-called Civil Society leaders and their NGOs like Aman Biradari Trust. In fact all the Modi-bashers.

In January 2022, The Man Behind the Curtain: Inside the Secret Network of George Soros, a book written by Matt Palumbo was released wherein the author details Soros’s connection to American politics, and illustrates how Soros controls not only what is written about him, but also influences how the American public perceives news events. Soros created a financial concept called reflexivity, which Palumbo says is “brilliant,” because it can cause what Soros wants in the finance sector to happen.

Palumbo writes, “Soros realized that expectations set reality. If you tell people what to expect, they’re going to reinterpret reality. For whatever reason, if people think something’s going to happen, it actually will happen” Soros applied this to media companies’ coverage to make people believe something that did not actually happen, happened. Soros-backed media agencies use this concept to create false narratives and make people believe in something that did not actually occur. In USA it is an open secret that there are many Soros-linked mainstream media organizations including, CNN, ABC, CBS, Washington Post, and New York Times. The list is very long if the media houses of other countries are added.

A Hungarian by birth, George Soros lived through the Nazi occupation, which resulted in the murder of over 500,000 Hungarian Jews. His family survived by securing false identity papers. Soros left Budapest in 1947 for London, working part-time as a railway porter and waiter to support his studies at the London School of Economics (LSE). While at LSE George Soros was influenced by Karl Popper’s book Open Society and Its Enemies, wherein Popper argues that no philosophy or ideology is the final arbiter of truth, and that societies can only flourish when they allow for democratic governance, freedom of expression, and respect for individual rights. In 1956, he emigrated to the USA, entered the world of finance and investments, launched his own hedge fund and went on to become one of the most successful investors in the history of the United States. No doubt, a brilliant man indeed and a life to be admired.

According to a report Soros has spent more than $52 million funding media properties, including the infrastructure of news – journalism schools, and even industry organizations. Soros’s foundation claims to promote democracy and individualism, but in reality, it supports a more radical agenda, writes Palumbo.

Having such high ideals and money to support anything and everything, George Soros must introspect how he wants to be remembered – a good-intentioned philanthropist or a cold-blood-thirsty billionaire.