In all nearly 9.3 lakh people surrendered their Indian passports since 2015 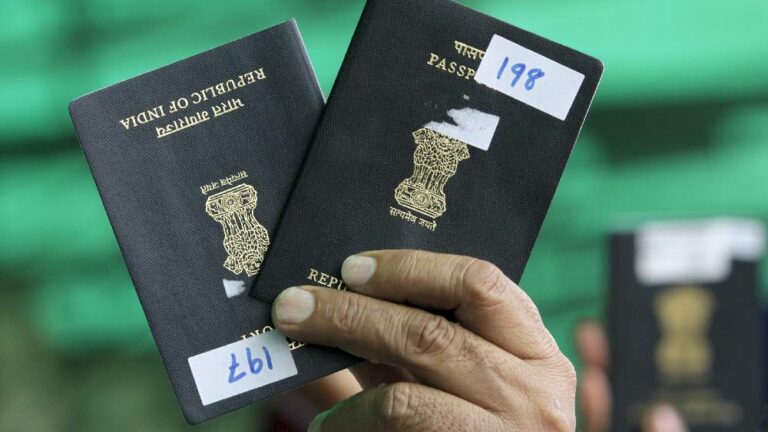 Prime Minister Narendra Modi as usual initiated the Tiranga Yatra and talked about how this yatra will help people integrate and work for a New India by 2022. But we should also not ignore the startling data released by the Ministry of Home Affairs to a parliamentary response. It says, “As many as 1.63 lakh Indian citizens relinquished their citizenship last year, with nearly half of these taking up citizenship in the US. A recent report says that 23,000 dollar-denominated millionaires have left India between 2014 and 2018 alone.

What are the similarities in these nations?

And these are not the people who receive free ration from the government. These are the highly talented individuals, professionals, and entrepreneurs. They come under the so-called Brain Drain list.

The number is not small so it has to be studied. After all people don’t leave countries unless there is a compelling push or pull factor. The pull factor has always been there but since the emotional upheaval of being sequestered from close family bonds is so strong, not many could muster the courage to act upon the enticing factors. For any Indian individual family considerations have huge influence on personal career and business decisions. Most people are still not ready for the culture shock. But pull factor is more attractive to the younger generation – those born after 1991, which is considered a landmark divider year for India.

First reason that comes to mind is the fast diminishing faith in institutional governance. Institutional harassment is rising without any trusted legal framework in existence. Bribery and corruption in judiciary makes it difficult for the people to get justice in short time. With all the gradual advancement almost half of the population still struggle for basic amenities like clean drinking water, public health infrastructure, and transport systems. It has existed since 1947 but the young generation is not so tolerant unlike their forefathers to all these nonsense when there are places on earth that provide them what they need. Rising crime graph and political radicalism attract no one which India offers. Sense of belonging has changed its fabric and certainly for good.

Millennials have smartphones in their hands that bring to them happenings in real time around the whole world. Data says that big number of youngsters is underemployed. Educational degrees being issued by Indian universities are just a piece of paper for most Indians. It is the biggest reason why everyone prefers to go abroad for advanced studies. And those who go to study abroad therefore choose to remain there.

The main worrisome factor is the lot which has the strength of knowledge coupled with zeal to do something new; those who could provide jobs – entrepreneurs. Ease of Doing Business in India is absolutely not there. System hasn’t changed. It remains same with the same government officials and administrative machinery. Red tape has with all its might, even with the central government’s huge focus, make sure India’s MSME sector remain in a state of paralysis.

The Indian expats working abroad average 38.7 years. The gender split among them is 81 percent men and 19 percent women. The trend is right now exponentially rising. India does not offer dual citizenship so people seeking citizenship in other countries must give up their Indian passport. However, Indians who renounce citizenship can still apply for an Overseas Citizen of India card, which gives them the benefit of residing and even running a business in India. All this makes decision making difficult. THEN WHAT’s THE REASON?