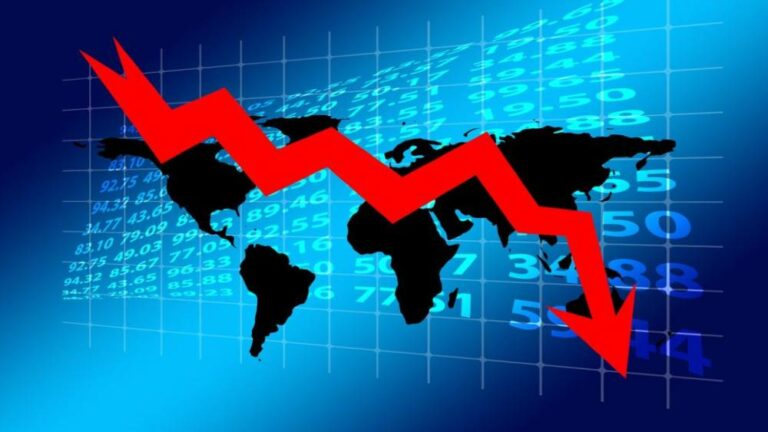 The global economy continues to face steep challenges, shaped by the lingering effects of the Russian invasion of Ukraine, a cost-of-living crisis caused by inflation pressures, and the slowdown in China. Indian economy may not be directly affected by some major issues yet it is not decoupled.

The strong wind of inflation is blowing across nations. Inflation in the US is already at a four-decade high while UK inflation is expected to cross 18% in 2023. Central bankers including US Fed have been raising interest rates so as to tame inflation but the downside to it is a slowdown in economic growth.

Inflation has forced the Reserve Bank of India to hike the repo rate by 50 basis points to 5.90%, the fourth straight increase in the current cycle, to tame sustained above-target retail inflation rate. RBI had slashed the repo rate in March, 2020 with an aim to cushion the impact of covid-induced lockdown, and maintained status-quo in the benchmark interest rate for almost two years before increasing it on May 4, 2022. The RBI also projected the GDP growth on an inflation-adjusted basis for the financial year 2022-23 at 7%, lower than 7.2% earlier.

India is not alone. Over 90 central banks have raised interest rates this year, with half of them hiking by at least 75 basis points in one shot. Sweden at 100 basis points and the Swiss National Bank and the U.S. Federal Reserve at 75 basis points were the big ones. It had its impact on the markets as well, with global stocks declining.

All economic indicators strongly support the fact that global growth will slow down. The International Monetary Fund has cut its projection of India’s economic growth in 2022 to 6.8 per cent. The IMF had in July projected a GDP growth of 7.4 per cent for India in the fiscal year. Even that forecast was lower than 8.2 per cent projected in January this year. The country had grown at 8.7 per cent in 2021-22 fiscal.

International Monetary Fund indicates that more than a third of the global economy will contract in 2023, while the three largest economies – the United States, the European Union, and China – will continue to stall. Growth rate projections for China is 3.2 per cent, down from 8.1 per cent growth rate in 2021.

In China, the frequent lockdowns under its zero-COVID policy have taken a toll on the economy, especially in the second quarter of 2022. In the United States, the tightening of monetary and financial conditions will slow growth to 1 per cent next year.

US technically in a recession

The U.S. economy contracted for two consecutive quarters in the first half of 2022, according to a government report, which places it technically in a recession. The country’s gross domestic product (GDP) fell by 0.6 percent on an annualized basis in the second quarter; the first-quarter GDP dropped by 1.6 percent.

According to JPMorgan Chase CEO Jamie Dimon the United States is likely going to head into recession territory in the next six to nine months. He feels the S&P 500 could fall by ‘another easy 20 percent’ in the near future as Europe is already in recession … and they’re likely to put the U.S. in some kind of recession six to nine months from now. Dimon also noted unknown effects from the conflict in Ukraine and more Federal Reserve monetary tightening. The Fed raised interest rates by three-quarters of a percentage point in September, the third consecutive rate increase of that amount. Dimon is unsure how long a recession in the United States could last. “It can go from very mild to quite hard and a lot will be reliant on what happens with this war so, I think to guess is hard; be prepared,” he added.

In June, Goldman Sachs had predicted a 30 percent chance of the U.S. economy tipping into recession over the next year, while the economists at Morgan Stanley placed the odds of a recession for the next 12 months at around 35 percent.

Britain and EU too are facing the heat. Britain’s economy also contracted in August after slender growth in July, with production and services output sliding. Gross domestic product shrank by 0.3 percent in August after a downwardly-revised expansion of 0.1 percent in July.

At Jackson Hole Economic Policy Symposium 2022 in Wyoming Federal Reserve Chief Jerome Powell signaled the central bank would keep raising interest rates to tame inflation. The U.S. economy will need tight monetary policy “for some time” before inflation is under control, Powell said. That means slower growth, a weaker job market and “some pain” for households and businesses, he added. U.S. stock indexes have retreated since the turn of the year as investors priced in the expectation of aggressive interest rate hikes and a slowing economy.

Powell said that the Federal Open Market Committee’s (FOMC) overarching focus right now is to bring inflation back down to our 2 percent goal. Currently, it is almost 9%. What that means is that the rate hikes may continue till the inflation numbers slide down. “While higher interest rates, slower growth, and softer labor market conditions will bring down inflation, they will also bring some pain to households and businesses. These are the unfortunate costs of reducing inflation. But a failure to restore price stability would mean far greater pain,” said Powell.