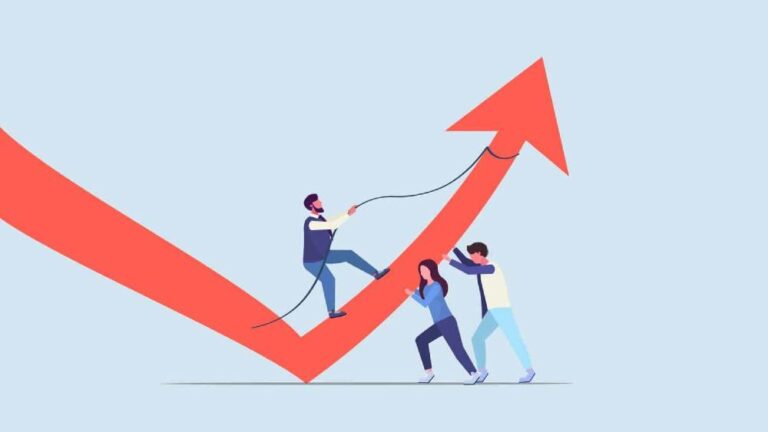 The country and the saving habits of people have undergone a sea change in the recent years. Unlike earlier attraction of being satisfied with a moderate returns from fixed deposits, real estate and gold now people are more interested to beat inflation. As a result now the household savings are increasingly moving away from the traditional preference for bank deposits and physical assets like real estate and gold towards investments in financial assets. Financialisation of savings is growing in the country rapidly, and the assets under management will grow to nearly three-fourths of GDP in five years to FY2027.

For long, policymakers have been desiring to increase financialisation of savings, which entails diverting savings away from physical assets like gold and real estate to financial ones like mutual funds, exchange-traded funds, equities etc.

Rating agency Crisil forecasts that the assets of the managed investments industry are likely to double to Rs 315 trillion, or 74 per cent of GDP by 2027, from Rs 135 trillion, or 57 per cent of GDP as of March this year. Financialisation of assets and its increasing flow into the managed investments industry in recent years have been backed by buoyant debt and equity markets on the back of excessive liquidity. In fact, just five fiscals ago, the industry’s assets totted up to 41 per cent of GDP.

Unlike earlier, now, with rising inflation, households are seeking higher returns than what fixed deposits can offer. As a result, now household savings comprise over two-thirds of India’s total gross savings in recent years, except for FY21, the pandemic year, when this proportion shot up to 78.5 per cent touching Rs 43.9 lakh crore. There are many catalysts for this development – first of all is the rising middle-class disposable income. Secondly, directed efforts at financial inclusion and digitalisation, which has played a big role in this shift of preferences. Thirdly, the ease of investing in mutual funds and stocks and not to forget the government incentives which too has helped to channel savings to the industry.

Out of the above mentioned Rs 135 trillion, the study shows, life insurance accounts for the biggest chunk of the total managed investments industry, with over Rs 53 trillion of assets under management (AUM) as of last fiscal, amounting to 39% of the total industry assets followed by mutual funds, with over Rs 38 trillion in AUM, or 28.4% of industry assets. The AUM of the National Pension System (NPS) rose to Rs 7.36 trillion in FY22, clocking 33.7% compounded annual growth rate over five years.

Investments in provident fund (PF) grew to Rs 25 trillion at the end of March 2022 from Rs 12 trillion at the end of March 2017. Though all these investments account for only 10% of households’ gross financial savings, they have gained from a big shift out of bank deposits. Over the past decade, there has also been a sharp rise in investments into big-ticket capital market instruments such as alternative investment funds and portfolio management services, which require minimum investment of Rs 1 crore and Rs 50 lakh, respectively.

Enhancing investor experience and attracting domestic flows with suitable product structuring will enable industry growth, the report said, adding that building a strong foundation based on transparency, disclosure, and investor communication will be crucial.

“Much has happened in the investment landscape over the past five fiscals, yet the industry has barely scratched the surface given the potential in different categories — and compared with how such assets have grown in the developed countries,” Ashish Vora, the head of Crisil market intelligence and analytics, said.

There is a need to focus more on the distribution front to increase penetration and financial awareness in the hinterland, and the segment will have to be incentivised sufficiently to help. The industry needs to boost understanding of its products, and move to education from mere awareness. The report also warns that a prolonged disruption in the financial markets or liquidity conditions can impact investor experience.

On the face of it these are very good developments since it has brought a financial awakening but it is certainly shaking up the traditional banking system.

The massive layoffs by the tech companies this year alone have surpassed the levels from the Great Recession the world went through 2008-2009 that began with Lehman Brothers collapse. In 2008, tech companies laid off about 65,000 employees, and a similar number of workers lost their livelihoods in 2009, according to data by global outplacement and career transitioning firm  Challenger, Gray & Christmas.

By comparison, 965 tech companies have laid off more than 150,000 employees this year globally, surpassing the Great Recession levels of 2008-2009. Led by companies like Meta, Amazon, Twitter, Microsoft, Salesforce and others, the tech layoffs are set to worsen early next year amid ongoing global macroeconomic conditions.

According to a MarketWatch report, layoffs are part of a strategy by tech firms to maintain viability through 2023 and beyond. Data showed that 1,495 tech companies have sacked 246,267 employees since the onset of Covid-19, but 2022 has been the worst year for the tech sector and early 2023 can even be grimmer. As of mid-November, more than 73,000 workers in the US tech sector have been laid off in mass-level job cuts led by companies like Meta, Twitter, Salesforce, Netflix, Cisco, Roku, and others. Over 17,000 tech employees have been shown the door in India too.

Big Tech companies like Amazon and PC and printer major HP Inc have joined the global layoff season, and were set to lay off more than 20,000 and up to 6,000 employees in days to come, respectively. Networking giant Cisco has started slashing nearly 4,000 jobs globally. Google is reportedly bracing for a massive layoffs early next year.