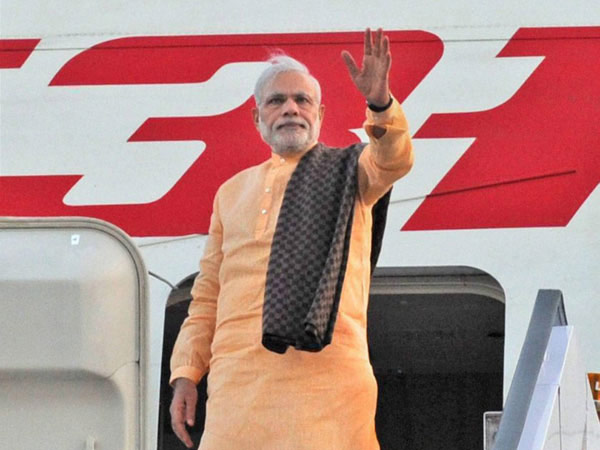 In a foreword to journalist Ravi Velloor’s book “India Rising: Fresh Hope, New Fears” Singapore’s former foreign minister George Yeo writes that “Prime Minister Narendra Modi has surprised many by the brilliance of his foreign policy, keeping all external forces in dynamic balance….and there is also no danger that India can be made use of by others to contain China.” He said it all. Modi has been repeatedly trolled on the assumption that he spends most of his days abroad. His trips are criticized as being ‘a managed PR exercise show.’ Even if it is, India desperately wanted this exercise. When a country’s head visits another country, it is neither a holiday trip, nor he is just there to attend a customary dinner that he should slip out unnoticed. Rather, he is out there to let others know how his country is doing and whatever plans are for the future. Let the whole world know, as the rhyme goes. Modi is literally following this line.

In total, 60,000 British Indians witnessed a rock star reception at Wembley stadium, according to the British Press, ‘the largest and arguably the most spectacular welcome any foreign leader has ever received in Britain.’ It was the same MEA that used to plan and manage all his predecessors’ visits. Modi should be credited that when he lands on a foreign soil, not a man, but a country lands with its vast and vibrant culture and ethos – India alive. Earlier we heard about the PM’s tour only when they were in Andaman with family and friends (Rajiv Gandhi) or wrote Musings (Vajpayee) or when newspapers published photographs of PM alighting from an Air India plane. Modi is also criticized that he doesn’t give enough space to the External Affairs Minister and functions as de facto foreign minister. In fact, his visits are important not only for the sake of improving bilateral relations between nations, but eventually to boost economic ties, one of the basic needs of the time.

The welfare of a nation depends on its foreign policy, said Kautilya long before the birth of Christ. Foreign policy by itself consists of two elements – first is the objective that a state seeks to achieve in its relation with other states and the second is the means of achieving that particular objective. To achieve an objective first a solid policy and then a step by step planning coupled with the procedure to be adopted has to be put in place. It is the US President who writes the script and Secretary of State gets it done. This is not a question of competency, competition or upmanship. Providing much transparency, Sushma Swaraj, with easy access has proved herself a very pragmatic Foreign Minister, helping States and people in distress, happens to be a Tweet away.

Even before formally assuming office as Prime Minister of India on 26 May 2014, Narendra Modi had given a glimpse of his foreign policy, now much referred to as the Modi Doctrine, which is not limited to diplomacy, but economic growth in conjunction with solving practical difficulties on a day to day basis. Modi is very clear what all objectives he has to attain. So even though Sushma Swaraj is responsible for carrying out the foreign policy, Modi is the driving force to mix-up the economy part in it, and like a perfect Gujarati he is doing it better.

A look at the Modi’s foreign visits clearly shows how successive prime ministers have neglected even some of the friendly countries. Modi started with Bhutan. After IK Gujral in 1997, Modi became the first Indian PM to make a bilateral visit to Nepal in 17 years. He became the first Indian PM to visit Sri Lanka in 29 years. Canada has a large Indian population, but after Indira Gandhi’s trip in 1973, Modi became the first PM to visit Canada in 42 years. After Indira Gandhi, Modi travelled to Seychelles in 34 years. In August 2015, Modi visited the UAE, 34 years after Indira Gandhi. How engaging is his programs can be understood that he became the first foreign dignitary to interact with Saudi Arabian women entrepreneurs when he visited an all-women IT office during his visit to Riyadh, Saudi Arabia. India has cultural relations since ages with Mongolia, but, Modi is the first Indian PM ever to visit that country. He has also visited countries like Turkmenistan, Tajikistan, Uzbekistan and Kazakhstan about whom not many Indians are aware.

Not to mention major capital cities, Modi became first Indian PM to address the British parliament. The question is what Modi offers when he stands at such podiums? And the answer is he offers hope, and not just diplomacy. It represents a remarkable turnaround for a man who, until three years ago, had been banned for a decade from entering Britain, the US and several other European countries.