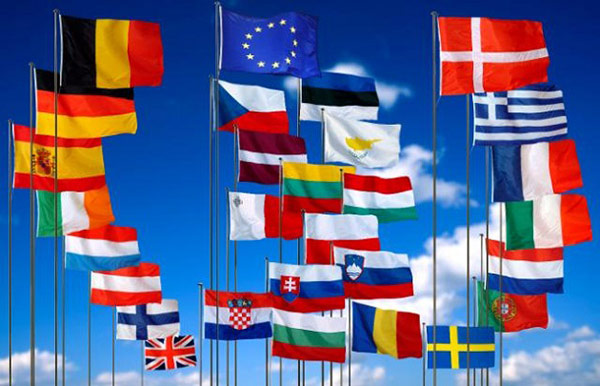 When Brexit happened, financial markets around the world got a shock, even the emerging markets saw a sharp decline. Surprisingly, most of them quickly rebounded. What does it mean? This is a question on every one’s mind. So does it mean Brexit has become a non-event? In the meantime, UK PM Theresa May said Britain will not trigger Article 50 before the end of the year. (The Treaty of Lisbon forms a constitutional basis for European Union member states, which signed it in 2007. A small section of the treaty is called Article 50, which details what happens when a member leaves the group.)

However, the British economy seems destined to suffer through at least a mild recession. In response to the imminent danger and a move designed to prevent a post-Brexit recession, the Bank of England for the first time in seven years, has cut interest rates. Since there is a broad pessimism across firms, the bank will also restart quantitative easing. This step to boost QE program would also result in abundant liquidity. Some of it may find its way into Indian markets. These pluses and minuses will be a part of commentaries, but the moot question is whether the world really needs a fragmented or a strong European Union? Professional associations and large companies of the French and Italian financial sector have underlined their disappointment following the British choice for Brexit and the need to further strengthen of European integration. And they are not alone. The very basic reason and purpose why the EU was created remain intact. The EU is certainly serving its purpose and like any other institution needs to pass through some corrective measures. Leaving aside other weaknesses the biggest reason some of the countries are having second thought is the problem of immigration.

The refugee crisis was already leading to the slow disintegration of the European Union and Brexit has just brought it out of the closet. It brought the calamity in open. This is high time measures to prevent the collapse of the EU are seriously undertaken. A rational approach clearly shows that behind all this lies a systematic reinforced xenophobic, nationalist movements. This movement has spread across the continent and even the nomination of Donald Trump is a result of this movement – a hidden agenda of some of the right wing thinkers and opinion makers. George Soros has clubbed it with some of the forthcoming events in the coming year like a referendum in Hungary on EU refugee policy, national elections in France, the Netherlands, and Germany in 2017, Austrian presidential election, and a proposed constitutional referendum in Italy. Thus, migration is being used as a political tool to win elections. It has an inherent nationalist sentiment which is dangerous for a global village.

It took several years for the disintegrated continents, and countries within to get a shape of the global village. Information technology made it possible. The world, which after the Second World War was coming to stabilize even under the black cloud of the Cold War, Vietnam and some of the worst crisis, has got another jolt. Now again the world is at a cross road. Something must be done and being the biggest bloc of some of the most economically rich nations the European Union must be saved. A strong European Union is the need of the hour.

The refugee crisis is a created one and not a natural process, and also not limited to only European Union. In fact, the whole world is facing an unprecedented displacement crisis as more than 65 million people are forcibly displaced as a result of violent conflicts. The conflict in Syria continues to be by far the biggest driver of migration. But the ongoing violence in other parts of the world, including Afghanistan and Iraq is also leading people to look for new lives elsewhere. The EU is most affected and the countries are struggling to cope with the influx as more than a million migrants and refugees crossed into Europe in 2015. The threat is such that it has created a division in the EU over how best to deal with resettling people.

The International Organization for Migration (IOM) estimates that more than 1,011,700 migrants used the sea route and almost 34,900 the land route. Remember, the figures do not include those who got in undetected. But the EU’s external border force, Frontex puts the figure crossing into Europe at more than 1,800,000. They come often in overcrowded flimsy rubber dinghies or small wooden boats putting their life in serious danger. According to the IOM, more than 3,770 migrants were reported to have died trying to cross the Mediterranean in 2015.

Since the problem escalated, tensions in the EU have been rising because of the disproportionate burden faced by some countries. Last year EU ministers voted by a majority to relocate 160,000 refugees EU-wide. No surprise, the UK had opted out of any plans for a quota system. Germany is most affected and even officially it has received the highest number of new asylum applications in 2015, with more than 476,000. has taken a comprehensive approach to tackle the refugee crisis in Europe. In April 2016, the European Commission gave Greece an initial €83 million worth of humanitarian funding for emergency support projects to assist refugees. Since the beginning of the Syria crisis in 2011, the Commission has provided a total assistance of €455 million in Turkey. Certainly this is a serious crisis and EU member states should willingly cooperate with one another to resist this threat. A self-serving migration policy, detriment to the interest of their neighbors will only escalate the problem besides cracking the very base of the EU institution. Building border fences will only further fragment the union.

Some time back George Soros had criticized the Europe’s asylum policy, calling it “flawed” and gave a plan for rescuing Europe ‘before it is too late.’ In continuance now he says that the EU must take in hundreds of thousands of refugees a year, spend at least 30 billion euros or Europe faces an “existential threat.” Soros formulae are a bit ambitious but achievable. He says that it would establish a guaranteed target of at least 300,000 refugees each year who would be securely resettled directly to Europe – a total that would be matched by countries elsewhere in the world. He also puts a rider – the target would persuade genuine asylum-seekers not to risk their lives, especially if reaching Europe by irregular means would disqualify them from being considered genuine asylum-seekers.

The most important point, Soros has indicated is that, “given its aging population, Europe must eventually create an environment in which economic migration is welcome.” United States is an example which has shown to the world that the benefits brought by migration far outweigh the costs of integrating immigrants. There migrants have proved that given a chance they have a high potential to contribute to innovation and development.

The world is keenly watching the EU. If it makes a significant progress on the refugee crisis and stays together all the other challenges right from the Greek debt crisis to the immediate Brexit, it can easily solve. Coming back to Brexit, Marc Mobius believes that “the long-term impact for emerging markets could actually be positive, since the center of gravity for capital market activity could move away from London. So for the Indian investors, anyway, it is a win –win situation.