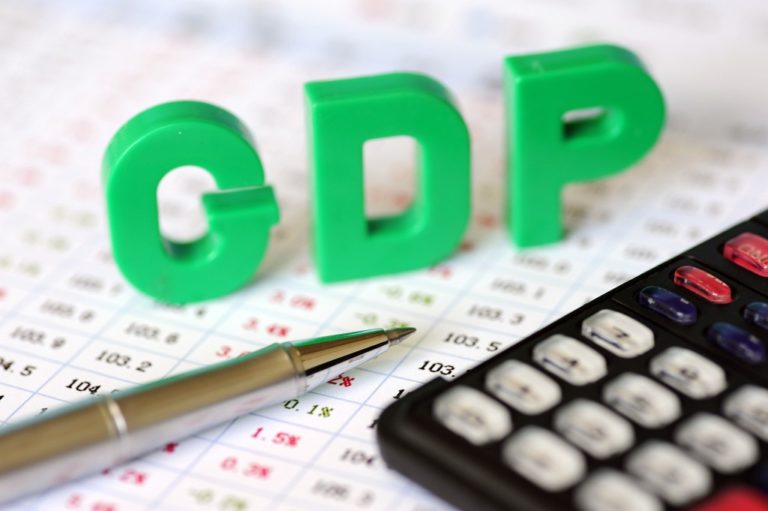 This has been probably the most awaited statistics in the recent past. Simply because the Q3 estimates for GDP growth refers to the Oct-Dec 2016 period when the economy had to put up with the burden of the demonetization exercise. The exercise had created a liquidity crunch across the country, both urban as well as rural centers. Right from politicians to the rating agencies – each had been painting a bleak picture. Some said it would be 2% down, others 1.5% and one to the extent of as low as 5.8%.

So the Q3 GDP estimates announced by the MOSPI on 28th February came as surprise as it was much better than expected at 7%. In Q1 and Q2, the GDP growth was at 7.2% and 7.4% respectively. It is higher than the 6.9% growth in the third quarter of 2015-16. With the annualized GDP growth for the first 9 months at 7.1%, it leaves substantial room for the full-year GDP to get closer to the 7.3-7.4% range. Within the Q3 numbers, the manufacturing sector grew 8.3%, faster than the 6.9% registered in Q2. The agriculture sector witnessed a growth of 6% in Q3 compared with 3.8% in Q2. At the same time, even the mining and quarrying sector saw a rebound, with growth accelerating to 7.5% from a contraction of 1.3% in Q2. So the estimate is not only better than anticipated, the impact of demonetization appears to be limited and it raises hopes that the remonetization effort could give a substantive boost to GDP growth for the full year.

With over 60% share in GDP, some services clearly lagged, yet many services that are driven by government spending have shown robust growth. The big shift could happen in the area of agriculture. For the full fiscal year 2016-17, the agriculture growth is estimated at 4.4% compared to a mere 0.8% in the previous fiscal. The sharp spurt is largely an outcome of a good monsoon after 2 consecutive years of draught. The fear was that demonetization would severely dent the prospects of the Rabi crop, however, that does not seem to be the case. Rabi output for full year 2016-17 is likely to grow at 6.3% compared to a growth of just 2% in the previous year. Only small and medium enterprises (SMEs) have borne the brunt as demonetization drive made liquidity tighter, when they were already struggling from limited access to finance.

Now the Congress has labelled the GDP numbers as highly suspect and warned that they could dent India’s global credibility as the numbers have not factored in the adverse impact of demonetisation, including losses in jobs and production. PM was not silent. He lashed out at scholars from Harvard for questioning his demonetisation drive and said ‘hard work’ had prevailed. His correct words were – “Harvard se zyada dum hota hai hard work mein, (Hard work is more effective than Harvard). GDP data prove that the note ban didn’t have any adverse effect on our economy. Big scholars of Harvard and Oxford, who have been playing a crucial role in the economic system… big economists… one was saying that the GDP would fall by 2 per cent, the other said it would slide by 4 per cent.” While Modi did not take any names, the targets were former PM Manmohan Singh and Nobel laureate Amartya Sen. Both have been critical of demonetization. Sen had described the note ban as “Modi’s Napoleon moment”.

Demonetization has certainly transformed many dead woods and TV news panelists with low level of economic literacy into expert economists who have been making forecasts of serious damage to the economy. Now it is somewhat clear that the cost of demonetization has been just about one half of 1% of GDP growth. This number will be revised up or down.

A report titled ‘India: Transforming through radical reforms’ by Assocham and EY observed that the move is expected “to have a positive long term impact on the economy through better tax compliance, increase in the tax to GDP ratio and higher tax collections. The economy will continue to benefit from the significant progress in trade, proactive policy actions and robust external buffers.” However, it said that the government needs to continuously invest in improving the ease of doing business environment, develop a sound infrastructure and ensure availability of trained workforce. According to the report, combining demonetization with Digital India and Pradhan Mantri Jan Dhan Yojana will ensure transparency in financial transactions.

The big question – how important is this GDP figure in our life? Successive governments have taken the public for a ride in the last so many decades showing very good GDP numbers but the ground situation has not shown any drastic change. So it is time to let the statisticians do their job and concentrate on the hard facts – visible change.

Whatever Prime Minister Narendra Modi has so far initiated, including Swachh Bharat, has been criticized as a dictatorial, bad for the country, simply talks, and even fascist decisions taken by one-man army. So much so that even a common man now ignores his critics. The unfortunate truth is that the critics of Modi are still not able to understand why he took this decision when the country was prepared to take an economic jump. Let us not forget the fear that has been instilled in the minds of black money hoarders and corrupt government officials and politicians, the two main culprits, that Narendra Modi has the guts and the required courage to hit them hard again, any time in any form. This is more important than some silly numbers.