In India loans are scams 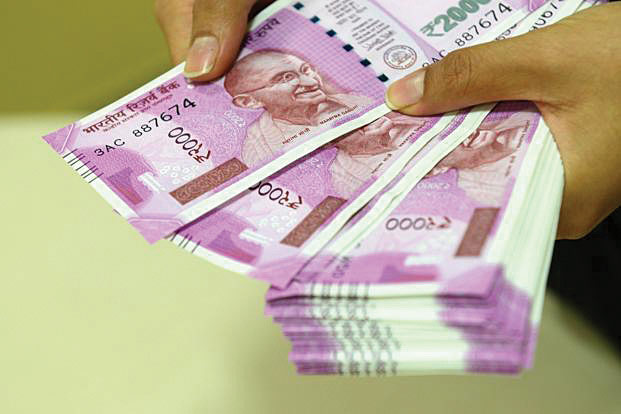 Zombie loans breed parasites who control financial resources of a community and stifle its development.

In India, people love scams. Investors, bankers, robber-baron corporates, government, the media and ordinary television viewers – all of them add to and get their share of ignominious glory. There have been loan scams fairly regularly in the past half century, many and much bigger in size, type and scope in the recent decade than ever. And no one concerned and in official position can guarantee that these won’t continue. Every time, the loan scams are much bigger and worse. Keeps everyone glued to the television.

There are interesting, but pitiable, statistics the Reserve Bank of India (RBI) does not share in public. If it shared, perhaps innovative remedial measures could come from within or outside banking circles to improve banks’ health, safeguard investors’ monies and improve public perception. It shows that small loans are not that big a problem as the bigger loans are. Bigger loans are zombies who in fact are a threat to other disciplined citizens. Through dubious means, they get control over the resources which could otherwise be productively utilised for industrial and community development. The rate of loan defaults is very small when the size of the loan is small. As the loan amount increases the rate of default, or tendency among corporate borrowers to fail to repay the instalments in time, increases manifold. For loans upto `10 cr, the defaults are less than 2%; of all loans upto `50 cr, the default rate is less than 5%. For loans above `100 cr, default rate is more than 35%; meaning one in every three mega loans of over `100 cr turns bad within 3-4 years, giving rise to the suspicion that perhaps it may be known at the time of sanction that the loan won’t be repaid and would need re-scheduling or restructuring.

Bankers have the compulsion to evergreen the same by giving new loans, throwing more good money after bad, because if you borrow `100 cr and don’t pay, it’s not your problem, it’s the bank’s problem. And they create too-big-to-fail conglomerates who hire well-versed lawyers for endless litigations and pull the political strings to retain control over their fiefdom. The federal government, since 2010-11, has thrown in `2.7 tn tax-payer money in capitalising public sector banks that keep adding to non performing assets.

Time and again, it has been proven that government bankers either lack project appraisal expertise or they simply sanction loans against collateral security which, more often as a rule than the exception, is inflated by corporate borrowers to obtain fat loans. And bankers can’t see, or choose to turn a blind eye in sanctioning such loans. In the lenders’ consortium meetings, officials say that there is enough cover and therefore no problem in giving loans. It becomes easier since loans are not rated by third party rating agencies, but are assigned internal ratings. There is hardly any distinction between a top-rated corporate and any Tom, Dick & Harry as they both get loans on almost similar terms. Because, government bankers have to show rise in loan book to get promotions. When money is offered on tap, thugs are sure to line up at the banks’ door.

Like it always happens after a bank scam is unearthed, some of the known agencies and people pop up on television prescribing bank privatisation to be the only panacea for avoiding future bank loan scams. But it is not. Because no strategic investors would want to inherit public sector bank culture along with their staff unions who are known to be obstructionists rather than aiding systems improvement and technology adoption, which must take away certain existing jobs and create new ones requiring different skill sets. The only way to salvage the banks is to stop this “phone” directed lending by politicians as India’s PM Mr Narendra Modi has often claimed that the bankers, by their own admission in one of the manthans (dialogue) between bankers and government, used to get calls from previous government functionaries asking bankers to extend loan facilities to their favourable corporates. Many of these loans later become NPAs. Why not stop this loans scams rather than privatise banks. If done, banks won’t need privatisation; and if any needed, will get much better realisation.