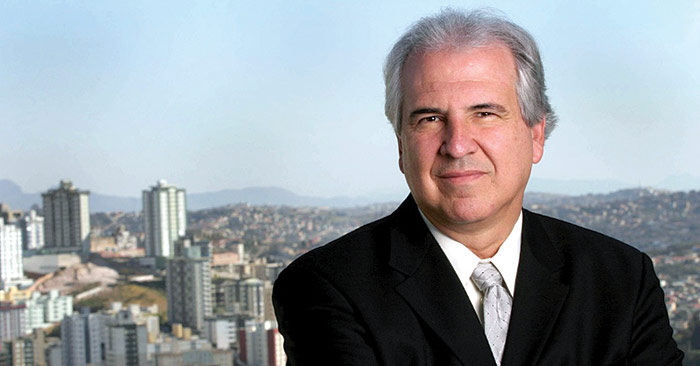 Prime Minister Narendra Modi, last week said the Pradhan Mantri Awas Yojana (PMAY) is not merely about bricks and mortar, it is about a better quality of life and fulfilling dreams. The Central Government is working to ensure a home for every Indian by 2022, when India marks 75 years of Independence. Under NDA Government, over one crore houses have been constructed and now under the PMAY, `1.30 lakh is given. The Government has so far given sanction to build more than 47 lakh houses in urban areas, which is 4 times more than the sanctions given by the previous Government in 10 years. The government is alone trying to accomplish this gigantic task.

But In Brazil it’s not the government alone. Since 2008 property developer MRV Engenharia, a company owned by Rubens Menin, has been part of the Brazilian government’s social housing programme “Minha Casa, Minha Vida” (My House, My Life), an initiative that has delivered three million houses to Brazilians. Mr Menin has been named the EY World Entrepreneur of the Year 2018, picked from among 56 finalists from 46 countries, and becomes the first South American winner of the prize. The independent judges said they had decided to give him the award for his work in bringing housing to some of the poorest communities in Brazil and beyond.

His life is very inspiring. The 62-year-old, founded MRV in 1979 when he was just 21 years old. His company has delivered more than 320,000 houses and apartments in Brazil, allowing over one million people to realise their dream. In the 150 cities where it operates, one in 80 people live in a property built by MRV.

Mr Menin has an innovative approach, notably through a building system called the concrete wall method in which the company can erect a four-storey building with 16 housing units in just 10 working days. Mr Menin says “A company that does not have purpose is not sustainable.”