Populism, the major roadblock before the EU 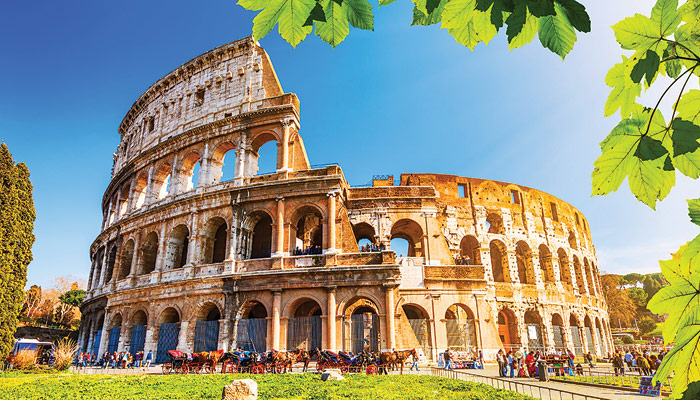 Earlier it was Greek and now it’s Italy. European Union is again in trouble. On the same lines when a populist Greek government created a major show whose debts threatened the common currency, the euro, this time Italy’s government is insisting on breaching bloc rules for fiscal discipline, thus raising question over the very integrity of the bloc. Greek government had been very adamant and now Italian leaders have also indicated that they will also follow the same path.

But this time the European Union is more serious and taking cautious approach. The EU has rejected Italy’s draft 2019 budget and demanded revisions. The European Commission has never actually gone so far as to reject an EU member’s budget before. The decision is based on the grounds that it vastly deviated from previously agreed fiscal targets. Italy projects a gap between spending and tax revenues of 2.4 percent of GDP in 2019. Yields on Italy’s bonds have spiked since September, when the Italian government disclosed details of a free-spending budget that would breach EU fiscal rules. With unemployment at 10 percent and GDP falling from almost $2.4 trillion in 2008 to $1.9 trillion today Italy is clearly suffering from a big shortfall in aggregate demand. EU rules forbid member nations from running deficits over 3 percent of GDP. The European Commission has the power to vet the budgets of EU member nations. Italy’s total debt load is already 132 percent of GDP. The European Commission feels that Italy’s plans are in serious non-compliance with the budgetary policy obligations laid down in the Stability and Growth Pact.

Under EU rules, after the Commission’s rejection Italy is required to send a revised version of its draft budget to Brussels by November 13. To fully meet EU requirements, Italy would have to cut by 0.6 percent its structural deficit which excludes one-off expenditures. Instead, it plans a 0.8 percent increase. The higher deficit would help finance a lower retirement age, welfare handouts and tax cuts to meet election pledges. It’s really not an easy task to manage a currency shared by differing sovereign states without a common budget or finance minister.

To understand the Italian leadership’s dilemma we have to go back to the global economic collapse of 2008 and the ensuing Eurozone crisis, when Italy was hit hard. Italy’s unemployment rate peaked at 13 percent, which again is still hovering around 10 percent. Italians revolted by electing a coalition of left-wing and right-wing populists’ government. Now the Italian deputy prime minister Matteo Salvini, a right-wing populist, has vowed to cut taxes to increase his popularity; his coalition partner, Luigi Di Maio, a left-wing populist, has pledged a guaranteed income for the unemployed and the poor. Both want to keep their promises. So the new government proposed an ambitious national budget, including a guaranteed minimum income, a bevy of tax cuts, and cancellation of planned cuts to public pension system. Needless to say, this massive spending package, along with reductions in tax revenue, would require bigger deficits. The government wants offer its citizens some help but the EU is hellbent on stopping them, in the name of budget discipline. Needless to say, most of the member countries are suffering under EU-imposed austerity measures.

Elections for a new European Parliament is expected to be held in next year May and the balance of power in the European Parliament will change going by the various steps taken by some of the big member countries. It will again change the makeup of the European Commission which is the executive branch of the EU. But no doubt, Italy and the European Union are headed for a showdown. In the case of Greece the best comment was that it is full of crazy politicians; however, we can conclude that Greece is no longer the only European country with crazy politicians. Only time will tell whether the EU will be able to handle Italy and its defiant budget.

Here comes a major difference. If the Italian government controlled its own currency, its central bank could simply buy up the government debt created by its deficits and keep interest rates down. But as a member of the Eurozone monetary union Italy doesn’t have this option. The supply of Euros is controlled by the European Central Bank (ECB), which in turn oversees the national central banks in the Eurozone. The ECB system has all sorts of rules and limits for when it can buy debt issued by the Eurozone member nations and how much it can buy.

This crisis will certainly heat up more since Italian Deputy Prime Minister Luigi Di Maio has declared in very clear words that the government will not retreat.