GST Council Designs a Better Landscape for the Housing Industry 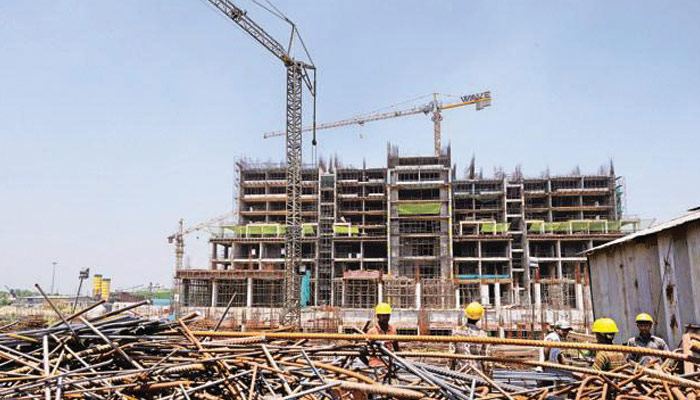 The GST council met for the second time in CY 2019 on 24th February. While the last time it met, issues pertaining to MSMEs were addressed, this time too, it paid special focus to a segment that has far reaching implications – housing.

To pre-empt the scope for real estate transactions to becoming cash-based once more, once the input tax credit has been removed, the Finance Minister, Arun Jaitley, stated, “For that back chain, a condition will be put that a very high percentage of purchases to avail of this, will have to be from registered dealers. The GoM (Group of Ministers) has proposed 80 per cent. Whether it is 80% or more, the group will reconsider it and present before the Council.” While this may seem like a drawback for real estate developers, the boost in demand that results from a considerably lower GST rate for home buyers could more than compensate for the rescinding of input tax credit.

Additionally, GST will not be levied on buyers of real estate properties for which the completion certificate has been issued at the time of sale. Currently, the Goods and Services Tax (GST) is levied at 12 per cent with input tax credit (ITC) on payments made for under-construction property or ready-to-move-in flats, where the completion certificate is not issued at the time of sale. “This decision is certainly going to give a good boost to the under-construction apartments, because people were otherwise waiting for them to get completed and that was also stopping the money flow into the real estate sector,” FM Jaitley said. Acknowledging the predicament of cases where construction work has already begun, he assured that a committee of officers would draft the transition rules and frame suitable guidelines.

The Council also cut GST rates on affordable housing from the current 8% to 1%. Further, so that more home buyers could avail of the benefits under the new tax regime, it expanded the scope of affordable housing. Earlier, the government had decided to lower the applicable GST rate for home purchases under the Credit-Linked Subsidy Scheme (CLSS) of the Pradhan Mantri Awas Yojana (PMAY) to 8% in January 2019. The GST Council extended the concessional rate of GST on houses constructed/acquired under the CLSS for the economically weaker section (EWS), the lower-income group, the middle-income group-I (MIG-I) and the middle-income group-II (MIG-II). This concession has now been extended to flats costing up to Rs45 lakh and measuring 60 sq metre (carpet area) in metros and 90 sq metre (carpet area) in non-metro cities. The GST council explained in a statement, “We have expanded the definition of affordable housing so that aspiring people can buy slightly bigger houses.”

The changed rates of GST on both under-construction flats and affordable housing will be applicable from April 1, 2019. The reduction in rates will give a boost to the government’s mission of Housing for All by 2022 and fulfill aspirations of the neo-middle class. Working together with the PMAY and CLSS, lower GST rates will ensure that not only do loans become affordable but the cost of housing becomes within reach of a wider segment of home buying aspirants as well.