Ban on Cryptocurrencies, a bad idea 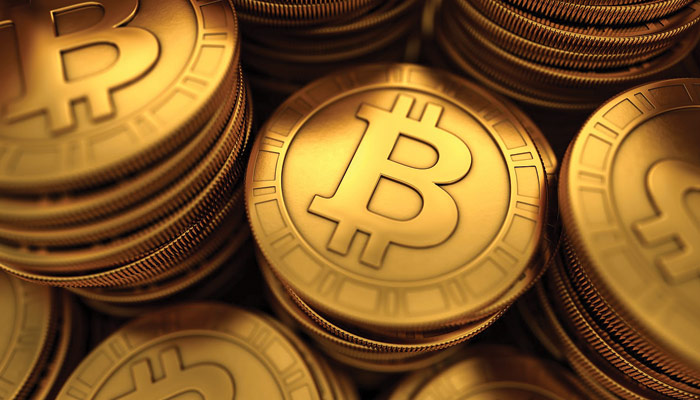 The Committee set up by the Ministry of Finance to study issues related to virtual currencies has recommended that all private cryptocurrencies should be banned in India. The Draft Bill prepared by the Committee also provides for offences and punishments for the contravention of its provisions. For instance, it states that mining, holding, selling, issuing or using cryptocurrency is punishable with a fine, or imprisonment up to 10 years, or both.

Virtual currency is a digitally tradable form of value, which can be used as a medium of exchange, or a stored value which can be utilised later. It does not have the status of a legal tender. A legal tender is guaranteed by the central government and all parties are legally bound to accept it as a mode of payment.

Cryptocurrency is a specific type of virtual currency, which is decentralised and protected by cryptographic encryption techniques. Bitcoin, Ethereum, Ripple are a few notable examples of cryptocurrencies. Decentralisation implies that there is no central authority where records of transactions are maintained. Instead, anyone can create a transaction. This transaction data is recorded and shared across multiple distributor networks, through independent computers. This technology is known as Distributed Ledger Technology.

In the last few years, the Reserve Bank of India has notified the potential financial, operational, legal and security risks related to cryptocurrencies on multiple occasions. In December 2017, the Ministry of Finance issued a statement which clarified that virtual currencies are not legal tender and do not have any regulatory permission or protection in India. Further, the investors and participants dealing with them are doing so entirely at their risk and should best avoid participating. In the 2018-19 budget speech, the Finance Minister announced that the government does not consider cryptocurrencies as legal tender and will take all measures to eliminate their use in financing illegitimate activities or as a part of payment system. In April 2018, RBI notified that entities regulated by it should not deal in virtual currencies or provide services for facilitating any person or entity in dealing with or settling virtual currencies.

Cryptocurrencies are subjected to market fluctuations and the lack of a centralised authority makes it difficult to regulate them. For instance, in December 2017, the value of Bitcoin cryptocurrency was around USD 20,000 per coin, which reduced to USD 3,800 per coin by November 2018. The Ministry of Finance noted that the price of virtual currencies is a matter of mere speculation resulting in spurt and volatility in their prices.

The Committee also noted that there are several vulnerabilities in the design of cryptocurrencies which leave consumers open to risk of fraud. These include phishing cyber-attacks and ponzi schemes. For instance, a Rs2,000 crore ponzi scheme was unveiled in April 2018. Further, cryptocurrency transactions are irreversible, which means once a transaction is done, there is no way to remedy it.

The Committee also observed that cryptocurrencies can have unfavourable consequences on India’s energy demand. Validating transactions in a distributed network involves high electricity consumption and requires high computation power. The Committee noted a study which estimated that 19 households in USA can be powered for one day by the electricity consumed in a single transaction of bitcoin cryptocurrency.

Potential use for criminal activity

The Financial Action Task Force, an intergovernmental organisation to combat money laundering, in its report in 2014 observed that virtual currencies provide greater anonymity than traditional payment methods. This makes them more vulnerable to money-laundering and illicit funding for terror financing. The Committee noted that the decentralised nature and the anonymity which cryptocurrencies provide make it difficult for law enforcement authorities to track down people involved in illicit activities.

Currently, only the entities regulated by the central bank are prohibited from dealing in, or providing services for dealing in virtual currencies. The draft Bill, prepared by the Committee, prohibits any form of mining (creating cryptocurrency), issuing, buying, holding, selling or dealing in cryptocurrency in the country. Further, it provides that cryptocurrency should not be used as legal tender or currency in India. The Bill allows for the use of technology or processes underlying cryptocurrency for the purpose of experiment, research or teaching. The Bill also provides for offences and punishments for the contravention of its provisions. For instance, it states that mining, holding, selling, issuing or using cryptocurrency is punishable with a fine, or imprisonment up to 10 years, or both. For individuals who might be in possession of cryptocurrencies, the Bill provides for a transition period of 90 days from the commencement of the Act, during which a person may dispose of any cryptocurrency in their possession, as per the notified rules.

According to the Committee, while cryptocurrencies or virtual currencies do not offer any advantages, the underlying technology behind them, Distributed Ledger Technology (DLT), has many potential applications, both in finance and non-finance sectors. The Committee observed that DLT makes it easier to identify duplicate transactions, and therefore can be utilised for fraud-detection, processing KYC requirements, and claim management for insurance. Further, it can be helpful for removing errors and frauds in land markets, if used for maintaining land records. The Committee was also of the view that the idea of an official digital currency in India can be explored further, and that the government may setup a group to examine and develop an appropriate model of digital currency in India.

But can you stop a technology whose time has come?

India has a very large crypto community, which is accelerating its efforts to positively influence crypto regulation and lift the banking ban imposed by RBI. There is a social media campaign “India Wants Crypto” attracting the community in large numbers. The campaign has urged people to file RTI requests asking the RBI two questions – “Did you have any solid data that led to implementing banking ban on crypto transactions?” and “Do you have any data to prove banking ban on crypto transactions has led to reduction in money laundering?” The reason behind this is that last year RBI had revealed in response to an RTI that it conducted no research or consultation before the implementation of restriction. The RBI also responded that no committee was ever formed for analysing the concept of blockchain before the decision.The policy makers must understand that technology whose time has come cannot be stopped by a blanket ban. The ban will only start the brain drain, and it has happened in India earlier also.