Despite green shoots of recovery, China is on course for a low-growth year according to many economists. Chinese unemployment, particularly of the youth, hit a new high in June 2022, with around 20% of workers between the ages of 16 to 24, out of work. 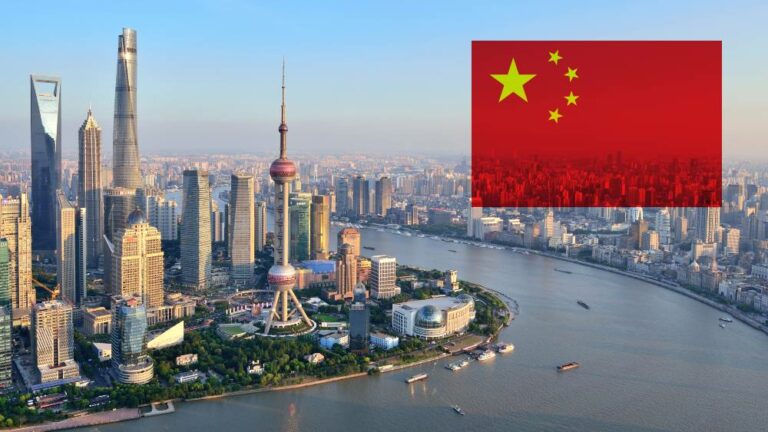 Without any disrespect, to the rest of the world, China appears similar to the mythical dragon that it reveres. It flies around breathing fire, ‘wow’ing its spectators, claiming the spotlight for all its antics and commanding respect and fear; but when it’s far on the horizon or out of sight, there’s always the nagging concern… is it for real or an illusion created with smoke and mirrors?

China posted a growth of barely 0.4 % in the quarter ended June 2022, according to data released by China’s National Bureau of Statistics. This was its weakest growth since the outbreak of Covid-19 in 2020. This weak growth was attributed to the economic disruption caused by stringent lockdowns that confined millions of Beijing residents to their homes for two months, as authorities tried to pre-empt the spread of the virus, through the zero-Covid strategy.

On a QoQ basis, China’s economy shrank 2.6%, marking only the second such contraction since comparable records began in 2010. While it narrowly avoided getting into negative territory on a YoY basis, there are signs of revival, on the strength of easing public-health restrictions and some pick-up in demand for Chinese goods and services.

On the face of it, this appears to be just a quarter of low growth, due to faltering consumer demand and lackluster factory activity, in the face of repeated pandemic lockdowns. However, it is more likely to be the tip of a dangerous iceberg that could make China implode structurally.

Despite green shoots of recovery, China is on course for a low-growth year according to many economists. They point out that unemployment is stubbornly high, real estate is slumping and the export scenario also seems bleak as Western economies are battling the spectres of high inflation and impending recession. Further, Chinese unemployment, particularly of the youth, hit a new high in June 2022, with around 20% of workers between the ages of 16 to 24, out of work.

It all began even before the outbreak of Covid19. There have also been major supply-chain disruptions internationally, which started as China and the US locked horns over trade, making other governments uncomfortable and prompting global manufacturing companies to consider shifting their manufacturing bases out of the country to others in the region.

Simultaneously, China was battling with a domestic crisis as Chinese real estate developers began defaulting. It began with Evergrande, China’s largest real estate company, with a debt of nearly $300 bn, defaulting on its bond repayments. That triggering a collapse in the entire real estate sector across the country.

Then along came the Covid-19 pandemic, which aggravated the situation. The Chinese government announced hefty stimulus packages to the tune of $200 billion to fund infrastructure and construction activities when it was already reeling under huge debt and the local government debt crises are further stressing the system.

The Chinese central bank also seems to be delaying the inevitable; while the world is grappling with inflation, tightening its liquidity and raising interest rates, China recently reduced the medium-term lending rate by 10 basis points to 2.75%. The comfort that inflation is lower than in other major economies and could therefore sustain this rate reduction could be short lived as prices are climbing to their highest levels in two years.

In the meanwhile, this anomalous monetary stance and the unpredictability on other fronts too are making the rest of the world lose faith and take their business elsewhere. This, in turn, will further hamper China’s chance of a sustainable recovery.

As the world has been distracted by the Russia-Ukraine war and battling global inflation, the chinks in China’s armour have been growing. The cumulative effect of unhealthy economic policies and uncertainty over the genuine robustness of the country’s growth have been eroding its competitive advantage and left it vulnerable to competition.

In conversations around the possible collapse of China’s economy, the elephant in the room is whether India can step up its economic game and challenge the mighty dragon. Currently, it appears that India is at a relative advantage to most major countries, even in the developed world. Domestic growth is recovering strongly and India once again stands as the fastest growing nation. Other good news is that Inflation eased for the third straight month in July 2022 and many high frequency indicators remain buoyant. The bad news is that in a globalized world, inflation and recession are often imported. So, which way India could swing from here is still not certain.

Historically, India has never demonstrated the ability to move in a rapid and stealthy, predator-like manner. Its progress has always been likened to that of a creature it venerates – the elephant. Yet in recent times, the world has constantly been tracking the race between the heavy-footed elephant and the flying, fire-breathing dragon.

If there’s anything to be learned from legends of India’s beloved elephant God, it’s that that to win a race, you have to set your own path and walk it with conviction.