If the government lays its full power on this and does not permit either unions or the bureaucracy or the opposition to disrupt its plan, this will certainly be a game-changer for the Indian economy. Otherwise, it will be nothing but the disposing of the family silver. And the mere dismantling of public sector undertakings that have played a crucial role in nation-building will prove poisonous for the country. 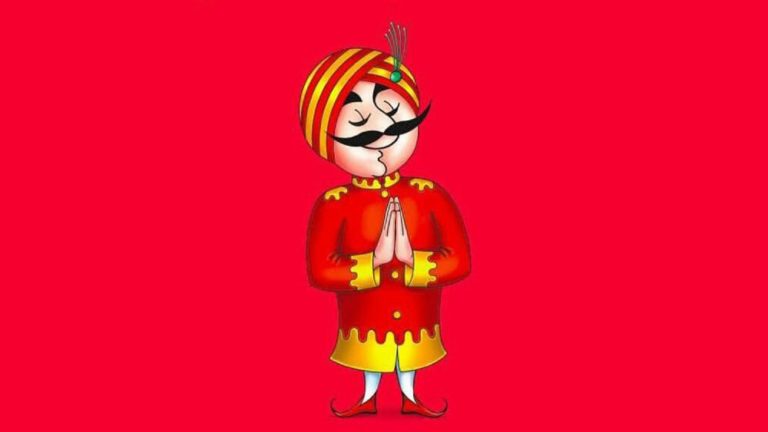 At last, the government has placed substance strongly behind the privatization of Central Public Sector Undertakings (CPSUs) and monetization of underemployed and unemployed resources and asset monetization. At a webinar, organized by the Department of Investment Promotion and Asset Management (DIPAM), Prime Minister Narendra Modi emphasized that Rs.25-trillion opportunity is available for the private sector in the nation’s jumbo Rs.111-lakh crore National Infrastructure Pipeline (NIP) projects over the subsequent five years. It was attended by Finance Minister Nirmala Sitharaman, Vice Chairman of NITI Aayog Rajiv Kumar, and senior officers from fourteen ministries of the central government. It was also joined by main policymakers from independent wealth and pension funds, national and international investors, investment banks, consultants, and specialists. The main agenda of the webinar was to design an effectual execution plan for the restructurings on privatization and asset monetization stated in the Budget 2021.

PM said the government has spotted 100 assets for monetization that could raise as much as Rs.2.5-lakh crore for the exchequer. While making a solid pitch for a superior part for the private sector in the development of the Indian economy he has underlined that wealth creators are also significant for the nation. PM declared that the government is marching forward with the chant of ‘monetize and modernize’ while repeating the viewpoint that the government has no business to be in business. He said the sum accumulated from monetization and divestment would be expended to finance development plans like water and sanitation, education, and healthcare.

He mentioned that numerous PSUs are a burden on the government’s revenue and their losses have to be supported by the exchequer. Air India’s losses of Rs.27,255 crore and BSNL/MTNL losses of Rs.62,725 crore in financial years from 2016 to 2020 support his statement. He also said funding such losses will result in fewer schools, fewer roads, fewer hospitals, and cut the privileges of citizens of India who have the first right on government resources.

The difference between the government’s income and expenditure increased from Rs 7.96 lakh crore to Rs 18.48 lakh crore and is projected to be plugged at Rs 15.06 lakh crore. To link the gap, the government will borrow Rs 12 lakh crore this year, that is, approximately Rs 3,287 crore a day or Rs 136 crore an hour every day

India has a blended economy. Both private and public Sectors subsist in the Indian economy particularly in the spaces of transport, banking, healthcare, education, manufacturing, etc. Privatization is a method of modifying the association between the state and the private sector to improve the role of the private sector in the performance of the national economy as a whole. Therefore, privatization refers to any route that decreases the state’s central position indirectly possessing and running the economic events of a nation. Several nations like China with state-monitored economies have gone far enough to unlock the doors of economies to private players to achieve a quicker evolution rate. As a result of sociopolitical defeat and breakdown of the state-regulated economies, the enthusiasm for privatization has mounted manifold. Thus, privatization is visualized as a measure of rising output, enhancing quality, decreasing unit costs, and raising cash to lessen public debt.

Budget 2021 loudly shouted the necessity of privatization because the difference between the government’s income and expenditure increased from Rs 7.96 lakh crore to Rs 18.48 lakh crore and is projected to be plugged at Rs 15.06 lakh crore. To link the gap, the government will borrow Rs 12 lakh crore this year, that is, approximately Rs 3,287 crore a day or Rs 136 crore an hour every day. This level of borrowings and deficit will definitely upset cost competitiveness and economic evolution, though the economy is started moving on a path of retrieval and the supposition of no socio-economic tragedies ahead will hold good. The government should cut its borrowings and shorten debt levels to concrete a route towards a low-cost high-growth economy. Privatization offers the monetization of assets, limits the destruction of public wealth, liberates assets for human and physical infrastructure, and assures the positive aspect of greater growth as enterprise efficiency rallies.

Present chemistry between global finance and geopolitics is not attractive and international interest rates floating between zero and one percent. Portfolio movements to developing economies is the clear indication of money is hunting returns. Furthermore, a McKinsey study guesses approximately 20% of $4 trillion of goods exports is anticipated to swing the supply base in five years. Hence, the government must look at the paradigm change in the policy whether it is farm laws, productivity-linked schemes, opening up of FDI, new code for labor laws and privatization which will assist in taking care of India’s requirements and help in exploring global opportunities.

After a long wait, the central government has opted to utilize its political capital to announce that privatization of public sector establishments is in the national interest and decided to carry out the plan whole-heartedly. Although it is a wanted move and welcome break from the past, to achieve the goal of nurturing over Rs.2.5 trillion from the monetization and sale of state-owned businesses and assets, the government will have to get many crucial or fundamental things right.

Firstly, the process should be efficient and short. The current process is very long because after Niti Aayog advises the plan of action relating to around 300 public enterprises, it will be scrutinized by a committee of secretaries and ministers before the DIPAM places before the Cabinet Committee on Economic Affairs (CCEA) for ‘in-principle’ sanction. As an alternative to avoid the long routes, either Niti Aayog or DIPAM should directly take it to the CCEA.

Secondly, unfortunately, the government does not possess a supervision setup and adequate talent with the professional skills required to carry out the process and decent civil servants will hang back from taking the assignment for worry of procedural defects. Moreover, outsourcing the job will bring a multitude of unmanageable conflict of interest concerns. If the government proceeds with the present supervision mechanism, the gulf between the nation’s disinvestment ambitions and actual progress will yawn more broadly. Therefore, the perfect setup of a special purpose department equipped with political protection, managerial power, professional aptitude, encouragements for clearness, incentives for performance, and guard from the scandal is very much desirable.

Next, to make privatization fruitful and in the public interest, stakeholder representation or mapping is very important. Therefore it should be vastly extended to shelter all parts of society that will be influenced by the reforms. The government has to meet its promise of using the proceeds from the sale of public sector units to public welfare schemes. This will address the fairness or equity issue of the process. It is better to place judicial precautions on this promise so that violation of the promise can be prevented in the future. As we know the National Investment Fund which was established in 2005 with comparable intent, shutdown in 2009.

Next, many have worries that privatization will lead to job losses. The government should consider this as a component of privatization arrangement and this warrants political involvement and policy resolutions. The government should promote entrepreneurship from all communities and religions. This policy will surely open lanes for people to accomplish a higher socio-economic status and tackle job reservation problems.

As a final point, since the 1990s the track record of governments in accomplishing privatization goals has been bad. History has shown that a major chunk of the proceeds has come from buybacks or central public sector enterprises to central public sector enterprises transfer or pubic bids where government establishments like Life Insurance Corporation were the buyers. Although these have assisted to nurture resources, they have not aided to diminish the stake of the government in these entities. Such interchange of money from one pocket to another should be prevented if the government is to sincerely move on the track of privatization for rocketing competence in the economy. Also, past efforts of privatization via strategic sales have also exhibited that one of the major hurdles in the process is unending litigation, sometimes by the labor unions and sometimes due to valuation of government assets and the prices at which they were sold. Worries on valuation have also got officials in command of privatization knotted in legal battles, even well past their retirements. This has made civil servants risk-averse and reluctant to sign off on any sale at any price. Therefore, after placing the proposals in place the government should design a power-packed execution plan of the privatization venture.

If the government lays its full power on this and does not permit either unions or the bureaucracy or the opposition to disrupt its plan, this will certainly be a game-changer for the Indian economy. Otherwise, it will be nothing but the disposing of the family silver. And the mere dismantling of public sector undertakings that have played a crucial role in nation-building will prove poisonous for the country.