Government Becomes a Laughing Stock! Even though the government has extended the due date for individual taxpayers to file an income tax return (ITR) till December 31, it is imposing a 1% interest for each month of delay beyond the original July 31 deadline. 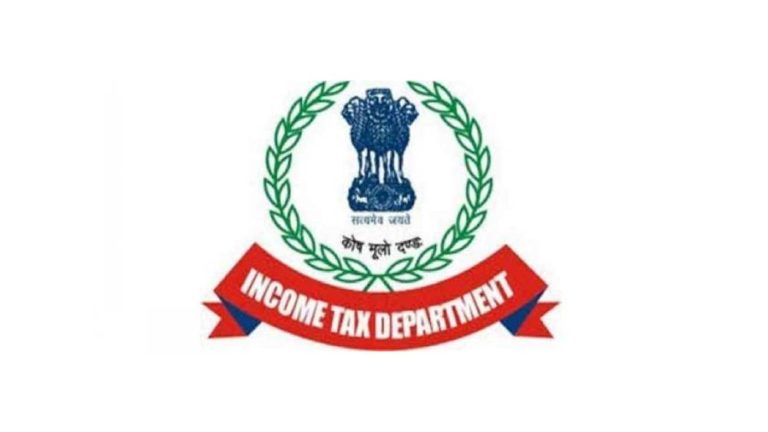 In May while publicizing the launching of its new e-filing portal http://www.incometax.gov.in, the Income Tax department mentioned that the new portal will be a “taxpayer-friendly portal.” However, even almost three months later, nothing has altered.

This year we’ve witnessed some radical changes in the Indian income tax configuration. One of them is the introduction of the new income tax portal. On June 7, 2021, with abundant hullabaloo the refurbished income tax portal has been hurled by the Income Tax department. However, the gateway remained unreachable for the better section on its debut day. Almost three months later, nothing has altered, and taxpayers are progressively becoming impatient.

In May 2021 while publicizing the launching of its new e-filing portal http://www.incometax.gov.in, the Income Tax department mentioned that the new portal will be a “taxpayer-friendly portal.” The department also stated that the new portal will facilitate the processing of Income Tax Returns and help in issuing rapid refunds to taxpayers, with all communications and uploads or unresolved activities to be shown on a single dashboard. Additionally, the department stated that to assist the taxpayers the software for preparing the tax return will be incorporated on the portal along with a new call centre for quick reaction to inquiries.

The prime reason for introducing the new portal was to have a gateway with elementary configuration and easy use. Therefore, the government entrusted the task to tech giant Infosys. In 2019 the entity was given the contract to develop the new income tax portal, replenishing the old one, in a proposal to decrease the processing tenure from 63 days to one day for a total expenditure of Rs4,200 crore.

Unfortunately, a few hours after the introduction of the portal things began going downhill. Tax specialists resorted to Twitter to raise the flag against hitches tagging Finance Minister. This has forced the minister to ask the co-founder and Chairman of Infosys, Nandan Nilekani to tackle users’ apprehensions. Though the company has said that it is working swiftly on this project with more than 750 people, many glitches are still present, and the new portal has become a running comedy. The government has summoned the entity and ordered its team to resolve the problems by September 15, 2021. This date has passed without result.

Similarly, the company’s work on MCA 21 (Ministry of Corporate Affairs) and the GSTN (Ministry of Finance) projects gave similar types of headaches to many professionals and businessmen.

‘All is not well’ with the I-T portal

Numerous glitches cropped up immediately after the launch of the portal. Failure to create a One Time Password or Pin for authenticating Aadhar, hitches relating to password creation, inability to integrate historical data for previous returns are prominent among them. Some of the additional serious problems are mistakes in the calculation of interest, wrong catching of details from Form 16, failure to add particulars for tax exemption for trusts, failure to accept the tax return even days after submission, failure of the e-verification system, inability to capture the details from Form 26AS and taking a lot of time in uploading the return.

Furthermore, the portal was not fully functional and complete at the time of introduction. Several features were absent in the portal, and it was half-baked. There are manifold levels in the portal that should work in a cohesive manner for smooth transactions on the site. This has not occurred in the new tax portal. The government also failed to outline the scope precisely and introduced the portal in a hurry. This means that the gateway was far from ready before the introduction, and it was launched hastily.

Another common problem faced by the tax consultants is the poor performance of the e-proceedings utility. This is taxing for the taxpayers who must file responses to questions raised by the Income Tax department. They are also not able to upload any documents within a specified period. Also, due to the non-accessibility of online service for filing of Form 15CA or Form 15CB people making foreign remittances were not able to file the prescribed forms. This has created a major commercial impact.

Because of all the above glitches, tax professionals are batting for bringing the old portal or system, which was managed by the TCS. However, it is not as easy as making that statement and may give birth to new problems. Most of the data from the old portal has already been shifted to the new one and many have already begun filing them. If the portal gets reversed now, user information goes missing and a mismatch of details could generate an even major mess.

The portal remains an irritating concern for taxpayers struggling to file their returns, ahead of the deadline fixed by the government for the portal’s tech developer, Infosys, to solve problems. Many hitches still prosper in the return filing modules and even monotonous tasks namely requesting an adjournment in enduring assessments, complying with the ‘Vivad Se Vishwas’ system, and uploading digital signature have become challenging. Even though the government has extended the due date for individual taxpayers to file an income tax return (ITR) till December 31, it is imposing a 1% interest for each month of delay beyond the original July 31 deadline, provoking queries about the treasury punishing them for governmental fiascos.

The processing pace of the new portal also remains relatively time-consuming than the previous version despite some developments from the time when the portal was launched. In addition, ITR forms for companies, partnership firms, and Limited Liability Partnerships (LLPs) are still not available for filing. Due to numerous functional glitches, the user interface of the new portal is very difficult to use as it follows a step-by-step tactic. In the earlier portal, it was easy to fill in particulars on several tabs of the return form and populate them progressively till the time of filing. However, now, to fill up the particulars you may have immediate access to them after all the fields in the earlier steps are filled.

Importantly, the style the government configures its technology schemes is also defective. For instance, most government technology contracts warrant the vendors to work as system integrators. This means they must not only offer the software and related services but also arrange for hardware components, which comprise more than 50 percent of the total contract cost. Moreover, IT companies must pay the suppliers of the hardware upfront, but the payment from the government comes many months later.

As a final point, compliance portals like the I-T portal should be free from regular technical glitches. The government should not levy the interest for those taxpayers, who have already paid their total tax liability if they file their tax return within the prolonged-time limit. The government should act fast and fix the hitches creating chaos. Otherwise, it would be a huge trouble for the government that asserts by upgraded technology and makes big statements of creating digital powers for ease of doing business and ease of living.

The fact is that the tax portal glitch is a blunder by both the government and Infosys. Therefore, making Infosys the only villain in the story is prejudicial. Two weeks before, the RSS-affiliated Panchjanya blamed Infosys for being anti-national. This is not a welcome trend. However, if Infosys fails to fix the problems of the portal on time, it may adversely influence the government’s revenue collection.