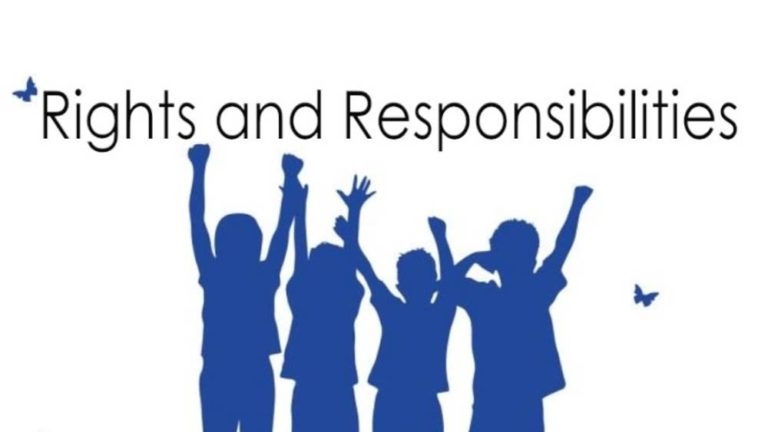 In a democratic society, Bhosale, Naidu, Talreja have equal rights as Biswal, Chatterjee and Mishra. But Talreja or a Chatterjee can always feel that they have the right to be treated nicely better than others like Biswal and Bhosale. May be due to their upbringing in a disorderly manner or due to the perceived wealth disparity or even as a result of big ego possession, one individual, or a group of individuals, feel, claim and act as more entitled than another individual or a group.

But most people, drunk and delusional about their social high, often cleverly forget that they have the responsibility to always respect others as individuals as they expect themselves to be. Ancient Chinese saint Confucius is credited to have epitomized his teachings in his famous quote “Don’t do unto others what you don’t want done unto you.” Some people, individually or as a group, assert their freedom that could infringe on other people’s rights. This is very bad and should not be tolerated because neither the morality, nor the laws permit such arrogance. The rule of law can’t discriminate between the two individuals.

Somebody, or a group of people, can’t claim to have superior rights to play loud music at odd mid-night hour that would lead to discomfort and inconvenience to lot of other people who generally sleep during those hours thereby depriving them of their right. Similarly, the other group can’t force music lovers to stop the music and sleep. The ethical and lawful solution in this situation is that both groups must respect each other’s rights to enjoy what they like and choose to do but also exercise their responsibility by doing their preferred activity so as not to disturb others to the extent that they are unable to exercise their right. Such behaviour tentamount to stopping one group from exercising their preferred choise which is not permissible in a democratic rule of law setting.

On what basis can we seek resolution when the perceived rights of two individuals or groups violate the rights of one another? The constitution gives citizens the right to life, liberty, and pursuit of happiness. In return, the citizens have the responsibility of supporting and defending the constitution that grants them such rights. Thus, rights and responsibilities are necessary and complementary to each other. They are not the opposite but two sides of the same coin. Rights are earned while the responsibilities are followed. An absolute right can cause a legal conflict, while responsibility resolves that conflict.

To enjoy the three basic rights of life, liberty and happiness, a right to exercise accompanies an obligation to be fulfilled by all members of the society. Besides satisfying the individual needs, the entire society benefits from such responsible behaviour of its members. Because certain goals can only be achieved by a group of people when that group behaves responsibly in a manner to allow individual members their freedom while harnessing the group’s energy and efforts to achieve larger societal goals.

One of the basic rights in a democracy is to vote – to elect person of one’s choice. But irresponsible or influenced voting defeats the very purpose of elections. Every election anywhere, democracy is dented by leeches who surrender their vote for current temporary gratification. Such sold out votes negate, cancel out the thoughtful votes cast by reasoned voters. Those corrupt voters, by their irresponsible behaviour of sponsored voting, infringe on the rights of non-corrupt, thus depriving them and the entire society of good governance.

Apart from fools who give away free their freedom to choose the leader for the next five years, the so-called wise and indifferent also have a responsibility towards the society. By choosing to be indifferent, silent, and non-participative, the Evil and Injustice wins and prevails.

A right must be exercised responsibly by all concerned. Non-participative are equally as dangerous as those who sell their soul for a few bucks. The rights of honest are infringed and dignity threatened by those so-called wise and meek spectators who wish not to learn from the wisdom of others but from their own experience at the hands of the same evil.