Market Capitalisation, Madness in the Mind 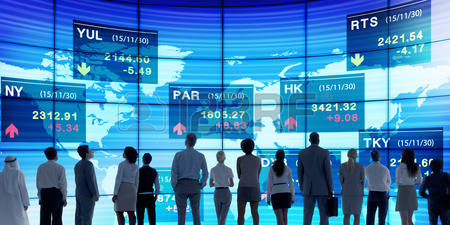 The whole concept about market capitalisation in nominal currency terms is a farce, as the aggregate figure is deduced from the price, notional in nature, after only a fraction of the total shares issued and flooding in the market are traded. Depending on the higher or lower volume of shares traded, the price could be lower or higher than the settlement (closing) price fixed on any trading day. The change in market capitalisation, based on current calculation methodology, from one day to another does not mean that someone, or a group of people, have either gained, or lost that much amount since the change in record is only notional and would be changed again the next day when the wheel starts rolling and flies fall on the roulette table.

The only thing sacrosanct about the day’s closing price is that the bookies were willing to bid only that many pennies for that much quantity of shares on a particular day. Period! If higher, or the entire quantity of issued shares were available for selling, or someone was willing to buy the full float on hand, the price fixed for such a trade on the specified day would definitely be different than that noted in the official bulletin after market close.

Beware when you hear anchors, or read some newspaper headlines, screaming “so-much-of-loss,” or gain, in market capitalisation inferring that a large sum of wealth was either generated or destroyed in the market mayhem on a given day. They take the amount of difference in closing prices (knowing fully well that it would change again tomorrow) multiplied by the total outstanding shares (when only a small fraction of which was traded) and go holler around the town. Someone should bring them to senses that one can make or lose money only when he/she bought and sold, at actual prices, a given quantity of shares. The loss or gain is always limited only to the extent of quantity transacted, and not the entire outstanding shares of the company.

Reading newspapers, the remaining ninety-nine feel happy that they became richer and jump in jubilation. On another day, when the stock price falls to US$9 after one shareholder sells in distress to pay his EMI, the capitalisation drops with a thud. All feel sad reading the headlines that shriek evaporation of US$100 worth of investors’ wealth. In reality, only one desperate trader lost just one dollar. Till all the hundred investors sold out, and some others bought them in, the gain or loss is realised only by those who close the trade. Remember, the price would not be the same if the entire army of hundred sellers and hundred buyers entered the pit all at the same time.
Do not mistake the gain or loss in the closing price as yours and feel happy or sad until you close the trade. Till then, it is notional – a figment of imagination – a false sense of happiness, and the cause of sorrow.

Some elite magazines compile and cobble together global rich lists and rank company promoters according to the amount of wealth based on this notional stock price that would have changed before the list was even published. On an average trading day, even in most of the large scrips, not even 1% of the issued shares are traded on exchanges. Out of which, hardly a quarter are marked for delivery and trades for the rest, generally speculative, are squared up. How this price can then be the basis for determining actual gain or loss in one’s wealth? In most cases, especially government corporations, neither promoters are willing to cash out, nor would anyone bid to buy them fully out, practically rendering the stock’s closing price irrelevant for calculating their wealth.
Simply recording change in wealth based on the notional price is the most lunatic, but perhaps the easiest, method.
Comment at [email protected]