Towards a Cashless India (Part I) 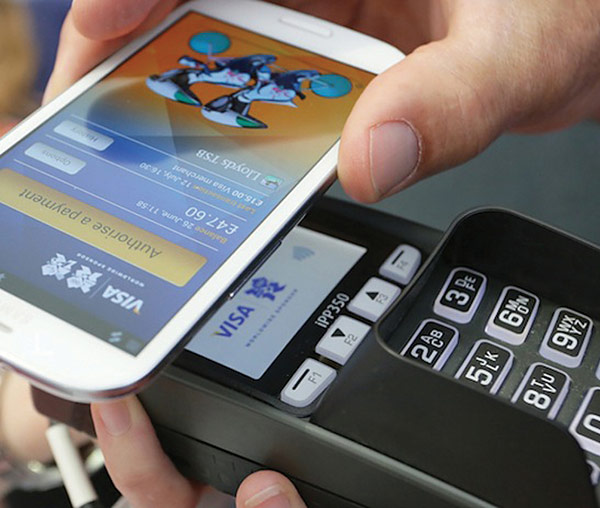 Demonetization was meant to be the proverbial straw that would set off a revolution in digital transactions or the very least, less cash transactions. End to end digital transactions require secure platforms which can facilitate transactions between two entities using either existing currencies linked via payment gateways or using virtual currency, commonly known as bitcoin.

Transactions can generally stop between two parties or keep extending to the last proverbial user in the chain. Users who are at the very end of a chain need to assume the authenticity of all predecessor transactions in the chain. Therefore, a digital contract needs to be much more than just a set of digitally enabled ‘secure’ transactions.

The need to know transaction history can be satisfied through the presence of following five essential requirements – presence of a peer to peer community, strong and robust database system that can manage distributed transactions, user anonymity yet, maintain transparency in the entire process and finally, transaction integrity of the chain (like using an encrypted digital signature). The entire chain should, of course, be dynamic (programmable) in nature. The technology that can meet all these requirements is called as a blockchain, where every transaction across parties is encrypted and shared in a common ledger.

What can be the benefits of such an encrypted and shared ledger? While the idea of a digital contract seems pregnant with enormous possibilities of speed, efficiency and transparency, the truth remains that the digital discourse is still in its nascent stages.  There is a tremendous expectation of an imminent breakthrough that would lock the world inside a digital bubble- a virtual universe where payments, receipts, agreements, contracts and every conceivable transaction would be settled digitally – that’s what a UNICORN is supposed to do in a startup world through the all too familiar concept of disruption. But for the world to embrace this digital revolution, digital readiness cannot be just limited to tweaking business processes, it is taking a bull head on. Several existing methods and processes will need to be redefined.

Taking the example of a simple accounting transaction in an organisation, the use of a new technology, say, a digital platform interface, can be assessed at four hierarchical levels of risk return, namely automation, rationalization, business process reengineering or paradigm shift. While automation is a simple elimination of manual intervention, process rationalization seeks to improve processes by streamlining resources and activities. Process reengineering increases the risk/return in a process and paradigm shift involves redefining the business itself. Movement of any business activity from an ‘information system’ orientation to a ‘business process’ orientation results in enormous positive spin off and creates multiple benefits to organisations. When an entity seeks to replace its cash transactions to fully digital payment systems, it could result in the following spin off for the firm:

So, what can be the benefits of such process transformation? The most obvious benefits could be better control and well defined processes and subsequent benefits could be possible elimination of non-value added costs in a business. Manual accounting systems will automatically be eliminated when a digital payment system is created. The digital payment infrastructure will automate the book keeping associated with such transactions. Error free by eliminating the need for manual intervention, we can create effective systems by better redeployment of staff time improving productivity. However, the essential check points – policy checks and audit checks must also be integrated into the payment system, thus making the system robust and ensuring process integrity – resulting in the birth of a ‘digitally native’ financial system.

The potential of a complete digital economy is, however inhibited by some critical concerns, the most important being that of regulation and its acceptance by the ‘analog classical natives’ ecosystem. The digital transformation train requires a combination of mission scalability, deployment speed and value creation for the customer – a tough proposition to be achieved in the presence of a control driven classical ecosystem. However, such environment act as the perfect cauldron of the innovations – we know of innovations that are disruptive to the existing environment.

Disruptive innovations can be characterized by their ability to solve complex issues and be novel – the two axis of growth. All disruptive innovations start by being less complex and novel, slowly raising through both the axis in a ‘S’ shape. The figure below depicts a typical S curve and the star is a potential point of presence of block chain technology. In these situations, we also come across paradigm shifting technologies – that are foundational in nature. The success of any society is to grab hold of such foundational technologies at the earliest and chart a new path to development. Digital financial systems using blockchains is one such example of a foundational technology. Foundational technology as their name suggests impact the entire ecosystem built around an existing process. It is at the transition to be novel, but not yet ready to meet the complex ecosystem of what it is destined to replace. Active research both in technology and strategy helps firms take conscious decisions towards such technologies. Coming back to the base question we started with – if digital contracts via encrypted signing and programmed processing can simplify the transaction process between parties, why do we not see its large-scale absorption? Virtual currencies remove the pain of printing and distributing cash, computer algorithms can control inflation by restricting contracts, reduced transaction costs due to large scale migration. Are we not visualizing a different environment?  The answer to this lies in mastering the impact of foundational technologies and not only disruptive technologies. Is India and the world ready for such foundational technologies? How can one pace the deployment of such technologies? We would seek some answers to these in future columns.