The Sharp rise in inequality is damaging 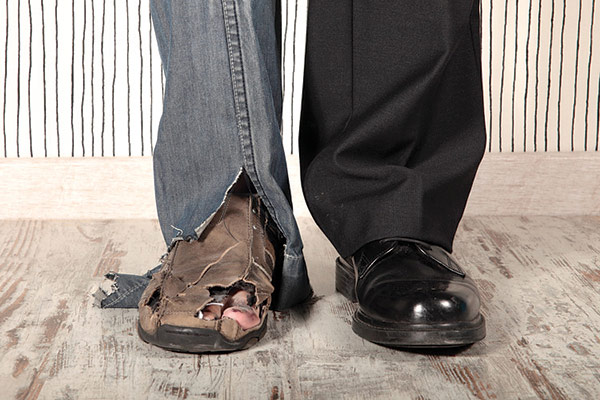 In India, the richest 1% own 53% of the country’s wealth, according to the latest data from Credit Suisse. The richest 5% own 68.6%, while the top 10% have 76.3%. At the other end of the pyramid, the poorer half jostles for a mere 4.1% of national wealth. The Credit Suisse data show that India’s richest 1% owned just 36.8% of the country’s wealth in 2000, while the share of the top 10% was 65.9%. Since then they have steadily increased their share of the pie. The share of the top 1% now exceeds 50%, which is far ahead of the US, where the richest 1% own 37.3% of total wealth, and Russia where the top 1% own a stupendous 70.3% of the country’s wealth.ndia is hitting the headlines as one of the most unequal countries in the world, a fact not new. According to a report by the New World Wealth, India is the second-most unequal country globally, with millionaires controlling 54% of its wealth. With a total individual wealth of $5,600 billion, it’s among the 10 richest countries in the world – and yet the average Indian is relatively poor. Compare this with Japan, the most equal country in the world, where millionaires control only 22% of total wealth.

According to another research paper titled ‘Indian income inequality, 1922-2014: From British Raj to Billionaire Raj’ income inequality in India is at its highest level since 1922. It was the year when the Income Tax Act was passed. The paper is prepared by economists Thomas Piketty and Lucas Chancel. In December, they will release the first ‘World Inequality Report’ where they will compare India’s inequality trajectory with other emerging, industrialised and low-income countries and suggest ways to tackle global and national inequality. According to their benchmark estimates, the top 1% of earners captured less than 21% of total income in the late 1930s, before dropping to 6% in the early 1980s and rising to 22% today. Over the 1951-1980 period, the bottom 50% group captured 28% of total growth and incomes of this group grew faster than the average, while the top 0.1% incomes decreased. Over the 1980-2014 period, the situation was reversed.

Last year also for the third year running, the World Economic Forum’s Global Risks Report had found a severe income disparity to be one of the top global risks in the coming decade. Oxfam believes that this sharp rise in inequality in India is damaging. Oxfam has calculated that if India stops inequality from rising further, it could end extreme poverty by 2019. If it goes further and reduces inequality by 36%, it could virtually eliminate extreme poverty.

India – along with all the other countries in the world – has committed to attaining the Sustainable Development Goals by 2030, and to ending extreme poverty by that year. The continued rise of economic inequality in India is the result of policy choices and is associated with a range of health and social problems. Overall, investment in public services and social protection can tackle inequality. According to the Oxfam report, India performs relatively poorly when it comes to social-sector spending. Only 3% of GDP goes towards education and only 1.1% towards health. South Africa spends more than twice as much on education (6.1%) and more than three times as much on health (3.7%). The government can start to reduce inequality by opposing the special interests of powerful elites, and implement reforms that redistribute money and power and level the playing field.