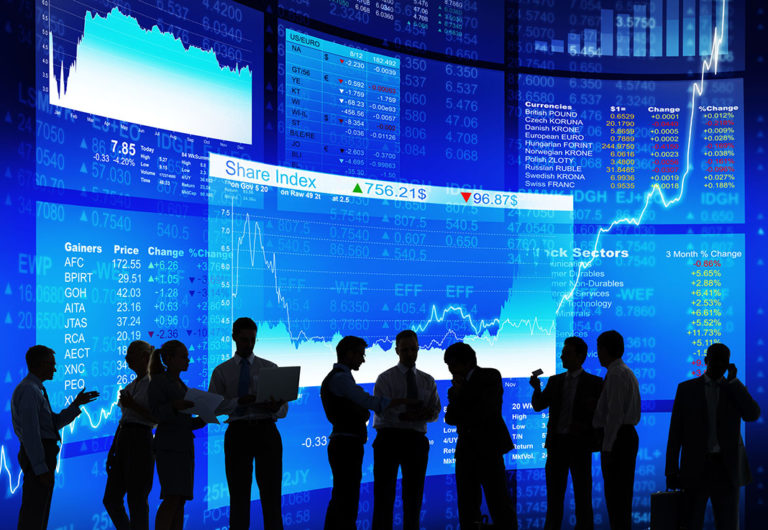 Retail investors, who assumed that what worked so far will keep working, might again be victims of painful price and greed adjustment

After the WW-II, Cold War, Hot Pursuit (of bin Laden), here is Hot&Cold war, Sweet&Sour relations that Oceania is perpetually with Eastasia in George Orwell’s prophecy The Nineteen Eighty Four. In the old classic, which was first banned and later a movie by the same name was made, Oceania is a bloc led by the US and Eastasia bloc led by China.

After new highs, record stocks gains accompanied by multi year low volatility, are investors prepared for what follows in this continuous cycle of wealth concentration by the few astute one-percenters and wealth destruction of the rest.

Globally, investors have been focussing on the rising stock markets over the past nine years since March 2009 lows ignoring everything else and every risk as if nothing matters and nothing will ever. A new paradigm is in the works where China is no longer considered a cheap toys and garments maker supplying to WalMart, or a cheap steel and chemicals maker supplying to the Middle East and elsewhere, but the largest standing army equipped with sophisticated weapons system and a desire to be known that way. China’s military might will push for a new normal in global order that can have extremely dangerous and far reaching consequences. China will display, what has so far remained beyond ordinary intelligentia’s imagination, in a spectacular way, its military might, no one can ignore. This is the start of new hot&cold, the sweet&sour relationship between the number one and two economies of the world. Everything will now surround this new narrative to set a new normal in trade and foreign policy, currency market and gold price settings and the UN. While people have been taught to talk about black swans, this is a potential great risk that might turn out to be a red dog.

Will investors be able to really live, not follow only the word, of Mr Warren Buffett, whose famous sermon is to “buy if the markets were to remain shut for five years.” When prices correct the excesses of the bull market euphoria in the great mean reversion cycle, from the record high PE ratios, indeed markets turn out to be as good as shut because you don’t find a profitable exit from an expensive trade done at the height of the bull market. Historical evidence shows, retail investors those who assume that what worked so far will simply keep working that way spend a long time in misery of painful price and greed adjustment after the equity bull markets tank.

Howard Marks of Oaktree Capital says “When markets do too well for a while – that is, when equity returns far exceed the growth rate of companies’ profits, and when bonds return more than their promised yield to maturity – it usually means they’ve become overpriced and will correct sooner or later. He explains the reasons behind the boom and bust cycles. Because of the involvement of people, governments and the central bankers, just like other cyclical phenomena “economies and markets tend first to overshoot in one direction (and given how people are wired, usually to the upside) and then they are bound to correct in the opposite direction.”

Uptrend and downtrend, both manifest periodically in stock markets. Both are not permanent. But, after a trend is in vogue for a fairly long time, investors tend to believe it will continue and develop complacency, that is their biggest and a deadly enemy. Low volatility and linear one-directional market induces retail folks into pleasure seeking plunge into equities, which they feel will continue rising since they have been recently. When that turns out to be their only argument, it usually ends in disaster. When volatility spikes, prices decline as the two generally have an inverse relationship.

During the financial year so far, less than 1% intra-day volatility in Nifty futures has been seen on maximum days in the last more than thirteen years. Likewise, intra-day range of 1-2% is witnessed only on 35 days, lowest number of days since 2005-06 for which data is available (see table). When a risk measure on conventional indices reads very low by historical standard doesn’t mean the current price trend is strong. It only means that the current price trend is more vulnerable to reversal should an unknown uncertainty creeps in. China is one.