How Much Money Does a Man Need? 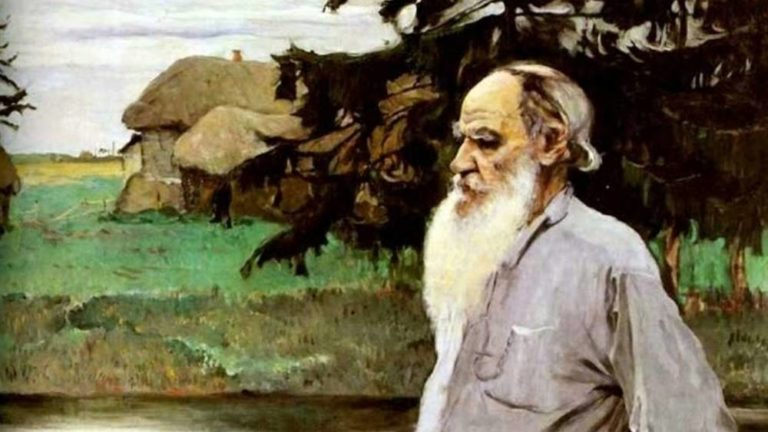 “How Much Land Does a Man Need?” It is Leo Tolstoy’s very popular story. It describes human nature through what is essentially a parable. The main character is a peasant that works the land for a living. The main themes are the corrupting power of greed and susceptibility to temptation…Pahom, the story’s protagonist, finds that his desire to own land grows as he acquires more land….Lastly, his servant picked up Pahom’s spade, dug a grave, and buried him – six feet from head to heel, exactly the amount of land a man needs.” The story, or the parable, is here retold by Ashok Jainani who warns, “though it is true that one should be ambitious but not excessive greedy.”  To Read Tolstoy’s Story in Full Click Here to Download

Poverty or Wealth Is A State of Mind

All riches have their origin in mind. Wealth is in ideas – not money, or lack of it. The sad reality is that everyone can’t acquire that state of mind. The problem of money is not only its scarcity. Even its excess can be, and often is a problem. The same is true with happiness. If it takes money to be happy, your search for happiness will never end.

Let’s understand this. One day, a bank guard found a bag full of money. He took the bag and went to give it to the bank manager. People called this man an idiot, but in reality this man was just a rich man with no money. One year later, the bank management redesignated him as a receptionist; 3 years later he was promoted as a customer-care manager and 10 years later he is the regional manager of this bank, manages hundreds of employees and his annual bonus exceeds the amount he could have stolen. Had he chosen to keep that bag for himself, he would have spent it and perhaps remained a guard for the whole of his lifespan. This man was rich in thoughts and honest in behavior that made him wealthy and could afford to retire to a rich and happy life. Therefore, wealth or poverty is a state of mind.

Most criminals and many politicians with a lot of money are actually poor people. They may have a lot of money but lack the conscience. When they are in front of money or presented with an opportunity to make more money, they lose their mind. They don’t know how they could earn that money by themselves and want to use every trick to grab it. That’s why they rob, steal or stage business deals in a manner to con the public. The rich, who may not have a lot of money, but have a characteristic ability to create wealth and sustain it through investments in productive assets. The poor, who may have a lot of money, are distinguished parasitic in their thoughts and actions.

Your mind has the capacity to make you rich or poor depending on how you put it to use. Those rich in mind know they can convert their ideas into the capital from which fortune springs. The rich are convinced and believe that they just need information and training to take off while the poor think that others must give them money to take off. If you see a young person who decides to train himself and learn new things, who constantly tries to improve the outcome of his efforts – small or big – know that he is a rich man. A person who’s always on the prowl for an easy win, and wants others to work for his goal – know that he is a poor man. Poor in ideas, and actions too.

A rich businessman who throws millions on cocktail parties but haggles for raising driver’s salary is a poor man. Money can’t be an end in itself. It’s both alluring and illusory. The more of it one has the more one wants. That often sets him on the wrong path and makes ethically wrong choices just because of the attraction of money. Human life and career aren’t just about making tons of money and loading up properties. It’s about accomplishing something worthwhile that is internal peace.

Wealth is largely the result of habit. Poverty is man-made and can be removed by a conscientious action plan. The rich and wealthy read a lot, set goals for themselves, take responsibility for their actions, continuously learn and embrace change. These characteristic traits set them apart from the poor who grumble and blame others. The riches come to those who work for it; and not to those who only wish for it.

The choices that you make are choices that make you. Nobody likes poverty, but many people remain poor, not because of anyone else’s fault but due to personal choices. Success with wealth is nothing but an outcome of small efforts. Everything that is created is first conceived in the mind.

The solution to overcome poverty therefore must focus on a mind transformation programme.