My Introduction to India 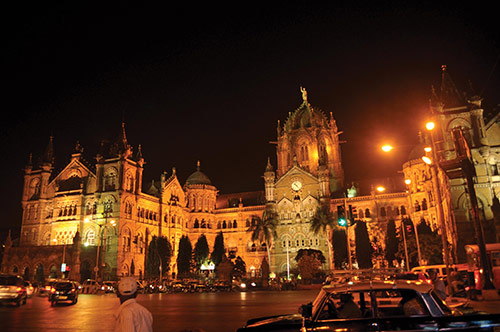 As a widow supporting two young children, mother had to earn every penny we lived on. Her spending priorities were education and travel. For years, I resisted traveling abroad, preferring to work summers as a camp counselor in the beautiful state of Maine. But then mother asked me to accompany her to India. In the summer of 1957, at age twenty, my resistance collapsed.

In New Delhi we lived in a Ford Foundation house, described as a “bungalow,” at No.5 Tuglok Lane, the only house I have ever lived in, being as I am, a New York City apartment dweller. We were welcomed by Multoni, the head servant; his assistant, the sweeper; Christopher, the cook; James, the driver, and the gardner. On the first day, poor Multoni walked into the swinging door leading into the kitchen and got himself a nasty-looking black eye. Servants are a wonderful convenience, but as mother came to learn, they also bring immense complications into one’s life.

In the back of the house was a large garden. One day while walking there, I came upon a village, or so it seemed to me. The inhabitants turned out to be the families, both immediate and extended, of the household staff.

Mother had been asked by the Ford Foundation to give a course on United States foreign policy to doctoral candidates at Sapru House (Indian Council of World Affairs). She taught in the morning. I attended her classes. We then returned to the house for lunch and a nap during the hottest part of the day.

Later in the afternoon, on my own, I enjoyed exploring New and Old Delhi, the Red Fort, the markets and playing tennis and even badminton, a first for me. I would return from these excursions by tonga or by motorcycle, clinging to the waist of a turbaned, bearded Sikh driver. After dinner, in the relative coolness of the evening, we sat in the garden or walked to the nearby Claridge Hotel to mail letters. In India I led a privileged life, far more comfortable than my lifestyle in New York City.

Several days each week, mother and I traveled to other parts of India. James drove us to Agra and Jaipur. We flew to Kashmir to stay on a houseboat on Dal Lake across from the Shalimar Gardens in the presence of the Himalayan Mountains. From the mountains to sea level. To Bombay. (The city became Mumbai in 1995.) The street life of Bombay is far livelier than that of New York. A banana seller carrying large stalks of green bananas on his head passes by. Oxen pull painted carts. A boy introduces me to his pet monkey. There are sellers of spices and birds. A woman and young boy collect garbage in jute bags – their livelihood. A man in a dhoti with hands folded and eyes closed, gazes toward the sea and prays. Two young children, sleep by the sea wall. Outside a Hindu temple, two cows are tethered. Worshippers emerging from the temple purchase a handful of grass which they feed the grateful cows.

I enjoy seeing that glorious colonial-era pile of stone, the Taj Mahal Hotel. In the late 1950’s, prohibition was in effect in Bombay. I remember sitting with mother by the large glass window on the second floor looking upon the Gateway of India stone arch and the Arabian Sea. We drank a local ginger ale with a powerful kick, perhaps to make up for the absence of alcohol in public places – in private homes, plentiful – and watched dramatic monsoon storms and the turbulent sea lash the sea walls. (Prohibition is a distant memory for me. Most evenings in New York, I imbibe a gin and tonic. Bombay Gin, of course. Queen Victoria adorns the bottle label.)

I visit the Victoria Terminus Station, completed in 1888 to commemorate the Golden Jubilee of Queen Victoria, and renamed the Chhatrapati Shivaji Maharaj Terminus in 1996 in honor of the founder of the Maratha Empire. It is one of the busiest railway stations in India.

Train stations have an enormous appeal for me. The drama of arrivals and departures. The huge train engines. The mysterious destinations. At Victoria Terminus, I jot-down in my notebook the names of trains: the Hyderabad Express, the Firozepur Punjab Mail, the Calcutta Express, the Madras Mail, and the Bangalore Post. On track 9, I watch the departure of the Deccan Queen for Poona. Station platforms teem with humanity, a number of whose members seem to have taken up residence there. From the end of the train platform, I see a nearby residence for Muslims who are about to begin their pilgrimage to Mecca.

On a night train, I lie on a padded sponge seat, a sheet over me. I am jolted from an uneasy sleep at a train station in the early dawn by a boy’s head appearing between the bars of the glassless window of our compartment. “Garam chai,” he yells – “Hot tea,” in Hindi. I stagger to the window and purchase tea from this up-at-the-crack-of-dawn chaiwala.

Years later, in 2011, on my third trip to India, after teaching high school students in Rajasthan, I again encounter the magnificent Himalayas, having flown to Dehra Dun, a hill station on their lower slopes. From there I proceed by car to Mussoorie, 7000 feet above sea level, to visit the house of Sir George Everest, appointed surveyor-general of India in 1830. Under his leadership, the survey was completed on which depended the accurate mapping of the entire subcontinent.

The house stands abandoned, subjected, writes his biographer, John Keay, to “both the considerable force of the Indian monsoon and the icy blasts of a Himalayan winter.” Animals peacefully graze nearby. A cow occupies a room in the house. We frighten each other. In the distance, the snow covered peaks of the Himalayan Mountains gleam in the sun. A wall in the house is covered with graffiti. To my amazement, I add these words: “Heaven on earth!” My first graffiti ever, but how could I resist, the setting being so beautiful.

Sir George Everest never saw Mount Everest, the world’s highest mountain named in his honor in 1856, ten years before his death. His name became a household word — the mountain, not the man. “But where history is oblivious,” writes Keay, “geography is tenacious” by having placed his name, as it has done, on every map of the world, and in the words of a later superintendent of the survey, “just a little nearer the stars than that of any other…”

Traveling in India, I found the presence of animals thrilling. On roads, in cities and villages, on sidewalks, railroad station platforms, everywhere, night and day. Cows, water buffalo, sheep, goats, lambs, families of monkeys with parents coddling their young. To liven up my street, I may request permission from the New York City Department of Health to graze a water buffalo on East 73rd Street between Lexington and Third Avenues.

From the time of my introduction to India in 1957, I have felt as if at home, drawn as I am to continent-size countries like my own. As with India, my city is a place of immense diversity. On our streets and subways and buses, and in schools and parks, 8.3 million New Yorkers of different shades and religions and national origins, live together, much of the time in harmony. Given human tendencies to hostility and violence toward those who differ from ourselves, this is truly remarkable. And how remarkable India is! Roger Cohen, a columnist for “The New York Times,” recently wrote, under the heading, “Ample India: An Inspiring Example”:

“Soon to be the most populous country on earth, it is home to close to a billion Hindus, some 172 million Muslims and tens of millions of Christians…. [In India] There’s room for multiple truths. It is this that makes the country such a source of hope. Whatever the errors of policy, and whatever the occasional flaring of terrible religious violence…the nation’s basic alchemy is good….”

When visiting Victoria Terminus in 1993, a troubled time in the life of Bombay, as social bonds unraveled, I remember coming upon a poster with these words of Gandhi, “Let all of us, Hindus, Mussalmans, Parsi, Sikhs, Christians live amicably as Indians, pledged to live and die for our motherland.”

Yes, in India and my city, the basic alchemy is good, but living amicably in a diverse society is a constant challenge and the personal responsibility of every one of us.

James Boswell wrote of Samuel Johnson that “He talked with uncommon animation of traveling into distant countries; that the mind was enlarged by it.” Serving as my introduction to travels to distant countries, India opened my mind and heart to a wider world.

4 Author can be reached at [email protected]