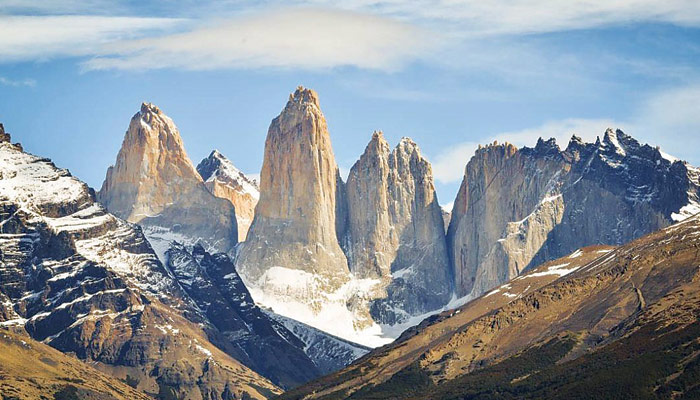 Henry David Thoreau revered the title of traveler: “His profession is the best symbol of our life. Going from ______ to ______; it is the history of every one of us.” But when it came to less theoretical journeys, he rarely stirred from his beloved Concord. Indeed, he scorned foreign travel. “It is not worthwhile to go around the world to count the cats in Zanzibar.”

I find travel to be one of the joys of my life. A special pleasure for me is to visit places associated with literary and musical figures to whom I feel especially close. I have visited Alexander Pushkin’s rented rooms at No.12 Moika Embankment in the heart of St.Petersburg, that beautiful city of canals, not far from the Hermitage Palace. As Russia’s greatest poet lay dying on the sofa in his library, having been mortally wounded in a senseless duel at the youthful age of 39, he looked up at the shelves filled with his books. To them he whispered, “Farewell, my friends.”

At Tolstoy’s country estate, Yasnaya Polyana (“Ash Glade”), where he was born,125 miles south of Moscow, I was a third generation visitor, following in the footsteps of my Russian grandfather, the director of Grammophone, a Russian company affiliated with His Master’s Voice, who spent several days there in 1909 with Tolstoy to record his voice. Mother was at Yasnaya Polyana in 1964 and I visited in 1973, the year of her death. The curator showed each of us the phonograph machine presented by grandfather to Tolstoy.

I visited Chekhov’s house at Yalta where he wrote his plays, “Three Sisters” and “The Cherry Orchard.” Chekhov welcomed to Yalta the players of the Moscow Art Theater to perform there. He would vastly have preferred seeing his plays performed on stage in Moscow, but the warmer climate of Yalta was deemed necessary for his frail health. Attempts to visit Tchaikovsky’s house at Klin seemed doomed to fail. My repeated requests to our hosts, the Institute of State and Law, were met with unhelpful comments: “Not enough time.” “Closed for restoration.” “Too far off the main road.”

The Institute had a plan to follow and Klin was not part of the plan – period, end of discussion. But having paid homage to Pushkin, Tolstoy and Chekhov, I was not about to be put off by Russian rigidity. As our bus reached the outskirts of Klin, my Russian genes inspired me. From the front of the bus, standing next to the leader of the Russian delegation, I began to hum a segment of music from Tchaikovsky’s, “Swan Lake.” No Russian can resist this glorious music of its most beloved composer and most beloved of Russian ballets. The driver was directed by the head delegate to proceed forthwith to Tchaikovsky’s house. The Russians on the bus were as thrilled as the Americans by his decision. In the house, I came upon Tchaikovsky’s copy of Pushkin’s “Eugene Onegin,” with marginal notes in the composer’s hand, perhaps placed there by him when composing his brilliant opera based on Pushkin’s poem.

This lark, instigated by me, got the leader of the Russian delegation in a heap of trouble with his bosses back in Moscow, having much delayed our arrival in the city of Vladimir where the mayor was waiting for us standing outdoors, frozen to the bone, in the midst of a snow blizzard. Diplomatically, I refrained from suggesting that he could have waited for us from a heated room.

My joyful travels have extended into the warmer climes of mythology – for example, the Greek island of Delos, birthplace of Apollo. On Delos I felt as Flaubert: “Let us sing to Apollo as in ancient days and breathe of the fresh cold air of Parnassus; let us strum our guitars and clash our cymbals and whirl like dervishes in the eternal hubbub of Forms and ideas.”

On another occasion, I pay homage to Richard Strauss when I visit the Greek island of Naxos because of my fondness for his opera, “Ariadne auf Naxos.” There, with my Walkman, seated on a rock overlooking the Aegean Sea, I listen to a recording of this charming work and imagine seeing Bacchus in the distance swimming toward the island, singing of the charms of the enchantress Circe, from whom he has escaped and, unknown as yet to him, is about to succumb to the charms of Ariadne. Sea, sky and music! Ah, Strauss! Ah, Greece! Ah, myths of Greece!

In the town of Lucca, lying to the west of Florence, four generations of Puccini’s forebears served as organists in the cathedral of San Martino. I visit the Puccini apartment. Walking through the rooms, I hear recorded arias from “La Boheme,” “Tosca,” “Manon Lescaut,” “Madama Butterfly” and “Gianni Schicci.” In the visitors’ book I write, “With deep gratitude to Giacomo Puccini who introduced me to the world of opera.”

My most vivid impression of Egypt will forever be the Nile, traveling by ship the six hundred mile distance from Cairo to Aswan. At dawn, on the empty deck of the ship, I read aloud, “The Splendour of Aton,” the glorious hymn composed by the Pharaoh, Akhenaten, who ruled from 1375-1358 B.C., to the sun god, Aton. The hymn begins:

Thy dawning is beautiful in the horizon of heaven,
O living Aton, Beginning of life!
When thou risest in the eastern horizon of heaven,
Thou fillest every land with thy beauty;
For thou are beautiful, great, glittering,
high over the earth;
Thy rays, they encompass the lands,
even all thou hast made.
….
Though thou art afar, thy rays are on earth;
Though thou art on high, thy footprints are the day.
The fish in the river leap up before thee,
And thy rays are in the midst of the great sea.
(“A History of Egypt, From the Earliest Times to the Persian Conquest,” by James Henry Breasted.)

Years later, a voyage to a far away place. Chile lies between the Andes and the Pacific Ocean, a narrow land never more than 221 miles wide, with a coastline extending more than 2700 miles. I stand on the ship’s bridge with the captain and crew members, watching the fog-enveloped sea, islands, mountains and clouds. I have with me the poems of the Chilean poet, Gabriela Mistral – the name of “an archangel and a fierce French wind” – writes Ursula K. LeGuin who translated her poems into English. For years, Mistral taught at schools in Chile. Pablo Neruda writes in his memoirs that she introduced him to the Great Russian novelists. Both received the Nobel Prize in Literature: Mistral in 1945, Neruda in 1971. From her poem, “Fog”; the lines seem to have been written for this voyage:

The fog has been thickening
into a bluish – grey blanket
and blinding the sea she steals
our clutch of archipelagoes….
She blurs away Chiloe,
reaches down to Tierra del Fuego….

Will I ever return to this remote part of the world? Prospects are good, for in Punta Arenas, on the Straits of Magellan, I kissed the foot of an Indian warrior forming part of a statuary tribute to Ferdinand Magellan. And when walking along the mountain trails of Torres del Paine, I munched on calafate berries. These actions by me, according to local tradition, promise a return.