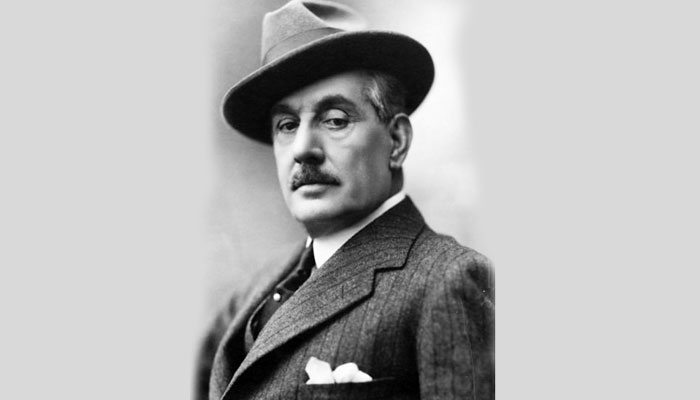 Opera is an important part of my life. In addition to providing enormous musical pleasure, opera has encouraged and enriched my travels and broadened my knowledge of history and literature.

Giacomo Puccini (1858-1924) was my introduction to opera. What better way to begin. His operas are deeply emotional. For me, emotion is the essence of opera. His music pierces my heart. I really care what happens to Rodolfo and Mimi in “La Bohème”; to Tosca; to Cio-Cio-San in “Madama Butterfly.” Even now, decades later, I find myself walking on the sidewalks of New York, humming the music for Rodolfo’s aria when he declares his love for Mimi. At college, I drove my roommates crazy, playing an ancient recording of “La Bohème” many times daily.

Next for me came Verdi. My fondness for his operas led me to visit Busseto. The landscape is flat, for these are the fertile plains of Emilia in northern Italy through which the River Po flows. Walking along the narrow country road to the Verdi estate at Sant’ Agata, I pass fields of corn and wheat. Lizards dart over the parched earth. Cows languish in the shade of an occasional tree. The only sounds were those of crickets and bells from a nearby stone church. The midsummer sun was intense. “Do you think,” Verdi wrote, “that under this sun and this sky I could have written Tristan or The Ring?”
No person who is serious about opera can fail to be drawn to the glories of both the Italian and German repertory. Toscanini, fervent admirer as he was of Verdi and Puccini, opened his first season as music director at Milan’s La Scala, center of Italian opera, with Wagner’s, “Die Meistersinger.”

Traveling with college friends many years ago, on my first visit to London, I came upon Covent Garden. That very evening, the Royal Opera was presenting a rare full-length performance of “Les Troyens,” an opera usually performed in two parts – The Capture of Troy and The Trojans at Carthage – composed by Hector Berlioz, based on Virgil’s “Aeneid,” with the Canadian tenor, Jon Vickers, singing the role of Aeneas. What a treasure trove of talent we had stumbled upon. Later I came to learn that Berlioz, as a child, wept at his father’s reading of Virgil. He wept for good reason. Aeneas, with his fellow Trojans, were refugees when they arrived at Carthage, having been driven from their homeland by the Greeks. Virgil writes of Aeneas coming upon a palace wall bearing a Carthaginian mural of the suffering people of Troy:

Look, here is Priam. Even so far away
Great valor has due honor; they weep here
For how the world goes, and our life
that passes
Touches their hearts.

Dido, herself a refugee of yet another conflict, welcomes the Trojans. Virgil writes:

Come, then, soldiers, be our guests. My life
Was one of hardship and forced wandering
Like your own, till in this land at length
Fortune would have me rest. Through pain
I’ve learned
To comfort suffering men.

“Les Troyens” is an opera based on a classical text with a present-day theme: The suffering of a refugee people.

Because of my fondness for “Ariadne auf Naxos,” I pay homage on another occasion to the opera composer, Richard Strauss, by visiting the Greek island of Naxos. There, with my Walkman, seated on a rock overlooking the Aegean Sea, I listen to a recording of this charming work. I imagine seeing Bacchus in the distance swimming toward Naxos, singing of the charms of the enchantress Circe from whom he has just fled. Unknown as yet to him, but known by me, he is about to succumb to the considerable charms of Ariadne. Rapture, sea, sky. Ah, Strauss! Ah, Greece! Ah, the ancient myths!

Another opera experience for me, this one far from any opera house: On Whitehead Island, off the coast of Maine. Friends gather around the marine radio at night to listen to the Coast Guard weather report. Heavy rain and gale force winds are forecast. In the morning they arrive, with gusts reaching 40 miles an hour. The sea is a seething fury. We huddle by the stove for warmth. Sheets of rain beat against the cabin windows. The Whitehead lighthouse and foghorn warn unfortunate mariners of nearby perils.
The storm provides me with an opportunity to share with friends my enthusiasm for opera. I select the opening chorus from Verdi’s, “Otello”:

Waves are heaving! Winds are howling!
Both the sea and the mountains quake….
Both sea and
Land are shaken, the wind is howling
through the waves and lashing them….

The first performance of “Otello” took place on February 5, 1887. Verdi was then 73-years-old.

He had not composed a new opera since “Aida,” sixteen years earlier. As the audience gathered at La Scala for the first performance, some present may have wondered whether his full creative powers had survived the long interval. The thrilling first scene of “Otello” – there is no overture, the curtain immediately rises on the storm scene – banished all doubt concerning his creative powers. After the performance, singers and admirers from the audience walked from La Scala to Verdi’s hotel. He appeared on the balcony. The tenor who sang the role of Otello held up his hand for silence. He then saluted the composer with Otello’s triumphant first-scene greeting, “Esultate!” (“O rejoice now!”) Meanwhile, the young Toscanini, who had played second cello at the performance, rushed home, awakened his mother, and told her: “Mama, Verdi is a genius! Down on your knees to Verdi, down on your knees to Verdi!”

Here I was, on this remote island off the coast of Maine, in the midst of a severe storm, indulging in one of life’s civilized pleasures: listening to opera. The storm passes, the weather clears, but the recording remains very much a part of me. I am seized with the music. Under a now-blue sky, I leap with joy from rock to rock, along the island shore.
Opera has introduced me to other places in the world. “Tosca,” where each act is a landmark of the city of Rome: The church of Sant’ Andrea della Valle; the Palazzo Farnese; the Castel Sant’ Angrlo. In St. Petersburg I pay homage to Pushkin and Tchaikovsky. How mother enjoyed reciting Pushkin passages from “Eugene Onegin” in Russian and attending performances of the marvelous Tchaikovsky opera. To the North Sea resort of Aldeburgh, adopted home of Benjamin Britten, composer of “Peter Grimes” and “Billy Budd,” and his companion, Peter Pears, who performed the tenor title roles of Grimes and Captain Vere.

To the town of Lucca, lying west of Florence, where four generations of Puccini’s forebears served as organists in the cathedral of San Martino. Along the narrow Via di Poggio stands the building where Puccini was born and lived much of his life. In the visitors’ book, upon departing, I write, “With deepest gratitude to Puccini who introduced me to the world of opera.”