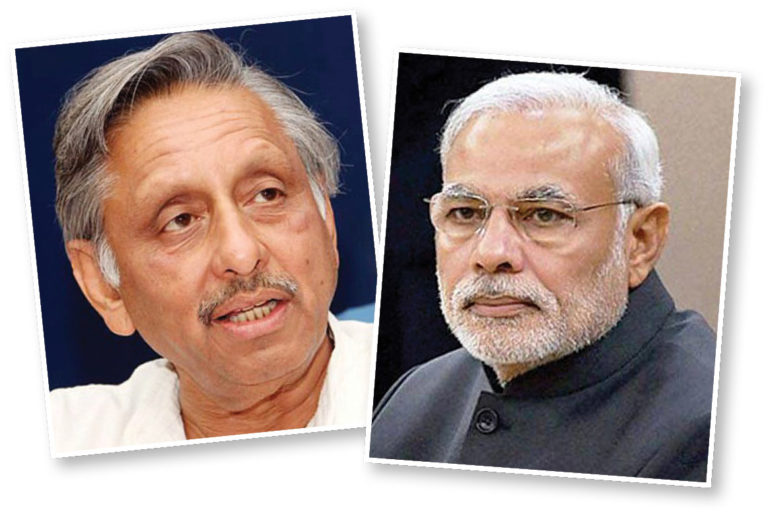 I wrote a piece long back in December 2000. It was the most fruitful piece I’ve ever written because within a week of its publication I got an invitation to attend a birthday party at Taj Palace, New Delhi; an invitation which was considered a kind of recognition those days that ‘one has arrived’ followed by many more. The party was on 26th January 2001 India’s 51st Republic Day. It was the day when Gujarat earthquake, 7.7 on the moment magnitude scale, occurred early morning at 08:46, lasted for over 2 minutes and killed more than 20,000 people. It also injured another 167,000 and destroyed nearly 400,000 homes. Since the party could not be cancelled at the last minute the gathering turned into a fundraising program and the host was able to collect (a pledge in fact), if I remember correctly, around Rs10 crore for the Prime Minister’s Relief Fund. It was certainly no mean achievement. Amitabh Bachchan was announcing the name and the amount and since I was standing close to him, he asked me ‘how much, sir,’ assumimg I must be some businessman in a suit.

As I said, many more invitations followed, some I could attend and some not, but the most memorable one was again a birthday celebration of twins Disha and Drishti at the same venue next year when all of Bollywood and the Indian polity was present. At the cake-cutting, singers Sonu Nigam, Hariharan and Anu Malik crooned “happy birthday”. Those who attended still remember that lavish birthday bash.

But now I remember it not for that sumptuous food and the dignitaries present, but the topic I wrote on. I think before I proceed I must let my readers have a peek to that piece. Here it goes as it was published –

Though I liked his guts and overtly dealings with a galaxy of who’s who, there was always some suspicion. I have never met him, but I have seen him in one or two social gatherings in Delhi and I can vouch he conducts himself very well. Maybe that’s the reason he is invited to all the important and not so important functions alike. He has friends in high places and being the general secretary of the party which should be credited to stop the inclusion of one more name in the list of incompetent and undeserving prime ministers we have. Even then, as I said despite all there was always some suspicion. But I am glad Amar Singh, the Samajwadi Party leader proved he is different and the aura he carries is unlike others not fake but truly genuine. And this he proved on 16th November (2001).

Everybody in Delhi, who matter, was there in the party hosted by Satish Gujral in honor of H K Dua, press advisor to the Prime Minister (Atal Behari Vajpayee). The white pyjamas (It’s cold in Delhi, so no Kurtas, please) were also in plenty having a good time drinking the best wine in town.

When the party was about to end Congress MP Mani Shankar Aiyar, who have had too many, came up to Amar Singh and shouted: “You are a racist. You prevented Sonia Gandhi from becoming the Prime Minister because she is a foreigner. You are an opportunist, a political weather cock. You are a dog of the Ambanis.” It was too much for any sane person to get provoked but Amar Singh kept quiet.

Mani did not stop here. He said, “What kind of a Thakur are you? You have got tremendous tolerance, or is it that you have developed thick skin in politics?” Amar Singh still wanted to avoid him. Mani abused his mother and when that also did not work he made a derogatory remark and that too for someone who was not present in the party.

Mani Shankar Aiyar said, “We belong to the Oxford and Cambridge set…. Your leader can’t even articulate himself in English….Oh, that bloody Mulayam – he looks just like me. It could be because my father visited Uttar Pradesh at some point. Why don’t you check with Mulayam’s mother?” Ultimately this made Amar Singh lose his temper. He grabbed Aiyar and beat him up. The matter was hushed up.

Aiyar writes very good English, but most of his writings are in defiance of Nehru-Gandhi family which comes too close to flattery. He even flaunts it. He said to Amar Singh, “You are underestimating my clout with Sonia Gandhi. I write all her speeches. I did it for Rajiv too.”

But that is certainly not a qualification. After all, only faith and proximity matter in politics. What I find most funny in this episode is how some people are so proud of their Ox-bridge connections and in the process, consider all those millions of people idiots who have gone through Government primary schools and Indian Universities. I am proud of my school and college, which had no Ox-bridge returned teachers because there I was taught not to utter such sentences for anybody and call even our servants with a ji, And I feel there lies the secret of Amar Singh’s tolerance though later he gave a ‘political reason’. Mani has always been in awe of white skin because that’s what you end up being in a London School.

I remember his other infamous remark about North Indians having fair skin because Moghuls and other conquerors entered India from that side. So tracing our forefathers would be really a difficult task. As this was not enough when the news leaked and a reporter asked for his version of the story Mani replied “I have nothing to say about that goonda.” But then who said Ox-bridge boys don’t use this word. Thank you Mr. Aiyar and sorry Mr. Amar Singh but we do fail to judge people.

I wanted to recall the above incident because some people said “Aiyar has become senile and whimsical by age” when the same Mani Shankar Aiyar, who is still very much a Congress man, called Prime Minister Narendra Modi a ‘neech kism ka aadmi’ (a vile man) who has no ‘sabhyata’ (civility).

No, that’s not correct. Not many people know that this was not the first time the gentleman has uttered such filthy language. Aiyar’s jibe at the Atal Bihari Vajpayee in 1998 is well-known. In 2004, as petroleum minister, Mr Aiyar gave instructions to remove the thoughts of freedom fighter V D Savarkar inscribed at the Port Blair’s Cellular Jail. When Opposition raised the issue in Rajya Sabha, he cooly stayed home and it was a sight when the then Leader of the House Pranab Mukherjee appealed with folded hands, that the government would find out what had been said by the Minister and till then, the issue be held in abeyance and the House’s business be allowed to run smoothly.

Aiyar’s infamous and immoderate chaiwala description of Prime Minister Narendra Modi in 2014 had raised a hornet’s nest and was condemned by one and all.

Mr Aiyar later issued an apology to PM for his comments. “I meant low level when I said ‘neech’, I think in English when I speak in Hindi as Hindi is not my mother tongue. So if it has some other meaning, then I apologize.” This itself is a blatant lie. One has seen him speaking immaculate Hindi on several occasions. Not to forget the facts – Aiyar was born in Lahore in British India, attended the Doon School, St. Stephen’s College, Delhi, Trinity Hall, Cambridge (Rajiv Gandhi was his junior) and so a complete Delhi boy. Poor-Hindi is a lame excuse because being a Delhi resident for long, his command over the Hindi language is second to none.

One is astonished to learn that Mr Aiyar is a former IFS Officer. He joined the Indian Foreign Service in 1963, was consul-general in Karachi from 1978 to 1982 and resigned in 1989 to take up a career in politics. Foreign Service people are very serious about the kind of words they choose. It is indeed tough to comprehend how he failed to be “diplomatic” in his choice of epithets.

With all the above narrative, it is hard to believe how he has survived so long. The truth is Aiyar has survived because of his loyalty to the Gandhi family. No doubt, the paper tiger that he is, Aiyar will be embraced back to the party fold sooner than later.

On the other side, people who know him find him a very lovable person, but I know him only through his book Pakistan Papers, which I found very well-written. However, it is his arrogance and superiority complex in his sub-conscience that keep slipping out of his mouth.

At the end only Mick Jagger’s lyrics come to mind “I’m not an addict, it’s just a habit.” Also I found a Tamil quote: “Nunalum than vayal kedum” (a frog wrecks by its inability to keep its mouth shut) which again is very apt. .