Imran Khan: Not a Nice Man to Know 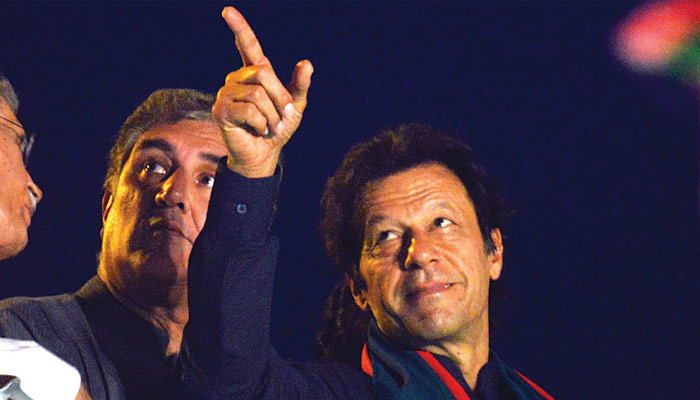 “Do you have any idea how long I have been doing this for? I’m so fed up of this crap. It’s been twenty fucking years! I can’t do this anymore!” It was Imran Khan, the newly elected Prime Minister of Pakistan speaking to his the then wife Reham Khan, three years back when she would plead with him to attend to an issue by visiting to the location. When confronted he would always say “Do you know how old I am?” By all means the man wanted the throne.

Instances like this are filled in Reham Khan’s much awaited book, released the few months before the general election. Her tell-all book Reham Khan had garnered plenty of attention. There are many allegations, many secrets about the much loved Kaptaan of Pakistan ‘whom nobody refuses.’ Yet the impact of these allegations on the voters seems to have minimal. But that doesn’t make Reham Khan’s book any less important.

There were too many things working against Reham Khan and she had to self publish the book. Right on the first page she mentions “this was a mountain that I had to climb largely on my own. No one wanted to tell my story. Everyone who took an interest was in it for other reasons.” This book was in the making since 2015.

Interestingly she wrote this book on her iPhone. Reham has written an unputdownable book which I finished reading in three sittings spanning over less than two days.

Daughter of an ENT surgeon, working in Libya of Muammar Gaddafi, Reham had a very pleasant childhood. Her father was deeply in love with his beautiful wife and a content man with three children, earning handsomely, away from his motherland. Her mother did everything to perfection but eventually “she would finally come to accept that life is not about being perfect.” The book is about two imperfect lives – Reham and Imran Khan.

As a child Reham Khan knew the difference between prosperous Libya and regressive Pakistan yet she landed in the same country leaving behind her a very successful career, money and a bright future for her immediate family. Her eventful life is open in the book.

She was married at a very young age. About her first marriage she writes: “Throughout my marriage, even looking sad was not allowed, let alone sulking.” And after her divorce she was impatience and energy personified. In that heat she met Imran who would fantasize about both of them working together, in a manner akin to Albert and Victoria and would frequently mention how the couple had changed the face of Britain.

But with Pakistan it is not to be.

Her nikkah with Imran was pronounced on October 31, 2014 when she was 42. It seems she fell head over heels for the man though in her book it was the other way round. An independent woman working in media, and who fought with the man just day before when he accused her that someone called him to tell that she used to dance topless in a bar in London. And the man texting her for the return of the money (about $450) he had sent, a step seems very ungraceful that a man of Imran’s stature will stoop so low as to ask for such paltry sum from his lady love.

Let’s take some juicy details from the book which are a reflection of the character of the man now heading Pakistan. It’s not deliberate since there is absolutely no finer side the reader finds in the 350 page book.

Imran Khan is known for his rude name-calling of political opponents like referring to the Sharif’s as gunjas, (a derogatory word for baldness). She discloses that once while cleaning his drawer she found ‘post-hair implant care’ leaflets.

Once Imran told her that he had fathered five illegitimate children and the information was always given to him by the mothers. There were some Indians too and the eldest child was 34 at that time. The interesting conversation is well recorded: “Why did the mother not come out.” “Because she was over the moon! She had been married for ages and couldn’t get pregnant. She was overjoyed, promised to keep it a secret. The rest were too married and they didn’t want their marriages to be destroyed,” replied Imran grinning mischievously.

The last confrontation between Reham and Imran beats the best script ever written for a movie. After a heated argument Reham says, “There must be some good left in Pakistanis that this country has been saved from you. My people have been saved. And Allah has saved me. Imran, all this year I kept wondering why Allah would deprive you of your wish. I don’t know…Nawaz might be a criminal….he might be a murderer. But you know why Allah has given him his place? Because he knows how to respect his wife and daughter. Imran, jao, tum azaad ho.”

It seems Allah did not bother about her curse and did not come on the way when the Pakistan army, which never went quite out of power, decided to hand over the throne to the man, in a democratic way. Right from beginning when he entered politics corruption alone has been the only focus. The problem is if Reham has to be believed (and there is absolutely no reason not to) then his success on the corruption front is doubtful.

Reham writes, “I would learn that the easiest way into Imran’s ear was via money. He would always describe people with money with great admiration. For people with money, Imran had the most patience and charm. By providing small favours, they could dictate to him in whichever way they wanted.” She writes that everything in the house was paid for by others: the dates, cows, goats, cars, petrol, salaries, and even construction works. His lifestyle and habits were supported and reinforced by constant free supplies. And what a lifestyle? Reham writes: “The typical day’s cocktail would generally consist of half an ecstasy tablet and one or two lumps of coke, followed by two to three sedatives at night.”

The list of tell-all stories is too long so we’ll leave it at that. But there are several flaws in her narration. I found her name calling very disturbing. Astonishingly, she literally abuses some ladies who were nowhere involved with her life which she could have very well avoided. Like for one Bina Sultan she writes, “a fashion designer by day but also the lady of the evening for many, including Imran.” And to confirm she writes in bracket “according to the man himself.” Then “he managed to get the girl related to Mansha’s family pregnant with just a drop.” The stories make the reader believe that Imran had seemingly slept with everyone on the planet. She sums up, “Imran is a master of creating misunderstandings” rather she has ended up creating a lot of misunderstandings in so many lives.

Imran Khan, even after so many failures, losing elections with alarming regularity, soldiered on for 22 years. He wants to establish a New Pakistan, whatsoever it may sound but the dream sounds really good and pragmatic for a country like Pakistan where literally democracy is a luxury that only the elites can afford. It was under Zia who ruled Pakistan for 10 years that the Islamisation was started in a systematic way with full government protection, which ultimately irreversibly changed the fabric of Pak society. Imran, in such scenario, found time running out for him.

As his outbursts indicate a crushed Imran ultimately surrendered and accepted the friendly hand extended by the army and the ISI to win a majority in the house. Now he is wearing the hat of the new savior of Pakistani people. The compromises he made will not be remembered after few months if he proves himself to be an honest and upright leader leading from the front fearlessly. Like he did as the captain of his country’s cricket team.

But as a person Imran Khan is certainly not a nice man to know whose party brass includes people like ex-ISI man Ijaz Shah who helped hide Osama bin Laden. Character is not a shirt.