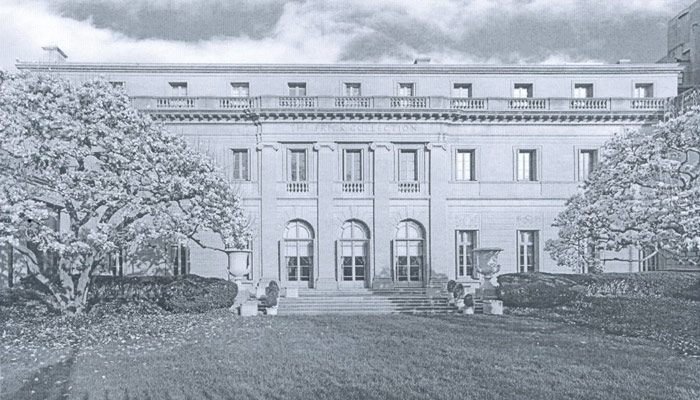 The sounds of New York City are both harsh and melodious. Beneath my office window, fire engines and police cars, sirens screaming, attempt to move in streets blocked by traffic. “Is your building on fire?” a telephone caller asks me. “Nope,” I respond, “life in NYC.”

On subway platforms, arriving trains screech as brakes are applied. Some passengers on the platform place hands over their ears. We are fit subjects for Edvard Munch’s famous painting, “The Scream.” New Yorkers on the sidewalk do the same with passing fire trucks and ambulances.

On Second Avenue, huge trucks pass, horns blaring, more appropriate for the wide open Kansas Plains than congested streets of a densely populated city. My eardrums throb from the blasts. Garbage trucks relentlessly grind away early in the morning and late at night. (Thank goodness they do, otherwise we would be under a mountain of garbage.)
But not all the sounds of the city are harsh. From my apartment, located on a side street midway between two busy avenues, Lexington and Third, I lie in bed early in the morning, listening to the singing of birds from gardens below my window. I enjoy hearing the sound of ship horns from the East River, a reminder that I live on an island located off the North American continent.

Other welcome city sounds. On sidewalks and in restaurants, conversations and laughter. In subway stations, the haunting music of the Andes performed by Peruvians. In parks and squares, splashing water of fountains. In opera houses and concert halls of the city, glorious music.

Beneath the roadway outside my apartment building lies buried treasure in the form of tangled telephone, television and other electrical wires, and gas, water and sewer lines. A veritable underground forest. Throughout the year, teams of workers arrive with pneumatic drills to dig up the street. What a way to begin the day: stepping out of my building into the shattering sound of drills, or smelling the poisonous vapors of tar being applied on the roadway. “Dig We Must” say the signs and dig they do, with little or no coordination among the agencies doing the digging.

Welcome aromas in the city. The fragrance of grass and flowers and trees in the parks. In my neighborhood, on cold winter nights, the scent emanating from wood-burning fireplaces in brownstone houses. The fragrance outside Indian spice shops, of perfumes from beauty shops.

Above the pavement, scaffolding everywhere, as repairs are made to stonework on building exteriors. When walking, I try to avoid blocks with scaffolding. Not easy to do. The expense of all this is enormous. It would be nice to think the investment is justified. Or is it a boondoggle for companies in the business? On sunny days, for pedestrians, scaffolding is a sun-stealer, casting sidewalks into shade. On wet days, it serves a useful purpose as an extended umbrella. I seek out city blocks with scaffolding on wet days to find escape from the elements.

New Yorkers are not adept at fixing things; at least this one is not. I depend on the building superintendent and doorman to rescue me, calling on them to fix radiators that misbehave, like not emitting sufficient heat, or those that clank – “the hiccups of our central heating” – to quote Proust. To relight the extinguished pilot lights on my stove. (I have an overly vigorous housekeeper who knocks them out with every stove cleaning.) To open and close stuck windows. To install the living-room air conditioner in the spring and remove it in the fall, returning it to the mountain of clutter in my hall closet by the front door. (An apartment dweller has no basement or attic, making for huge space problems.) To help me with unending technology glitches.

Subways are very much a part of my life. Each month I purchase a half-fare card for $60.50, enabling me to take an unlimited number of rides on subways and buses for a 30 day period. I take about 100 rides which comes to 60 cents a ride. The regular fare is $2.75. Part of my volunteer work involves providing poor people with cash grants. I discourage some callers from coming to my office unless they have a good case for assistance, not wanting them to spend $5.50 from a monthly income of $700 just to hear me say, “Sorry, I can’t help.”

After I have plunked-down $60.50, I become infuriated when I can’t gain entry to the subway because the dirty turnstiles won’t accept my card. If I have no other choice, with a subway pulling into the station, I crawl under the turnstile. Not easy on the knees and subjecting me to possible arrest for “theft of service.” As a lawyer for 50 years, an arrest would be a blemish on a thus far unsullied career.

I also use buses. “Lurching” is a problem – what drivers must do with the bus to avoid hitting a vehicle cutting directly in front of them. A sudden stop is a good way for a passenger to be hurled to the floor, or propelled through the front window of the bus. As a precaution, I don’t rise from my seat to exit until the bus comes to a full stop. At the front door, the driver can cause the bus to lean down, making it easier to board, but not with the back door to assist in exiting. I ignore the recorded admonition to exit from the back door, since I do not welcome having to jump from a bus, even when stationary.

Most important to me in my daily life is my habitat. (“How small to others, but how great to me!” Ovid) I have lived in the same 3 1/2 room, sixth floor apartment at 155 East 73rd Street since 1964. When I began apartment hunting two years after finishing law school, this was the first place I looked at. I found the apartment most appealing: an elegant neighborhood, good view, plenty of sunlight, fireplace in the living room, built-in bookcases, solid construction, an inviting lobby, in the kitchen even a servant’s entrance for a non-existent servant.

The apartment also had the distinct advantage of being under rent control, legislation dating back to World War II. (The war had concluded nineteen years earlier in 1945.) A rent controlled apartment is governed, not by market conditions, but by a statutory formula. A real estate agent tells me that on the open market, the landlord would receive twice the rent I pay. (Come to think of it, I have always lived in an apartment, and always rent controlled, except when living for a time at No.5 Tuglok Lane in New Delhi in 1957 at age 20 where mother was teaching international relations to graduate students. This is the only house I have ever lived in.) Mother never felt the need to apologize for being the beneficiary of rent control. She would say, “Texans have an oil depletion allowance, I have rent control.”

Over the past few years, major improvements have been made to my apartment house. A new passenger and freight elevator, a new electrical system and the repair of bricks on the exterior wall – hence the scaffolding outside my building, now down after two years. The residents who own their apartments – almost everyone else but me in my building – are being assessed these costs. As a renter, I will not be. The advantage of ownership, of course, comes with the increased value of one’s investment. Had I chosen to buy my apartment forty years ago, I would have paid $90,000. I chose not to do so for the good reason I didn’t have the money. Today, my apartment has a value of about $900,000. A real estate investor owns the shares to my apartment. When I depart the scene, he will acquire possession.

I am fortunate that he is so responsive to my requests. When the walls were screaming, “Paint us,” I called his company. He promptly sent a painter. Damage to my ceiling from a leak in the apartment above me was quickly repaired. In some buildings, rent control tenants are not so fortunate. There is a story – perhaps apocryphal – that these tenants never stand at the edge of subway platforms, lest there be someone lurking nearby to push them on the track into the path of an oncoming train, thereby freeing up their apartment. Life in New York City can be rough, especially when it comes to real estate.