Supply Chain Finance for the Small Business in India 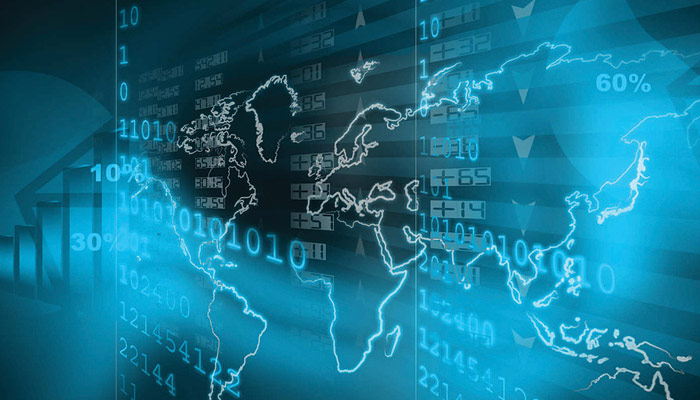 Will technology be a saviour?

Are firms in India invested into Supply Chain Finance (SCF) management to be able to realise the potential gains? Are small and medium enterprises willing to consider technology driven solutions for their funding requirements? After raising these questions while elaborating the importance of SCF management, in the first part of this two-part series, now in this concluding part Prof. K.S. Ranjini and Rajdeep Bhatia attempt to explore the answers to these questions.

Supply Chain Finance (SCF) is increasingly viewed as being extremely significant in the overall financial management of a business, specially the small and medium enterprises. Today, the market for SCF stands at $2 trillion in financeable highly secure payables globally and a potential revenue pool of $20 billion as estimated by Mckinsey. SCF represents a win-win opportunity for all participants in the supply chain by improving down time, increasing efficiency and reducing cost. Are firms in India invested into SCF management to be able to realise the potential gains? Are small and medium enterprises willing to consider technology driven solutions for their funding requirements? In this concluding part of the two-part series, we attempt to explore the answers to these questions.

With a view to get first hand perception of SCF among the companies and to see if technology infusion has changed the way of working of SCF, we ran a detailed survey to understand various SCF tools implemented by companies. We floated the questionnaire to a number of companies of which we received responses from 16 companies and we present the significant findings that could give interesting insights into the future of SCF.

The companies that transcend the supply chain participate in the supply chain in their capacity as seller or buyer or both. This makes the supply chain function complex and the strategies used by companies become paramount to efficient management of SCF. 75% of the responding companies under the present study responded to our survey as buyers taking this number to 12. Other 18.75% responded as both buyers and suppliers and one organization filled the survey from supplier’s perspective. Almost all the major industries such as automobile, chemical, electrical equipment, pharmaceutical, IT, FMCG and the new age e-commerce have been represented in this study. The annual turnover of the responding companies ranged from 500 to 1000 crore for two responding companies and above 1000 crore for 14 companies who participated in the survey.

As for the position of these responding companies in the market, 50% companies were leader in their respective industries, 25% were among top 10%, 18.8% were in to 25% and just one respondent recognized itself as a swiftly growing company. We also asked companies to place themselves in their supply chain. Some of the companies play multiple roles and they responded accordingly. 13 respondents placed themselves as manufacturers and six as service providers. Two responses were filled from perspective of a distributor, one from supplier, one from contractor and three from retailers’ perspective. The respondents’ position in the supply chain also covered almost all the functions in the supply chain such as contractor, distributor, manufacturer, retailer, service provider and supplier. Of the companies that responded to our survey, only four companies had a SCF initiative that ran longer than 10 years. Three companies had their SCF initiatives between five to 10 years. The remaining companies had SCF initiatives running for a period of less than five years – they were new to SCF practices.

In our study, we found no evidence to suggest that the policy adopted by a firm evolves in any particular direction over a period of time. In other words, firms did not necessarily move towards aggressive management of working capital even as they were managing working capital over a significant time period.

The common SCF instruments used by companies were discussed in the first part of this series. An overview of these is provided in the Table below: The respondents of our study reported the use of SCF instruments and it is captured in the following figure: Challenges in implementation of SCF The most surprising results of the study came from the perception of the challenges faced by organisations in implementing SCF management solutions. Financial reasons were listed well below the learning, training and technology management problems. The biggest impeding factor for SCF management has been perceived as lack of training in Supply Chain Finance. Lack of automation, lack of information and knowledge and lack of trained workforce have been identified as significant reasons for not adopting technology driven SCF solutions. Our study already indicates that firms prefer a conservative approach to manage their working capital rather than aggressively managing their supply chain to realise significant economic gains.

The fact that small and medium enterprises (except one) did not respond to the survey and the fact that even the larger businesses have identified skill, automation, personnel and training as significant impediments gives us some sense of how the SCF management has evolved in India. Though this study is still only exploratory in nature, the directional sense that one gets is that Indian business has a long road ahead in embracing technology driven SCF management practices.

According to a study conducted by Altradius in 2017, on average, 96.7% of respondents in India reported late payments from their domestic B2B customers. This is the highest percentage of respondents reporting late domestic payments in Asia Pacific, well above the regional average of 89.6%. India also had the highest average Days Sales Outstanding (DSO) figure in Asia Pacific. This increased to 49 days (from 48 days in 2016) and is much higher than the average DSO of 40 days reported for Asia Pacific overall. In situations like these SCF can be a saviour for Indian companies making maximum utilization of available capital. In a 2017 report entitled “Supply Chain Finance: Riding The Waves,” Oliver Wyman talks about a “third wave of growth” in SCF. “While the first and second waves were buyer and supplier led, the third wave,” says Oliver Wyman “will see a new harmony of buyer/supplier solutions, driven by more sophisticated data analytics solutions and the provision of finance at earlier stages in the supply chain (pre-invoice approval).”

Globally today, solutions involving block chain technology are being embraced for better management of supply chain. 4,500 farmers in Australia are connected to their end customers, mainly supermarkets and restaurants’, using a platform enabled by blockchain and this is likely to result in tracking food orders more easily and getting farmers paid more quickly. The blockchain solution leverages blockchain technology to reduce the wait time for physical documents to be exchanged between parties, which now can take anywhere from five to 10 days. Implementing electronic transferral of documents means goods can be shipped and payments received more quickly. The platform also provides greater transparency for the end customer as to where the end product is sourced. While the blockchain and smart contracts are revolutionising SCF across the globe, our study on the set of companies indicates that India still has a long way to go in implementing full-fledged SCF tools by embracing technology driven solutions.