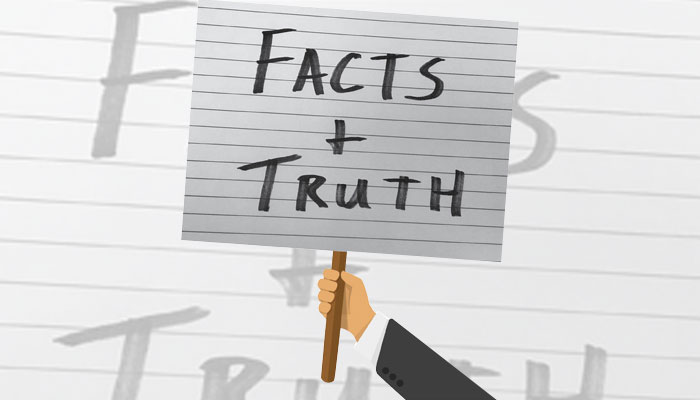 Probably there is no simpler legislation ever passed by Parliament. The points are very clear as the provisions. There should have not been any ambiguity in its explanation to a common Indian citizen. It was a generous gesture offered by the nation to all those who had been suffering since decades. The suffering was caused by the biggest mistake – partition – done by those who were in a hurry to rule the nation. The legislation is intended to correct the flaws of the Pact of 1950, better known as the Delhi Agreement. This was a treaty signed by Jawaharlal Nehru and Liaquat Ali Khan in the aftermath of Partition when the communal riots followed wherein both the countries assured to safeguard the security and rights of minorities in their respective countries. There is no secret that India has kept its end of the bargain while Pakistan has failed. So by all means CAA is a humanitarian legislation. There has been evidence of religious persecution against Hindus in Pakistan and in Bangladesh, where cases of killings of atheists by Islamic militants are well-documented.

The Citizenship Amendment Bill (CAB), which came into effect from January 10, 2020, seeks to give solace to those six minorities Hindus, Jains, Sikhs, Buddhists, Christians and Parsis who fled Bangladesh, Afghanistan and Pakistan where they faced religious persecution. The CAB was steered through both Houses of Parliament before it finally became law. The law will not extend to Rohingya Muslims who are persecuted in Myanmar, Nepalis in Bhutan and Tamils from Sri Lanka. The Second Constitutional Amendment in Pakistan declared the Ahmadiyyas to be “non-Muslims” and places restrictions on the community including denying it the right to vote. By not including them who face persecution in Pakistan, or the Hazras, Tajiks and Uzbeks who faced persecution by the Taliban in Afghanistan, the law is being seen as potentially violating Article 14. Should the Act include all of them?

However, West Bengal becomes the fourth state, after Punjab, Kerala and Rajasthan to pass a resolution against the Act demanding that it be repealed immediately. The Telangana government has also announced that it would not implement the legislation. These State Assemblies have asked the Centre to repeal the law and revoke plans to implement a nationwide National Register of Citizens and update the National Population Register. These non-BJP ruling parties are in fact only making a political point because citizenship, aliens and naturalisation are subjects listed in List 1 of the Seventh Schedule and fall exclusively under the domain of Parliament. So they are just fooling people with misinformation.

There are a series of ongoing protests in the country against the Act. The protests have often been violent and Jamia Millia Islamia became the centre, where it all started first. Then it was Lucknow, and slowly it was all over. Not to be left behind, JNU also gifted another student leader Sharjeel Imam. Like many others staying in JNU hostels for decades surprisingly this guy is pursuing PhD in Modern Indian History, (hold your breath) after graduating from IIT-Bombay in computer science. He made inflammatory speeches at Jamia, Aligarh and at the Shaheen Bagh. He has been booked in sedition cases lodged across several states. The meticulous planning done by these protestors makes it almost certain that there is absolutely no doubt the protestors across the country are paid regularly and huge amount of money is pumped in. Women and children who have no idea why they are made to sit the whole day are the worst sufferers. The only question left to be answered is who is really paying them.

A report, titled ‘Summary of evidences proving that PFI has mobilised cash for organising demonstration against CAA’, sent by the Enforcement Directorate to the Ministry of Home Affairs has alleged that Kerala-based organisation Popular Front of India (PFI) has funded protests across the country. “The scrutiny of deposits and withdrawals from bank accounts of PFI and its related entities has revealed there is a direct correlation between dates of deposit/withdrawal of money from the bank accounts and dates of demonstration/gherao against CAA in different parts of the country.” In another part of the report titled ‘Analysis of Bank Accounts of PFI’, it is alleged that the organisation received `120.5 crore, which were withdrawn either the same day or within two or three days. This part of the report mentions that the ‘money trail has proved beyond doubt that PFI has mobilised money to finance the cost of demonstrations. Notably, the ED has been probing PFI since 2018 with regard to a case of money laundering.

The PFI has denied the charges but if these claims are found to be correct then there is really some structural fault in Indian democracy.

Now the European Parliament, which has no power to question the democratically elected Indian Parliament’s rights and authority, has also consented to discuss CAA, forgetting India is a sovereign state and it is free to be the sole determinant of its legislation on who can be granted Indian citizenship. Five groupings comprising 559 members in the 751-member European Parliament have moved resolutions stating that “the CAA is selective and excludes Muslims from provisions provided to other religious groups and marks a dangerous shift in the way citizenship will be determined and will create the largest statelessness crisis in the world.” These groups were nowhere when in 2016, the US Commission on International Religious Freedom recommended declaring Pakistan a tier-1 Country of Particular Concern for severe violations of religious freedom under the International Religious Freedom Act. Even in August 2019, again the US, the UK and Canada expressed concerns about religious oppression in China and Pakistan in a meeting on safety of religious minorities in armed conflict. This selective aggression on the part of these groups is nothing but stupidity.

In fact, from December 18 onwards, protest started at different places in Europe. The Indian diaspora mainly comprising students and research scholars are circulating a pamphlet: “We, a group of Indians in Europe (Germany, Netherlands, Sweden, Switzerland, Poland, Finland, and France) have organised a protest at the United Nations, Geneva on the 1st of February. We stand against the CAA on grounds that it violates our Constitution and goes against the secular nature of our country. It is inhumane, un-necessary, arbitrary, prone to be being abused, and will disproportionately affect the minority communities, and poor people in our country.”

These are the people for whom protest march is just like an outing with likeminded people, not beyond that.

And the so-called Intelligentsia

The basic problem with Indian intelligentsia, although India as a matter of fact never had a community that could be termed as intelligentsia, is that they have their own agenda. They don’t act on logic. They are blindfolded with their allegiance to a particular political party, not an ideology, so they have divided themselves in two rock solid groups – Modi lovers and Modi haters. That’s the reason the kinds of arguments we come across either on TV sets, columns in newspaper, or at any other platforms, are unjustifiable. To prove their allegiance they forget even basic decency and arguments to prove their points. At times the arguments seem childish, often idiotic. Intelligentsia should have a mind of its own.

To give a glimpse, I’ll narrate an incident that happened during Indian History Congress (IHC) at the 80th session at Kannur University in Kerala where Governor Arif Mohammed Khan was the Chief Guest. In his speech Prof. Irfan Habib raised some points on CAA but, when the Governor addressed these points “as a person duty bound to defend and protect the Constitution” Habib rose from seat to physically stop him, tried on stage to disrupt address and heckled him from speaking. And his arguments are really shameful: He questioned Governor’s right to quote Maulana Azad, shouting that he should quote (Nathuram) Godse. The Governor had come with a prepared text and was going to speak from it but when some speakers before him had mentioned about the CAA protests, he was forced to respond. “You have every right to protest. But you cannot shout me down. When you shut the door for debate and discussion, you are promoting culture of violence. I would not have spoken on this issue if it had not been raised it. Since you raised it, you are making political statements. I am under oath to protect, preserve and defend the Constitution”, governor said.

IHC secretariat is based in Room No. 306, Centre for Historical Studies, Jawaharlal Nehru University.