Name of the game: lie, guile, and beguile 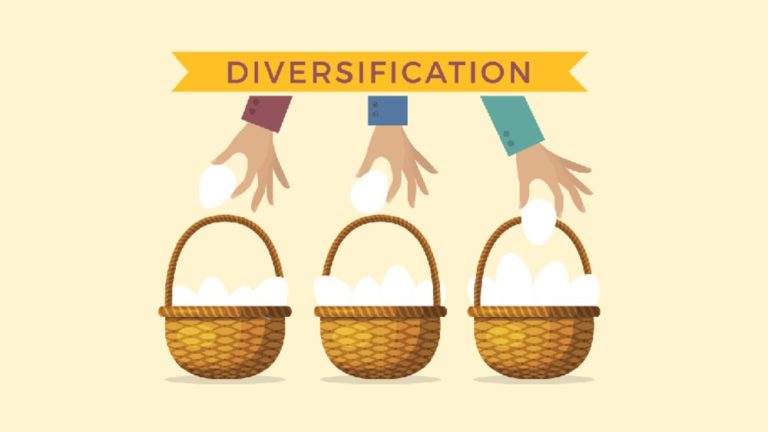 The popular investment advice has turned lethal. Diversification has proved really to be good advice for the financial idiots – spreading money across one asset class – stocks, bonds, and mutual funds, part of the same asset class – paper assets. Thinking behind this conventional advice is that if one part of your portfolio is hit hard, then you’ll be able to float with gains in other parts. True diversification doesn’t mean a diversified portfolio of stocks. It means asset allocation among different asset classes – Land, Gold, Bonds, and Stocks.

The diversification boogie of the late last century led to phenomenal growth in the mutual funds’ industry since individuals couldn’t diversify themselves due to limited investment corpus, and intelligence. The new fad, Exchange Traded Funds, is undoing that as passive ETFs seek to mimic the index and put all the monies into too few scrips. ETFs approach is completely opposite to that of diversification

Modern-day money managers are dying for your money, quite literally as they scream in their promotional material, to manage and grow it for you to have a secured future. To make their services beguiling, they would roll out various spreadsheets, charts and spin top-down bottom-up arguments all aimed at making you part with your hard-earned money, so that they make merry bonuses for themselves.

They promote the virtues of portfolio diversification – the mantra very thoughtfully and cleverly conjured up that truly remains unattainable even for professional money managers. Your individual limitation is converted into “collective might”, they claim when they ask you to pour your monies in the pool known by various names. Even the underlying philosophy – Modern Portfolio Theory (MPT) – says that beyond a point diversification per se does not yield improvement in performance; rather gives a headache to the fund manager. Since its introduction decades ago, there is growing evidence challenging the theory’s basic assumptions that markets are efficient and investors are rational. Both are bunkum.

Time diversification, in conjunction with portfolio diversification is another idea widely circulated by the wizards that implies a “buy-and-hold” strategy which essentially means that the longer an investment is held, the less likely it is to produce a loss. The basic assumption is that diversity in speculation combined with time elongation reduces risk.

Risk is risk; whatever you may call it. Mathematicians say that risk can be measured as it is always a probability issue – deviation of the result from the expected event, and also the extent of deviation from the expected value. It is a set of possibilities from zero to 100 percent, from extreme loss to extreme profits – but all in theory. Though mathematically correct and clever too, diversification gives a false sense of mental safety. Risk is most obvious when an investment is volatile and least obvious when a risky investment has not yet shown any volatility.

Diversification is most difficult to assess and achieve when risky investments are not obviously volatile – the proverbial “calm before the storm.” It’s impossible not to be blown by the winds when you go out in the blizzard. In simple terms, for ordinary folks, the advocates of diversification urge you to spread money around in lots of bets. Put the money in fifty different holes for fifty long years. And don’t worry, be happy. As per the theory, someday some stocks will surely play the trick and bring some bundle of profit offsetting the losses by others that turned out to be duds.

The first fallacy of the belief in portfolio diversification is that it displays a lack of confidence in the bet that you set out to make. You doubt whether the trade would make you money or take it away. One of the most important tenets of successful trading is “When in doubt, don’t trade at all.” But since you must trust, hence diversification – a whole lot of bets and meaningless mathematics – that aims to cancel out profits from some stocks against losses made by others theoretically, and practically keeping you exactly where you were before undertaking this intelligent adventure. The basic aim of this mathematical concert is not to make you any richer but, as per theory, minimize the risk – only psychologically, which the theorists say should automatically lead you to prosperity.

What’s the logic or fun? The fundamental flaw in the Modern Portfolio Theory (MPT), proclaiming the virtues of diversification, is that the investments are not selected individually on their merits. Rather it is selected on how each asset price changes relative to how other asset prices in the portfolio change. The second flaw in this spread-your-eggs story is that it forces you to play for small stakes – little here, little there, and a little everywhere. You cannot get rich with that howsoever long you persist and perspire, and if at all you remain in the circus.

The third trouble in investing too thin in too many stocks is that when things go wrong, which is often inevitable, your ability to make a reasoned judgment is hampered because of its demand to take many painful decisions all at the same time.

Diversification as such does not appear that advantageous when you weigh these flaws against the supposed sense of safety. Whatever the claims of the theorists, and howsoever sophisticated and impressive it may sound, admittedly diversification itself is no guarantee against loss. Rather, it may turn out to be a cause if you can’t handle so many balls in the air at the same time. Why practice the agonizing aerobics.

Trust fund managers seek to judge their performance against certain benchmark indices that provides an incentive for under-performance or non-performance. When the unit NAV falls by 10% against a similar drop in the index, they proudly claim they haven’t done badly in view of the overall market decline. Their goal suddenly shifts from protecting and growing your capital, to matching and marching with the index. But what happened to their original promise that they will grow your funds for you to have a secure future and tension-free retirement. These individuals seek and accept positions of significant responsibility, but when it comes to obligations, they blame the markets index.

It’s completely out of sense to judge money managers’ performance against an index. In a bull market that doubles the benchmark index, you have hundreds of secondary stocks that move up more in percentage terms than the blue chips – 400 to 14,000 percent, due to a variety of reasons including low base prices, increase in volumes on entry of new investors, etc. In such a scenario, a manager would have to be a moron not to beat the index. In reality, should that be considered an out-performance when the market universe from where the manager’s portfolio is selected itself, is beating the index on its own?

In a bear market, even fund managers who succeed in beating the index can effectively wipe out your capital and ruin your retirement plans. When the Dow drops 58% and your maverick money manager loses only 50%, technically outperforming the market – losing less than the index and receiving awards for that – slices your capital by half. Forget returns, your capital is gone for good, despite the fund’s outperformance. Thank you, doctor, what a great surgery: “Operation is successful but the patient is dead.”

Don’t confuse brains with the bull market. Considering their degrees and promises – managers are supposed to beat the market both on the way up and down generating absolute positive returns. But many of the funds have a “long-only” mandate, and yet must they seek to beat the market on the way down? It’s not sensible besides being in contravention of the stated objectives of the fund. There is more madness in this conceptual dilemma of portfolio diversification that seeks to eliminate risk and maximize profits. Unfortunately, no techniques and quantitative filters can make this flawed theory work in real fractal markets.

That’s why managers insist “You can’t time the markets”. In other words, if the NAV goes up, it’s the manager’s skill in stock picking and if it goes down, it’s the perfidious market to be blamed. So, they just stay bullish and prove their performance on a statistical basis, and in a bear market, well, it’s your money that’s gone. The sad fact is that highly educated and well-paid money managers can also have a bad time and lose as often as ordinary blundering plungers can.