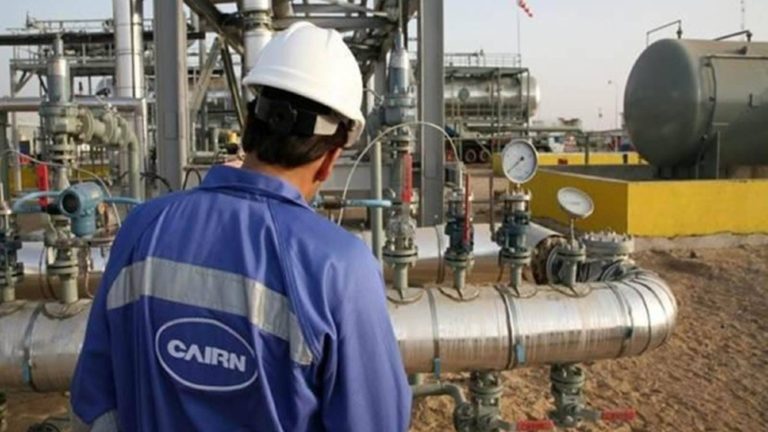 The media reports suggest that the company has identified $70 billion of Indian assets overseas for potential seizure. The assets identified range from Air India’s planes to vessels belonging to the Shipping Corporation of India, and properties owned by state-owned banks. Cairn has started moving courts to get a declaration that state-owned entities are alter egos of India and they should be held liable for the discharge of the arbitration award in absence of the government making payments. Once a court recognises Air India as the alter ego of the Indian government, Cairn can seek attachment or seizure of its assets in the US such as airplanes, immovable assets, and bank accounts.

If this move is successful it will put India in league with Pakistan and Venezuela. Last year a court in the British Virgin Islands had ordered that hotels in New York and Paris owned by Pakistan International Airlines would be used to settle a claim against Pakistan’s government by a Canadian-Chilean copper company. Same way Crystallex International Corp had brought a similar lawsuit to attach the property of the state-owned oil company of Venezuela after it failed to pay the firm that an arbitration tribunal had ordered to pay.

Let us understand the genesis. In 1994 Cairn invested in the oil and gas sector in India. Shortly, it made a huge oil discovery in Rajasthan, and in 2006 the company was listed on the BSE. Six years after that the government passed retroactive tax law and amended Section 9(1) (i) of the Income Tax Act, retroactively making it applicable to ‘indirect transfers. Armed with the amendment, the government in 2015 imposed on Cairn Energy a draft tax assessment of Rs. 10,247 crores for the corporate restructuring that took place in 2006. India had seized and sold shares of Cairn in its erstwhile India unit, confiscated dividend due, and withheld tax refunds to recover the tax demand it had levied.

Immediately Cairn sued India before an investor-State dispute settlement tribunal alleging that imposition of taxes retroactively violates the India-United Kingdom bilateral investment treaty. The tribunal ruled in favour of Cairn, holding India guilty of violating the fair and equitable treatment obligation of the India-UK BIT. The tribunal also ruled that whether the 2012 amendment was constitutional or not has no bearing on India violating its treaty obligations because India’s liability has to be ascertained under international law. However, the international arbitration court specifically has made clear that the basis of the judgment was not a challenge to India’s 2012 law, which gave the government powers to tax deals retrospectively, or India’s sovereign right to tax.

It all started during the UPA government when the then finance minister Pranab Mukherjee in his 2012–13 budget speech brought this proposal to change the Income Tax Act, 1961 with retrospective effect to undo the Supreme Court judgement in the Vodafone tax case. The Supreme Court, in an interim order on 15 November 2011, had directed Vodafone International to pay Rs 2,500 crore and provide a bank guarantee of Rs 8,500 crore. However, later on, 20 January 2012 it directed the tax department to refund Rs 2,500 crore with an interest of 4 percent within two months and asked its registry to return the bank guarantee within four weeks.

Later Mukherjee became President and he also published a book The Coalition Years (1996 – 2012), wherein he has accepted that it was born out of his conviction that “India’s Direct Tax Policy should not discriminate between domestic and foreign entities. With the Supreme Court setting aside the judgement of the High Court, it created an unusual situation where the tax department would have to return several thousands of crores to several companies. One of the major concerns of the Supreme Court while delivering its judgement was the potential effect on FDI……but I maintain that this was not a case of FDI. Rather, money was paid by one foreign company to another for purchasing the former’s assets in India. Second, the nature of the FDI policy is entirely the prerogative of the Executive.”

Mukherjee has explained in his book that “What foreign investors need is certainty in tax laws and not a tax-free environment…..crucial deciding factors include the size of the domestic market, low costs of operations, and labour and skilled manpower. Since India offers a huge domestic market, low costs of operations, and a cheap and skilled workforce, a direct tax policy that does not discriminate between domestic and foreign entities have very little role to play in attracting FDI. Clarificatory amendments were proposed to make the intent of the legislature clear.”

Further, he writes, “Despite the angst that my proposal generated at that time, and even now, both from within my party and outside, I wonder why every succeeding finance minister in the past five years has maintained the same stance.”

Right from day one this amendment was branded regressive. Harish Salve had gone even to the extent that if a client asked me ‘should I invest in India today? I would say “no”. As the fear was it has certainly made India less attractive to foreign investors. The amendment was a momentous error.

Considering the speeches made by Bharatiya Janata Party’s leaders the NDA government, immediately after assuming office in 2014, should have corrected this blunder. The party leaders, day in and day out, were criticizing the UPA government for unleashing tax terrorism. However, the Narendra Modi government, instead of amending the law, relentlessly pursued the tax claims against Vodafone and Cairn Energy.

The country has been paying a dear price for this. It is no less than waging war on foreign investment. Still, there is time to act rationally.