Why equity investment has low penetration in India? 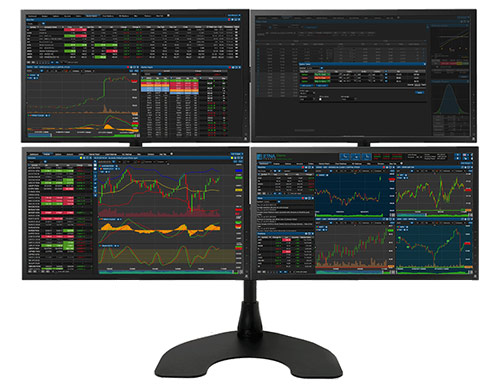 As on December 2016, the available data shows, there are 2.73 crore Demat accounts but out of this only 25% of the accounts are active. This figure confirms the assumption that only around 2% of Indian population invests in equities whereas in US more than 18% of the population participates in equity investment. Gujarat, Tamil Nadu, West Bengal and Uttar Pradesh account for little less than 60% of stock market investors. Maharashtra alone accounts for more than 20% of stock market investors. Another interesting data reflects that only about 2% of India’s household savings are exposed to equities vs average 45% in U.S.
The big question is – Why equity investment has low penetration in India? A historical analysis shows following main reasons –

Inheritance of wrong perception
When an individual starts understanding financial nitty-gritty (generally, late teenage), he’s told (overhears) by elders in the family that this is actually a “casino”. One can never make money and will surely one’s future. This is where the initial seeds are put and one starts fearing/avoiding equity investment without even knowing what it is. Haunting stories
After inheriting home-made wrong perception, when one starts looking out, a lot of stories of “going broke because of equities” await one’s realisation. People give examples of how their distant relatives lost everything in this “casino”. This puts water to the seeds put earlier and the tree (wrong perception) starts growing (Anything that starts growing with fear/negativity, grows very fast and is contagious).
Later, when an individual starts his career, he gradually understands that there’s nothing wrong with equities. It’s the way you do it that matters (Yes equities have higher risk, so is the reward). The perception of “casino” starts dying and eventually dies. However, the problems (reasons for not investing in equities) doesn’t end here –

Lack of discipline
Without discipline there is no saving and without saving there would be no capital formation. Heavy expenses never permit one to save and without saving. This is one major obstacle for investing. How will one invest if one doesn’t have capital? The other evil is EMI (I agree it’s required for high ticket necessities like buying house).

Failure to survive
This is another category of investors who starts with trading (leveraged!) to quickly build capital for investing. Leverage trading, as we all know, is really dangerous and it’s almost impossible to make money (I would say avoid losses!). This will, sooner or later, kicks one out of the market. The need to trade on leverage is effectively a derivative of lack of discipline to save (However, this is not the only reason).

Social taboo
This may sound funny but this is true. Just to share an instance, someone I know could only get married very late just because no father was willing to give daughter to an equity guy. In some societies, investment in equities is not looked upon in a good way. They believe money made, if any, in equities is sheer luck and it’s impossible to preserve the wealth so made.
If someone successfully overcomes all this obstacles, there are few others which one has to overcome –

Loss aversion
This is more to do with behavioural bias where people tend to avoid losses. So one stops oneself just because of fear of losing.

Lack of transparency
This is a real problem. Crooked promoters/managements do disguise things really well and one may feel duped at the end. This makes one feel being fooled and puts a spot on the entire investment class.
Although all the above mentioned arguments sound fair, let’s have a look at how it’s been for ones’ who have invested in equities and STAYED THERE FOR A LONG TIME!
Above table is a fair assessment of historical prices and probably (certainly!) equity is the only asset class which can generate such returns CONSISTENTLY over a long period of time. However, we (minorities – market participants) tend to talk more about such wealth creators and this has serious ill-effect. This sets wrong expectations and that’s where the problem starts – the flip side to Equity investments –
Please note, had anyone invested in FD @ 9%, money would have doubled. However as per above table, most of initial investment also has gone with the wind. Now, this looks like real wealth destruction.
It confuses lot of us as what one should do? Assuming one is convinced about equities after reading this article, following points will probably help in avoiding such debacles –
Have realistic return expectations – In the first place, have realistic and REASONABLE return expectations. Now the word reasonable is subjective as apart from one’s ability and willingness to take risk, it depends on the overall market condition and one’s skill in generating the most sought after “ALPHA”.
Understand the business of the company – Know what the company does. Knowing stock price only won’t help.
Understand financials of the company – Do take time and read them properly. There are many red flags which the financials clearly highlight. Have proper note of them.
Understand the valuation – Great companies needn’t be a great investments & vice-versa. Good business bought at reasonable valuation will not only generate good returns over long term, but will also provide good margin of safety in the worst of times.
Understand about the promoter/management – Although equity investment is a medium which helps you own a business, you don’t operate that business. So do read about the person who operates the business (promoter & management) to ensure they are capable to do so in an honest and fair way.
Keep reviewing – You are all the more responsible when you actually put money in a company. Please keep reviewing whether the company is working on expected lines. Neither be over-confident nor be emotional for your investments.

Now, going back to the subject, here’s how one can overcome the obstacles and start investing in equities at the earliest (Remember, compounding becomes all the more powerful, if it’s allowed some more time) –

Build the right perception
Don’t build a perception till you actually know about the subject. It doesn’t mean that one should not pay heed to what people are saying but do own home-work before building a perception.

Instil discipline
This is the backbone for your investments. Let’s take an example – If you had spent ` 55,000 to buy a Royal Enfield motorcycle in 2001, you would now have an old, rugged bike. But if you had saved and invested the same money in Eicher Motor’s share (the company which manufactures Royal Enfield), your investment would have been more than ` 5 crore now. This miracle happens only when one saves and invests.

Avoid leverage
Leverage is a strict no-no when it comes to equities. The only way one can succeed with leverage is by timing it perfectly. Alas, it’s almost impossible to time the market. Once you save and build capital, the need (urge) of leveraging will come down.

Make rational decision
Don’t fear making rational decisions. Although outcomes are uncertain, once you have sincerely followed the process and made a rational decision, you have reduced the probability of going wrong. Remember, it doesn’t ensure all the winners but as Warren Buffet says, “You only have to do a very few things right in your life so long as you don’t do too many things wrong”.

Understand what you do, completely
Don’t invest till you understand. Afford missing the cheapest deal till you understand it completely. As Warren Buffet says, “Buy a stock the way you would buy a house. Understand and like it such that you’d be content to own it in the absence of any market”.
Thus, equity investment is no magic. One can’t (won’t) make money if one buys anything and everything (That doesn’t even happen with safest investment class – Real Estate). It’s neither a rocket science. One should know what one is doing and it should match with risk return objective and horizon. If you start at the age of say 26 and generate 25%-30% return annually, do the maths for knowing your portfolio size when you reach 50. Remember, it’s easier said than done but at the same time it’s doable. Start with building a right perception. 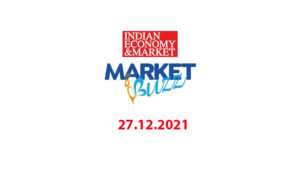 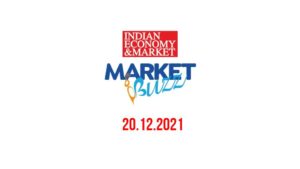