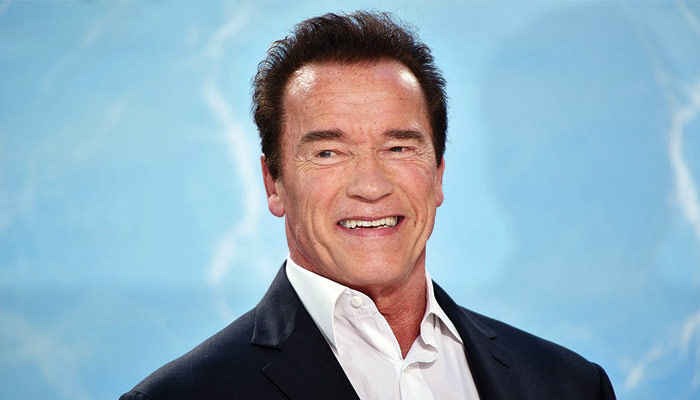 Arnold Schwarzenegger was repeatedly told “you can’t” as he tried to achieve his goals in life, but he managed to shove away the doubt and the distractions of all the naysayers. He became a bodybuilder, succeeded as an entrepreneur, became a movie star, and the governor of California. Many people have asked him, “How did you do it”? His answer comes to him with very little effort. He succeeded because he believed he could accomplish his goals, and he fought tooth and nail to prove to anyone who told him he couldn’t. His commencement address to the graduating class at the University of Southern California is dubbed Arnold Schwarzenegger’s six rules of Success.

Trust Yourself
You have to trust yourself. You have to understand what you want and not what your teacher, mother, father or friends want you to do.
(Arnold knew from an early age he wanted to be the greatest bodybuilder of all time. His parents wanted him to be a police officer, marry a girl named Heidi, have loads of children and live on a mountain like the von Trapp family in “The Sound of Music”. Arnold, needless to say, wanted to get out of Austria, go to America and be a champion. He trusted himself, created a vision of what he wanted to achieve and went after it.)

Break the Rules
Remember, you have to break the rules to succeed.
(Arnold Schwarzenegger spoke about the inspiration he received from the example of one of his friends named Franco Columbo. Columbo, was a 5 foot, 5 inches bodybuilder who wanted to be a world champion. Despite the trend of crowning only the tall and big guys with titles, such as Mr. Universe and Mr. Olympia, Franco Columbo broke the rules, entered the competitions anyway and won Mr. Universe three times, Mr. World and even went on to win Mr. Olympia twice! Many people told Arnold Schwarzenegger he couldn’t be an actor. The rule was actors with accents couldn’t be leading men, so he broke the rule. He took acting classes, English classes and accent removal classes. He worked hard and eventual became a leading man.)

Don’t be Afraid to Fail
You have to take some risks, in order to succeed. Even if this means you might fail. Winners always get up, dust themselves off and keep going. A failure is someone who falls and never gets back up.
(When Arnold Schwarzenegger was bench pressing 400 lbs and wanted to move up to 420 lbs, he knew fear of failing would stop him from trying an increase in weight.)

Take No Notice of the Naysayers
The most important – Take No Notice of the Naysayers.
(Arnold Schwarzenegger admits that if he had listened to the people in Austria who told him he couldn’t, he would still be in Austria, right in the Alps, yodeling. As a 15 year old, whenever he told people he wanted to be a champion bodybuilder, there was always someone who told him it was impossible. Bodybuilding, at the time in Austria, was perceived as an “American sport.” Later, he again ignored the naysayers during his run for governor of California. He was told he couldn’t become a governor until he had been elected as the mayor, to the city council, a state senator. Once he had secured those offices then, just maybe, he could run for governor. Arnold Schwarzenegger didn’t listen to them, ran for governor, was elected governor of California two months later and the rest is history.)

Work Hard
There are 24 hours in a day. You sleep 6 hours, and there are 18 hours left. Most people work 8-10 hours, which leaves about 10 hours left. Many people’s excuse for not working out is because they can’t find the time. If you just save 30-45 minutes a day to work out, you can have the time. It’s important to use those 24 hours in a day wisely. You have to work hard to become successful, because there are no shortcuts.

Give Something Back
Know the importance of giving back. To help others on their roads to success. Everybody needs a helping hand every now and again.
(Arnold Schwarzenegger thanks the people who helped him on his road to success in show business, politics and the rest. He returns the favor by helping others. He has established after school programs and helps with the Special Olympics.)