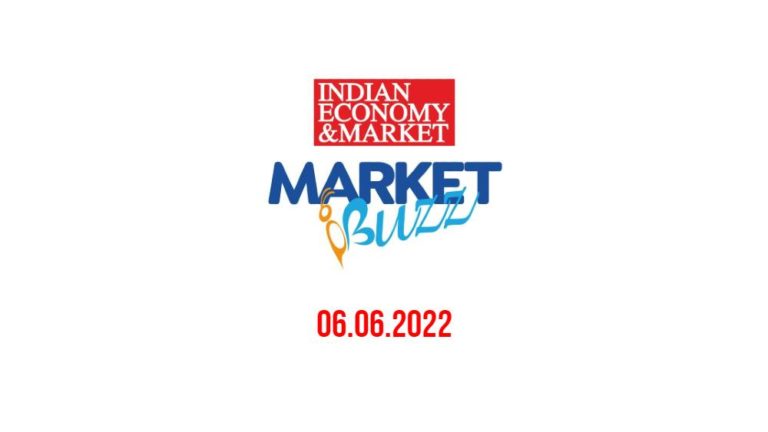 LG Balakrishnan & Bros, the leading auto ancillary company, has posted good numbers. In FY22 it has recorded the highest ever performance as sales, operating profit and net profit increased 31, 54, and 84 per cent respectively. Last year it paid 100 per cent dividend but this year it has announced 150 per cent. As auto sales are picking up, with 11.11 per cent stake with Mutual Funds this counter is the best in its space. From its high of Rs 735 it has corrected to Rs 560 and that makes it good long term portfolio pick.

Elecon Engineering Company was discussed here on April 4 when it was trading at Rs 155 and again when it was at Rs 205. Although most of the midcap and smallcap companies have corrected almost 50 per cent, this stock is still trading at Rs 230 which is the highest level after 2008. For the full FY sales was up from Rs 1045 crore to Rs 1204 crore, operating profit from Rs 186 crore to Rs 246 crore and with operating profit margin of 20 per cent the net profit increased from Rs 58 crore to Rs 140 crore. These numbers are highest and the best after 15 years. In the negative market sentiment the stock kept rising and outperformed it. We see a good up move from here also.

Ramkrishna Forgings, one of the leading suppliers of rolled, forged and machined products, in Q4 has clocked 38, 38 and 148 per cent increase in its sales, operating profit and net profit respectively. On the yearly basis sales, operating profit and net profit increased by 80, 132 and 858 percent respectively. It was historically its best ever performance. In last October it was trading at Rs 252 and now available at Rs 165 only. Some big names like Aakash Bhansali and Lata Bhansali hold 2.53 and 3.30 per cent respectively in the company. It is good time to accumulate.

Kolte-Patil Developers has its presence in the fast-developing markets of Pune, Mumbai and Bengaluru. In FY22 sales increased 62 per cent, operating profit 198 per cent and against Rs 6 crore losses the company recorded Rs 79 crore profits. In FY22 it has recorded highest ever sales value, highest ever Mumbai sales value, and highest collections. In FY22 its net debt reduction was Rs179 crore. Management has given very good guidance for this year with an assurance of 25-30 per cent sales value growth on the basis of around Rs 4600 crore topline potential. Against 52 Weeks high of Rs 360 the stock is trading at Rs 258 only.

PNC Infratech has proven expertise in the execution of major infrastructure projects, including highways, bridges, flyovers, power transmission lines, airport runways, and industrial area development. Active in 13 states it has completed 78 projects. On March 31, 2022 it had more than Rs21,000 crore worth of orders which includes L1 clear bidding of Rs 8446 crore. In FY22 sales was Rs 7208 crore, an increase of 24 per cent, whereas net profit was Rs 580 crore an increase of 17 per cent which was highest ever in its history. Taken into account its Rs 21,000 crore order book against FY22 sales figure it has 3 years orders to fulfill. It was trading sometime back at Rs 396 but at 11PE it’s available at Rs 256 only. It is one of the best counter in infra space.

M&M Finance, a Mahindra group company, has been constantly growing despite various scams and troubles the NBFC sector has been facing right from ILFS and DHFL days. M&M’s disbursement in Q4 increased 54 per cent whereas on yearly basis it was Rs 27,581 crore up, by 45 per cent. The management has given update for May also. In April and May total disbursement was Rs 5686 crore, an up move by 169 per cent correspondingly. In May alone it was Rs 2973 crore, up by 272 per cent. The big news is – collection efficiency was 95 per cent. In FY22 the profit was Rs 1137 crore, an increase of 47 per cent. Rural demand is increasing where it has strong presence. In 2018 the stock was trading at Rs 326 now available at Rs 185 only. Keep an eye.

NELCAST is the only company that manufactures Ductile & Grey Iron Castings with 1,60,000 MT capacity per year, used in the Global Automotive, Tractor, Construction, Mining, Railways and General Engineering sectors. In FY22 its sales increased 51 per cent while profit was up by 57 per cent and company recorded 75 per cent jump in its exports. The management has given very encouraging guidance for FY23 saying the effect of headwinds like Ukraine war has receded and there is again huge demand of its products. Increasing sales of autos, tractors etc, will be beneficial for the company. In July 2021 it went up to Rs 100 but available right now at Rs 63 after the correction. With very limited downside Nelcast has all the potential to become a multibagger.