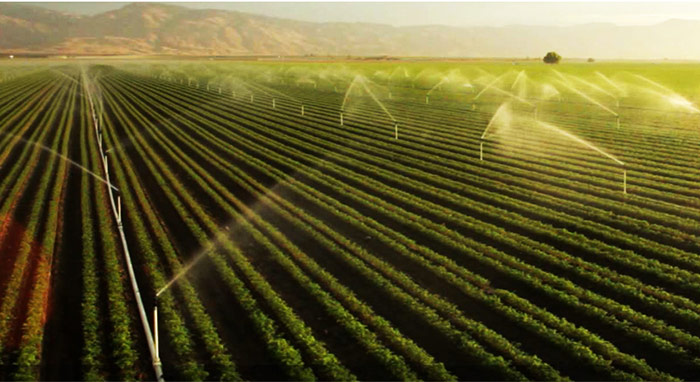 With the potential of an easy multibagger

Kisan presents the widest, most comprehensive and cost effective range of PVC products, which are manufactured in five modern production facilities located across India. Kisan has been successfully manufacturing and marketing its products under the brand named KISAN and CLASSIC with a strong network of distributors and dealers spread across the length and breadth of India. Company caters to the need of top line clientele which comprises the likes of TCS, BSNL, Reliance Info, Shapoorji Paloonji group, BHEL, Hindalco, L&T, HCC, Rahejas etc. The company has a rich product portfolio- Construction: CPVC and ASTM Plumbing Systems, SWR Drainage Systems, Composite Piping Systems; Infra and sanitation: PVC Pipes & Fittings, HDPE Pipes, Underground Drainage Pipes; Agriculture & Micro irrigation Systems: Agricultural PVC Pipes & Fittings, HDPE and Submersible Pipes; Consumer products: Moulded Furniture. With its head office in Mumbai, the company has 10 branch offices across the country including all major regional cities. It also boasts of 3000 strong dealer/distribution network with over 500 exclusive Kisan dealers.

At the first glance, the company looks in a terrible state. It closed last fiscal with Rs 465 crore of revenues and a loss of Rs 20 crore. The serial equity diluter (7 crore equity cap to 29 crore in last 10 years) also defaulted on its interest payment obligations. The debt in the book stands at over 250 crore. Even its credit ratings were suspended. Promoters further have pledged 64% of their holdings. So why Kisan mouldings?

Just like most United Marwari families, the company was managed by four brothers. From indecision to inaction to laid back family managed approach aka mismanagement, it almost had everything required to put up a dumb show. Fortunately, things have started changing for good. They recently had a family settlement where the smartest one, Sanjeev Agarwal bought out the remaining three. His son Rishav Agarwal, who is highly qualified, is at the forefront. He has been changing the course of the company – like he organized distributor’s meet, automated the Tarapur plant which will eradicate 1000 tonnes of scrap resulting in annual savings of nearly 10 crore of working capital and making its product undisputed.

It’s moving to a leaner business model by focusing on products and markets with faster rotation of funds. Rationalising employee costs and other expenses allow it to spend in the right places. Earlier the company had factories in Phulera, Baddi, Raipur and Roha and all have been shut and machines shifted. Some excess land at Tarapur being considered for sale as well. With closing offices, and godowns it has moved to direct factory dispatches. It has been selling owned assets and moving to rent. It has a list of idle assets for selling – Factories at Raipur (5 cr.), Baddi (6-7 cr.), Tarapur land (6.5 cr.); Godowns at Indore (4.5 cr.) and Dewas (1 cr.); and offices in Indore (1.5 cr.). Project sales is to be at least 100 crore per year from 50 crore currently. It has been moved to distributor model – promoting large distributors of over 20 crore per year. Currently none at that level, but 3 already identified. It is focusing on high GP products like SWR, Column, Micro, fittings.

Plastics are increasingly replacing conventional materials such as steel, glass, paper, iron, aluminum and leather largely due to its cost effectiveness and durability. Plastic pipes have replaced almost 80% of galvanized iron (GI) pipes in plumbing because GI has zinc-oxide, which corrodes over time. The Indian pipe industry is dominated by plastic pipes, of which PVC is the most prominent. It is also expected that plastic pipes will contribute 51% of the total pipes demand by 2020. The total polymer pipe industry in India is currently around Rs 18,000 crore, estimated to be growing at 8-10% per annum. Certain segments within the polymer pipe industry have shown a higher growth rate in the past, like CPVC which has demonstrated a growth rate of around 15% per annum. Unorganized to organized sector market share is split at 40:60%, but GST will ensure boom time for the ethical organised players.

The company has a total capacity of 1,02,000 tonnes per annum. A close look at what it possesses:  PVC pipe capacity 65000 tonne, PVC fittings 15000 tonnes, CPVC 6000 tonne, HDPE pipes 5000 tonnes, Furniture 8000 tonnes, Micro irrigation 3000 tonnes. Last fiscal Kisan operated at just 40% capacity. Even if it grows by as high as 30% CAGR, it doesn’t need any capex for at least next 3 odd years. Another very important aspect happens to be its total area available and plant, building construction difference. On an area available of 294000 square meters, the plant, buildings are constructed on just about 90000 square meters. So even if it exhausts all its capacities, the land remains available to expand further. So OCF could be used in repaying the debt. Real estate demand is expected to increase with new Real Estate Bill in force and increasing government spending on affordable housing. Secondly, mental acceptance of CPVC and PVC pipes as a replacement to GI will create 10,000 crore markets.

Xian was able to pass on its RM costs consistently over the last decade, which insulates it from the vagaries of input fluctuations. Rishav Agarwal, though, comes with visionary ideas, lacks experience. Kisan story mostly is dependent on his ability to steer it ahead by putting a check on working capital, introducing newer products, higher productivity, rationalizing costs and retiring debts. To repay debt and garner WC did a preferential issue and collected 30crs. Though it diluted equity by nearly 35%, but they had little to do considering the precarious, near bankruptcy position. As per the promoters, after family settlement and post pref issue, nearly 82% of the equity belongs to them and their close friends. However, officially promoters own 51% stake. The distributor’s mood is upbeat as one of them said that things are moving at a lightning speed and they have recorded sales figure never achieved in the history of the company.

The company has acquired Inclination Trade which is in polymer trading. The logic behind the acquisition is bulk RM Purchase requires large lots and this firm will allow it to purchase and trade a bit. The rising prices of polymer are signs of higher upcoming demand. Kisan few months back did a survey of its products viz a viz with its competitors and found a few of its products were heavier by 100-150 grams. The management has initiated the process to check and adjust the weight, which will again help it to save costs. Some distributors of other prominent companies are about to shift to Kisan due to thin margins elsewhere. The company has recently launched water tanks which are directly competing with the likes of Sintex. The EBITDA margins in the business would be very healthy at over 17-18%. The company aims to have a contribution of Rs 80 crore from this segment within the next 3 years.

The company so far has delivered a pleasant set of numbers in its nine months (adjusted demonetization effect). It is hopeful of delivering a top line of Rs 600-620 crore in the present fiscal with an EBITDA of 12% and that should make a profit of Rs 14-15 crore which would be the highest since inception. The company targets to achieve a top line of Rs 1000 crore within the next 3 years at an EBITDA of 15%. Even if it achieves closer to its aim, the stock would be a wealth creator. Amulya leasing which has less than 40% of Kisan’s capacity quotes at more than Kisan’s valuations. Finolex, Astral and Supreme though in different orbits, quote in the band of 2-3x their annual revenues. Even on EV/EBITDA, they quote in the range of 12 to 30. It also should be prudent to note that in 2013, Belgium’s Aliaxis acquired a majority control in Ashirwad Pipes for a valuation of Rs 1600 crore when it delivered just Rs 600 crore of topline and Rs 45 crore of EBITDA. So, if Kisan achieves its three year target by 2020, the stock would be an easy multibagger.

(A disclaimer: The views expressed herein as of April 25, 2017 are based on publicly available information and other sources believed to be reliable. The information contained in this document does not have regard to specific investment objectives. Neither IE&M nor any person connected with them, accepts any liability arising from the use of this document.)