The Good, the Bad and the Ugly of IPOs in 2018 And you can still clutch these 5 companies 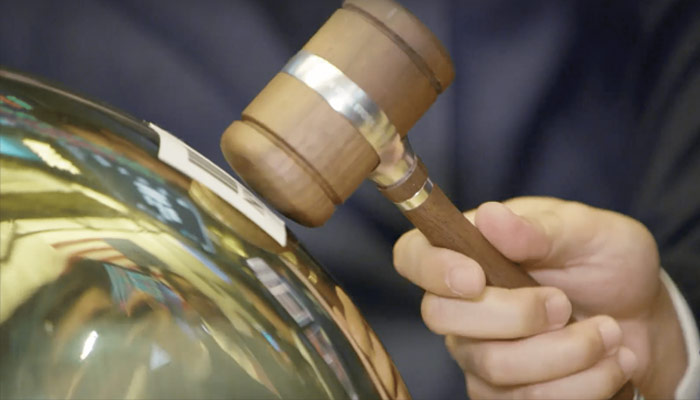 The heightened volatility in the equity market has led to a substantial drop in primary market activity. Around 60% of the companies listed this year are trading below their listing price. And when the chief of the capital market shows his concern about lacklustre volume in new stock offerings, this suggests something is amiss with the market. In a recently held annual meeting of investment bankers in Mumbai, Sebi chairman Ajay Tyagi said it was a cause of worry that the initial public offerings (IPO) are not picking up. In the year 2018, only 24 companies approached the capital market to raise money. This is despite Sebi giving the nod to 40 companies to raise money through the primary market. Even in terms of volume this year (2018) saw a total of around Rs31,000 crore raised against the approval of Rs60,000 crore. Compare this with the last year 2017 when 36 companies accessed the primary market to raise Rs 67,147 crore. Thus, we see a yearly fall of 33% in volume and a huge 54% in value terms.

The figure for this year would have been even lower, had a long-term capital gain (LTCG) was not introduced, which hurried various issues. It is evident from the numbers which shows that one third or 8 IPOs were launched and closed in the month of March 2018 alone as LTCG was being introduced from April 1, 2018. Many parent companies listed their subsidiaries in order to save on their LTCG tax. For larger issues delay in the issue would have meant a tax outgo of more than Rs100 crore.

According to the Prime Database, the largest IPO in 2018 was from Bandhan Bank for Rs4,473 crore and the average deal size was a high Rs1,290 crore. Only 6 out of the 24 IPOs that hit the market had a prior PE/VC investment and Offers for sale by such investors at Rs3,242 crore accounted for 10% of the total IPO amount. Offers for sale by promoters at Rs17,697 crore accounted for a further 57% of the IPO amount. Out of the 24 IPOs, 17 companies had anchor investors, which collectively subscribed to 32% of the total public issue amount whereas DIIs played a significant role as anchor investors, with their subscription amounting to 16% of the amount.

With the start of the financial year (FY19) we have seen only 10 IPOs and none in the last couple of months. Analysing the entire IPOs of last year, we see that it is the finance companies that have tapped the primary market most to raise capital. A little more than one-fifth of companies are from ‘finance’ sector that raised one-third of the total funds raised through this route. (See the table that gives sector wise segregation of companies that approached the capital market to raise funds).

Investors are facing such losses due to the exorbitant pricing by the merchant bankers as indicated by the Sebi Chief when he said that the merchant bankers have a role to see that an issue is reasonably priced and which is acceptable to both issuers and investors. Other reason may be due to the bad market condition that is leading to their bad performance. We believe that the situation will remain same for another six months till the conclusion of the general elections although the Sebi data shows that 59 companies are holding SEBI approval wanting to raise nearly Rs63,170 crore and another 19 companies wanting to raise nearly Rs18,067 crore are awaiting SEBI approval.

If you’ve missed the bus, you can still clutch these 5 companies

To understand what has impacted the price performance of the newly listed companies IE&M Research Team has meticulously analysedtheir financials and business fundamental to understand their future movement. The teamhas narrowed down five such companies that are trading below their issue price currently, but still have huge potential in them going forward. These are graded according to their potential which must be taken into account before taking any investment decision.

Incorporated in 1987, Sandhar Technologies (Sandhar) is a Gurgaon based company, engaged in OEM component manufacturing industry. It is a component supplier primarily catering to automotive OEMs and is largely focused on safety and security systems of vehicles with a pan-India and growing international presence. Sandhar commenced operations as a sheet metal product supplier to Hero Honda and has steadily diversified into locks, automotive mirrors, handles, zinc and aluminium PDC, plastic injection moulding, dyes and moulds, wheel rims, handle bars, clutches, operator cabins, and automotive electronics.

For Sandhar Q2FY19 was noteworthy with sales up by 24% at Rs536.63 crore on yearly basis. The EBIDTA was up by 37% at Rs60.08 crore and PAT at Rs26.04 crore was up by huge 76% in the same period. PAT margin stood at 4.85% for Q2FY19 up from 3.42% in Q2FY18. Sandhar is among the top five diversified auto ancillary listed entities in India. We believe Sandhar has now entered into a high growth phase wherein its sales and PAT are expected to grow at higher teens for next couple of years. The next leg of growth will be led by new JVs. Hence, who had invested in IPO should remain invested and new investors can also take exposure to this scrip.

This IPO performed for the initial three months of listing, however, it declined later on and is still languishing. Nevertheless, the financial performance of the Company remained quite strong. For the second quarter of FY19, it has reported robust execution of Rs430 crore, up by 82 % on yearly basis. The operating profit came at Rs65 crore, which is again 82% higher in the same period. EBITDA margins remained at a comfortable level of 14.5%. Net profit came in at Rs24.37 crore, an increase of 35% on yearly basis.

HG Infra Engineering has a current order book of Rs4880 crore, which comes to around 3.5 times of its FY18 revenue. Bid pipeline is strong with HG Infra targeting EPC packages running through Rajasthan in Greenfield Mumbai Delhi Expressway and Amritsar-Jamnagar Expressway. Total EPC order size could be Rs50000 crore. HG Infra is targeting to bid for 60% of this and is expecting 10-15 % win rate hence we can expect Rs300 crore of new EPC order inflows in second half of FY19. The company’s healthy balance sheet (current gross debt is Rs390 crore and net D/E is 0.48x), strong RoE/RoCE in the range of 19-22% range raises confidence in the company’s future. The management even plans for reduction in debt going ahead. Hence, given its strong credit history, a robust balance sheet, strong revenue visibility and execution track record, we expect HG Infra to outperform market going ahead.

ICICI Securities (ISEC) is one of the worst performing IPO of 2018. Currently it is trading 50% below its issue price of Rs520. Nevertheless, the worst is behind. The reason for underperformance of the scrip is more attributed to IPO pricing issues rather than the business fundamental of the company. ISEC has the highest number of retail customer base, around 42 lakh. There are around 415 lakh debit card holders of ICICI Bank, which means less than 10% of the total potential customers have been tapped. This indicates that the Company still has huge headroom for growth. The Company has grown active client base at 12.5 per cent CAGR over FY14-18.

Besides the broking business, the Company has built strong distribution business. Over time ISEC has transformed itself from being just a broker to a distributor of financial products. The share of distribution business has increased 22.8% of revenues in FY13 to 26.2% in FY18. Although, total expense ratio of mutual fund has been reduced, we expect the growth in business to continue, albeit at slower pace. The share of the Company is likely  to outperform going ahead, given its leadership position (around 9.2% market share in direct equities and a mutual funds distributor asset under management of Rs 30,500 crore) and strong headroom available for growth.

IRCON International which was earlier known as Indian Railway Construction Company pioneered the capital market in September 2018. Nonetheless, the debut was not good and it listed below the issue price. Since then its share price continued to languish, however, in recent time it has shown an improvement, yet down by 5% from its issue price. Despite this it still continues to be a good bet for risk taking investors as valuations remain depressed and growth prospects are yet to be factored in by the market. The Company generates 87% of its revenue from the railways. Because of opportunities in the railway sector and its monopoly in undertaking such projects, it has emerged as one of the fastest growing state-run entities. This has helped the Company to have a strong order book of of close to Rs22,400 crore, which is six times its FY18 revenue. This provides a strong revenue visibility. During Q2FY19, the Company reported 33% revenue growth, with profits expanding 152% on a year-on-year basis. While the current order book should ensure growth, the Company is also increasingly looking into international markets and focusing on larger projects to drive higher growth. That apart, it is also gradually reducing its dependence on the railways, which accounts for close to 87% of its order book. Company’s strong revenue visibility, better return ratios and strong dividend yield of around 5% make it a good bet for risk aversive investors.

Bharat Dynamics (BDL) is one of the leading defence PSU, engaged in the manufacture of Surface to Air missiles (SAMs), Anti-Tank Guided Missiles (ATGMs), under water weapons, launchers, countermeasures and test equipment. It has three manufacturing facilities located in Hyderabad, Bhanur and Vishakhapatnam and the sole manufacturer and supplier for SAMs, torpedoes, ATGMs to the Indian armed forces. Additionally, BDL is engaged in the business of refurbishment and life extension of missiles manufactured. BDL aims to enhance its market position by expanding the capabilities, capitalising on opportunities both in domestic and international markets and to enhance its competitiveness. BDL has a healthy order book of more than Rs11000 crore, comprising the Akash weapon system, LR SAM, MR SAM, INVAR (3 UBK 20) ATGM and Konkurs-M ATGM. Going ahead, the strong order book will further help in boosting BDL’s topline. Company has delivered consistent growth over the last five financial years both on financial and operational metrics. BDL’s revenue and PAT grew at a CAGR of 39% and 11% respectively over FY14-17. Additionally, the company has been continuously delivering positive return ratios over the last five fiscals. Over FY14-17, BDL’s average RoE and RoCE stood healthy at 26% and 38% respectively. The Company has consistently declared dividends over FY13-17. The shares of the company are currently available at a PE ratio of single digit. This along with debt-free balance sheet, negative working capital and healthy return ratios make the scrip attractive at current price.